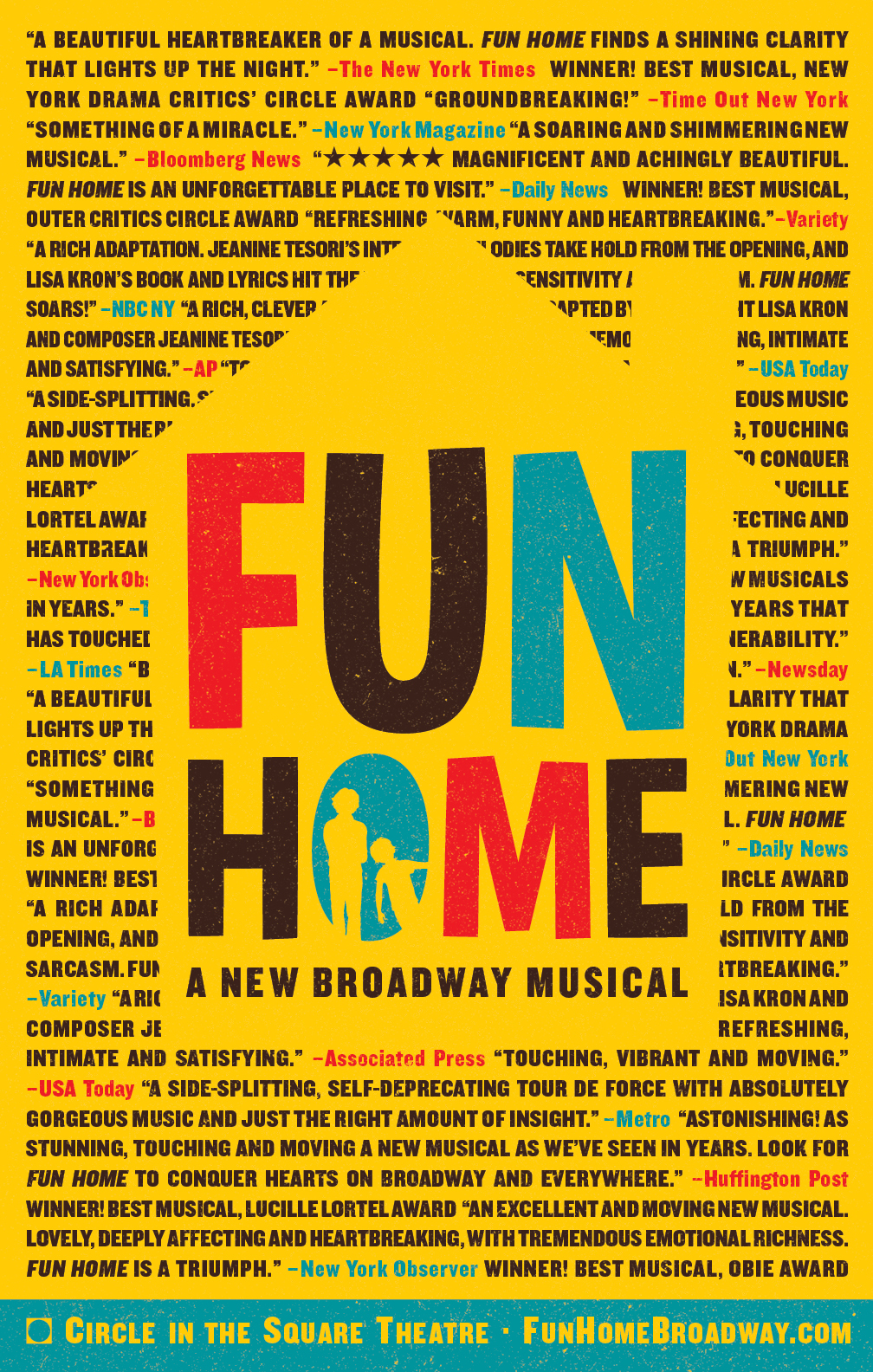 Create key art for Fun Home, a new Broadway musical based on the award-winning graphic novel memoir of the same name by Alison Bechdel. The show won numerous awards and critical acclaim during its off-Broadway run at the Public. Our intent here was to make the show feel like an event in its transfer to the Broadway stage, yet still feel true to Alison's remarkable source material.

We used negative space to define our mark, and the awards and quotes as a background texture. A color palette that alludes to the classic board games of the 1970s allowed us to allude to the time period of the show in a manner that is fresh and fun.

The house outline around the title treatment allowed us to play upon the meta-narrative of the show and take a novel approach to 2-dimensionality that feels powerful and graphic. The quote-based background helps eventize the show without feeling too self-important.