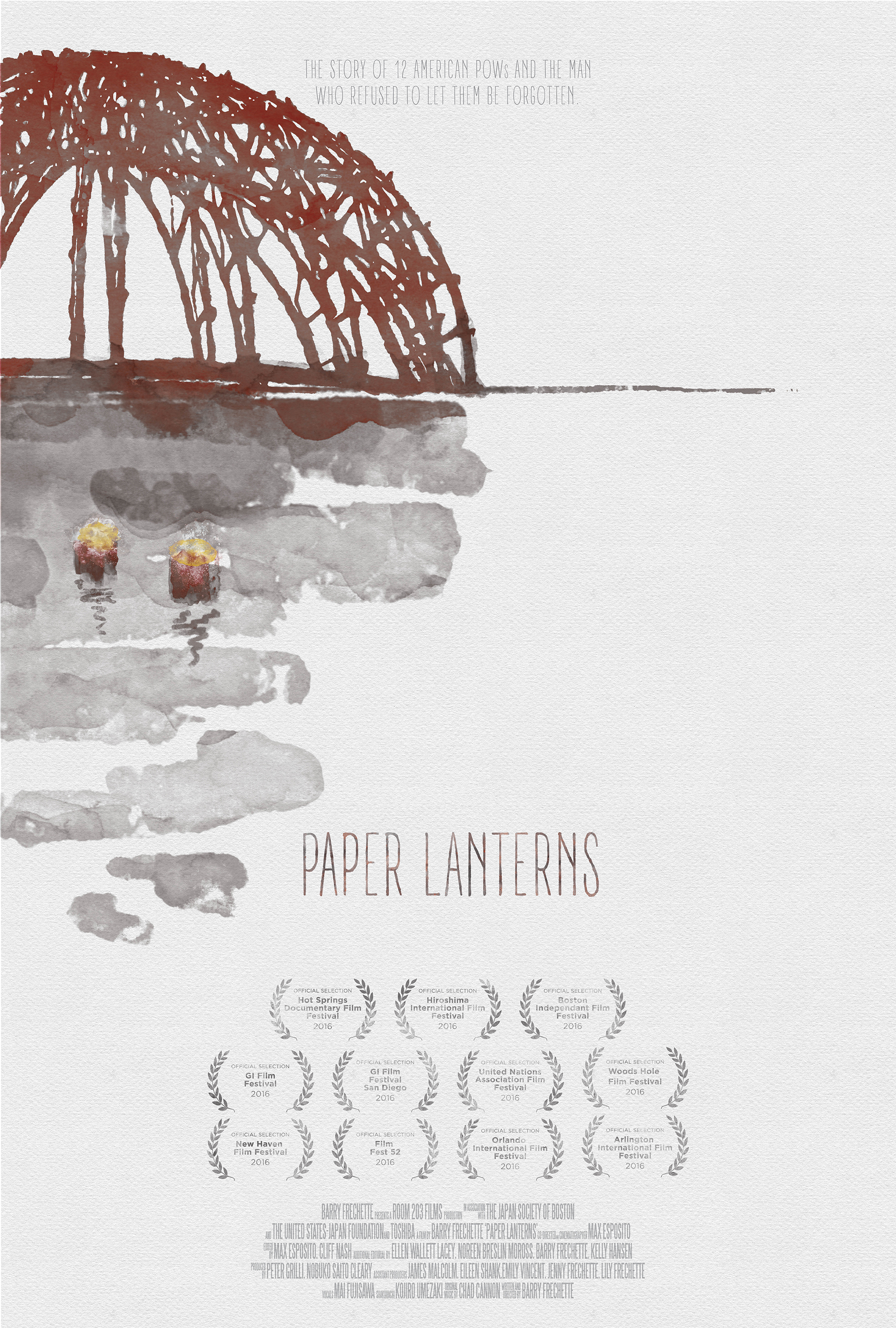 To create a poster for documentary film supported by the agency.

The film tells the story of Shigeaki Mori and his role in researching the 12 American POWs killed in the atomic bombing of Hiroshima. Since many of the survivors of the bombing had nothing but their memories, they used simple drawings to capture what they remembered from August 6th, 1945. The designer wanted to use that inspiration to bring a simple and stark handmade feel to the poster and other collateral work.

The poster has been shared throughout the world in various screenings, festivals and presentations to heads of state in Japan and the USA.