The Art of Magic Souvenir Sheet 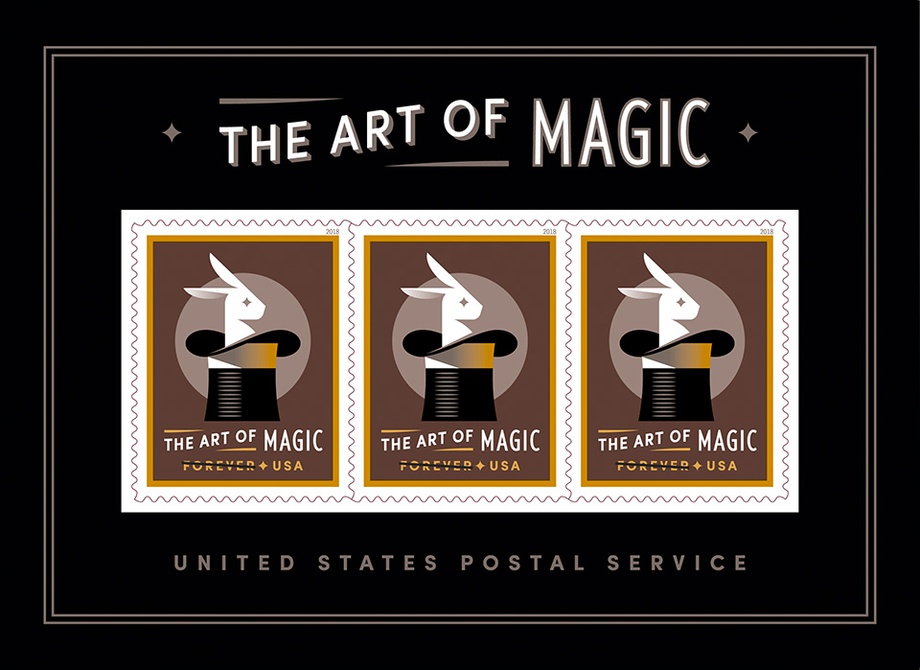 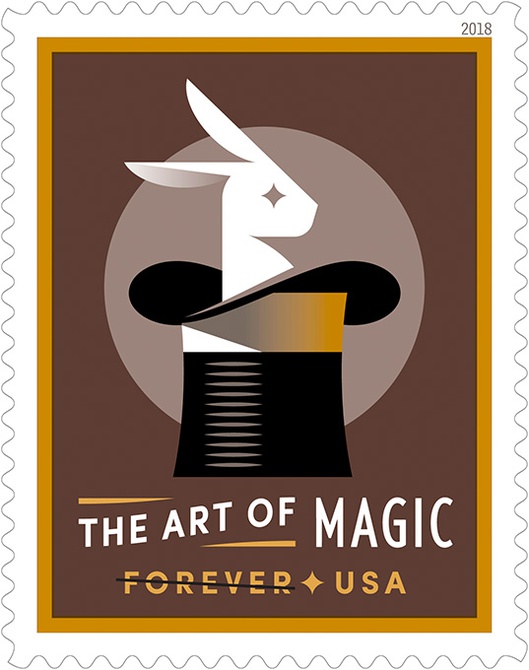 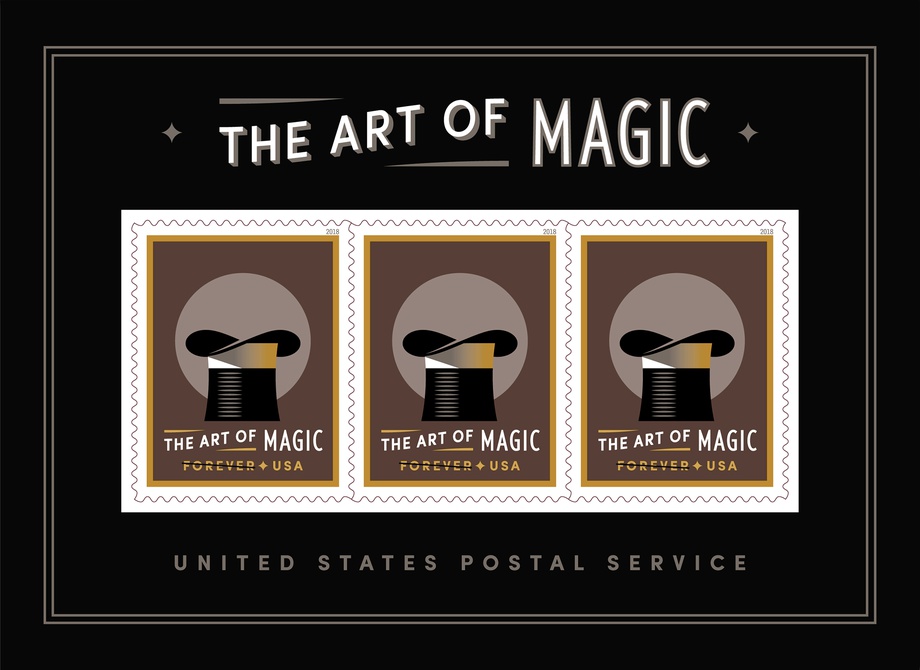 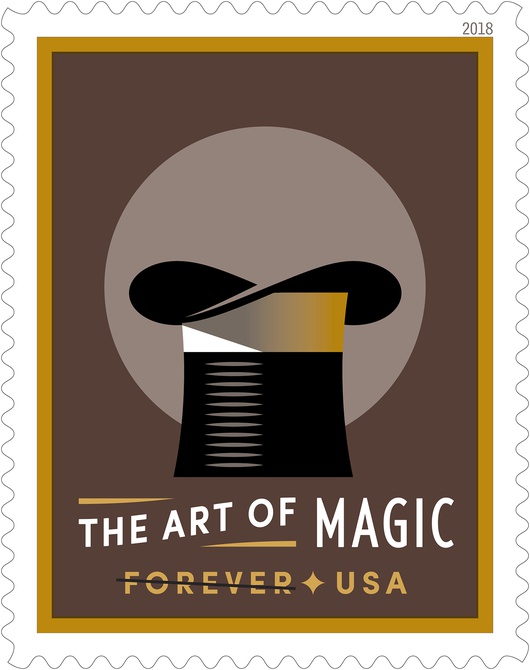 The task was to create a stamp product to accompany The Art of Magic stamp pane, which depicts 5 classic illusions in magic.

The design decision was to choose one of the illusions and use a lenticular effect to mimic that magic trick. "Production" is the act of making an object appear out of thin air. The classic version of the production illusion involves a magician pulling a rabbit out of his or her top hat. Over time, the hat trick has become synonymous with magic itself, so the hat trick was chosen for the stamp effect. By rotating each stamp, you can see a white rabbit popping in and out of a black top hat.

Members of the magic industry and the general public alike enjoyed the lenticular effect that that mimicked the famous "rabbit out of a hat" trick.