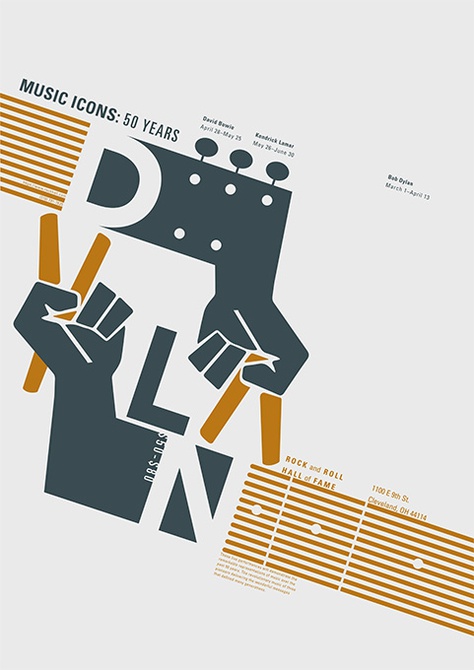 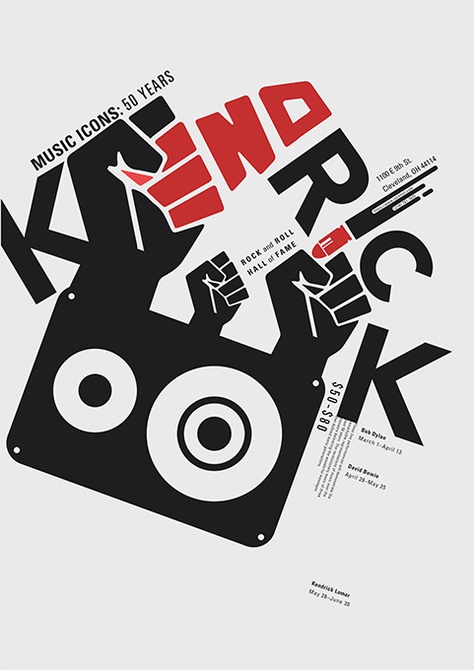 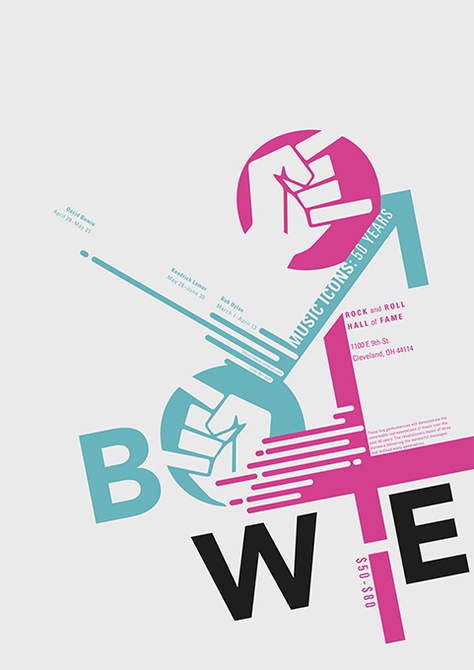 Title
For the Greater Cause

I used the method of inversion to complete the poster series. The method of inversion is apparent because of how sometimes the type takes on pictorial properties and sometimes the image takes on typographic qualities. Examples of this would include: the “e” made out of the black power fist in Kendrick Lamar’s poster, the rock on hand carving out a shape of the “o” in David Bowie’s poster, the body text acting as strings, and the hand making the “y” and “a” in Bob Dylan’s poster. In addition, I also used meta symbols in my series to represent what the artist advocated. I also used the hands to distinguish the differences between the different artists and to unite them through a common element. Another way I united the posters was through foreground-background interaction and common aesthetic elements.

Each of these musical icons were advocates for a cause greater than
themselves. Their method of expression was music and performance.
Kendrick Lamar has sung about the treatment of African Americans
in the United States. He is involved in the Black Lives Matter Movement.
David Bowie influenced many in terms of identity with his everchanging
image and androgynous characters. Bob Dylan fought for freedom and
peace with his musical artistry in the Civil Rights Movement.