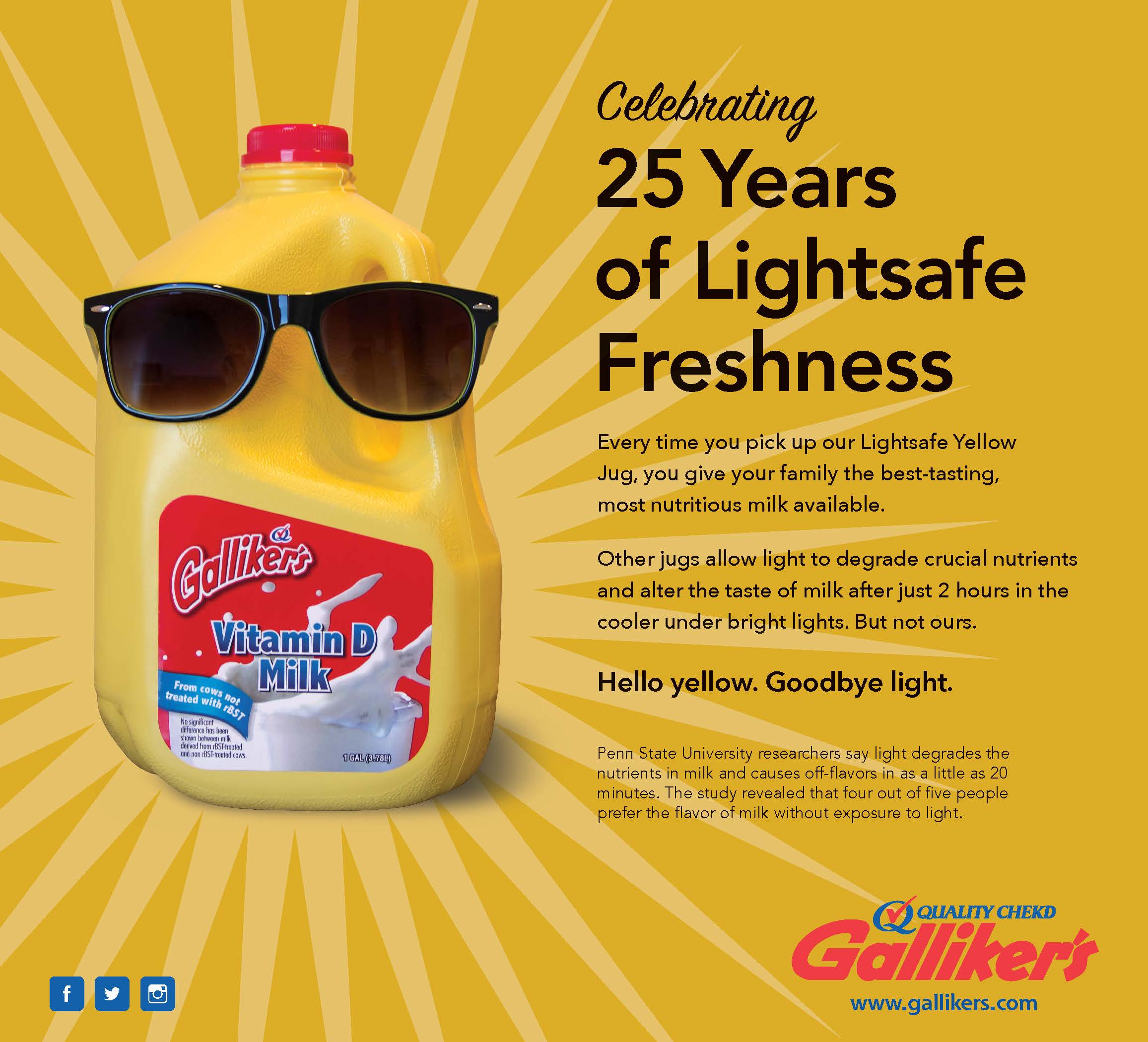 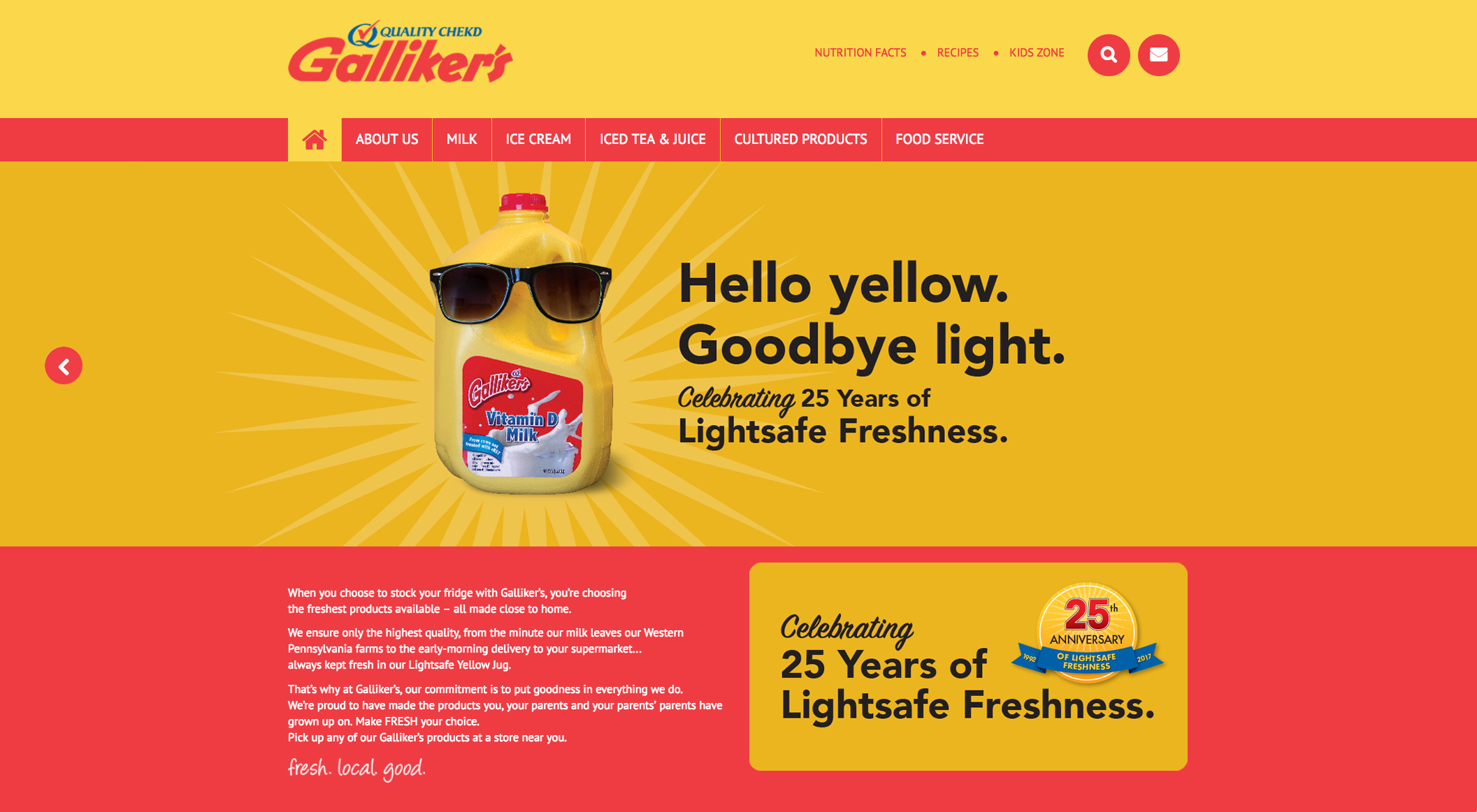 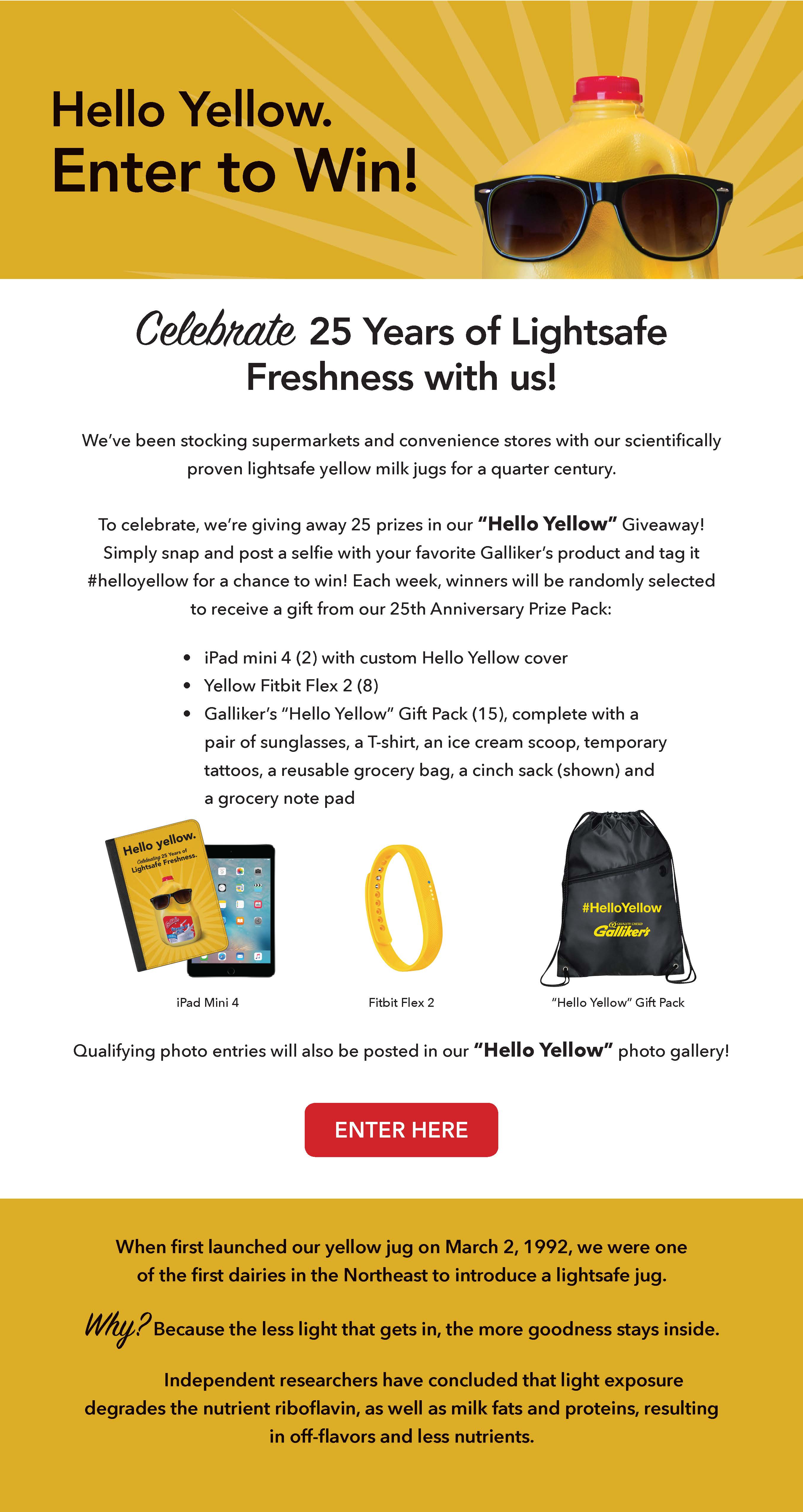 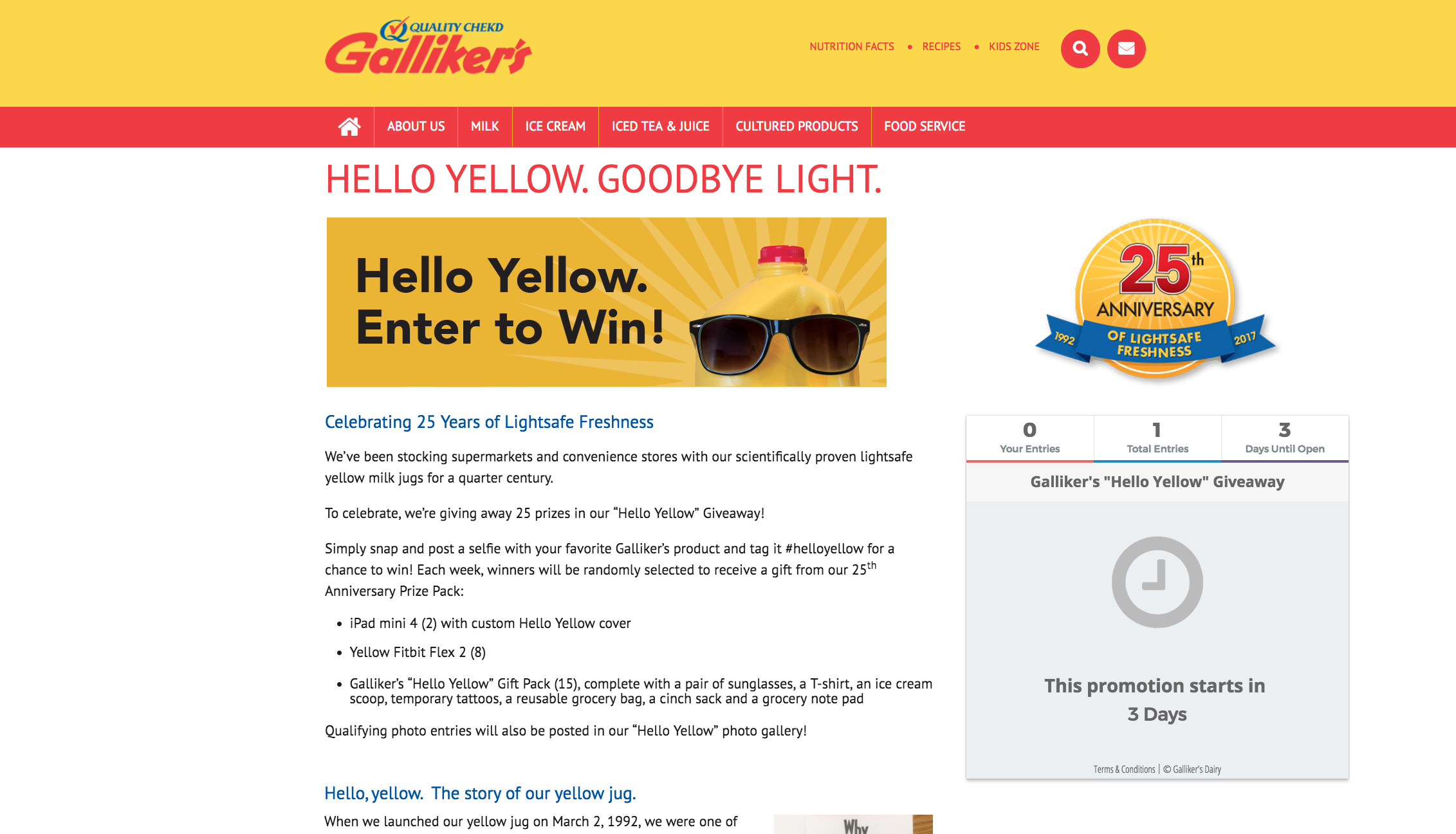 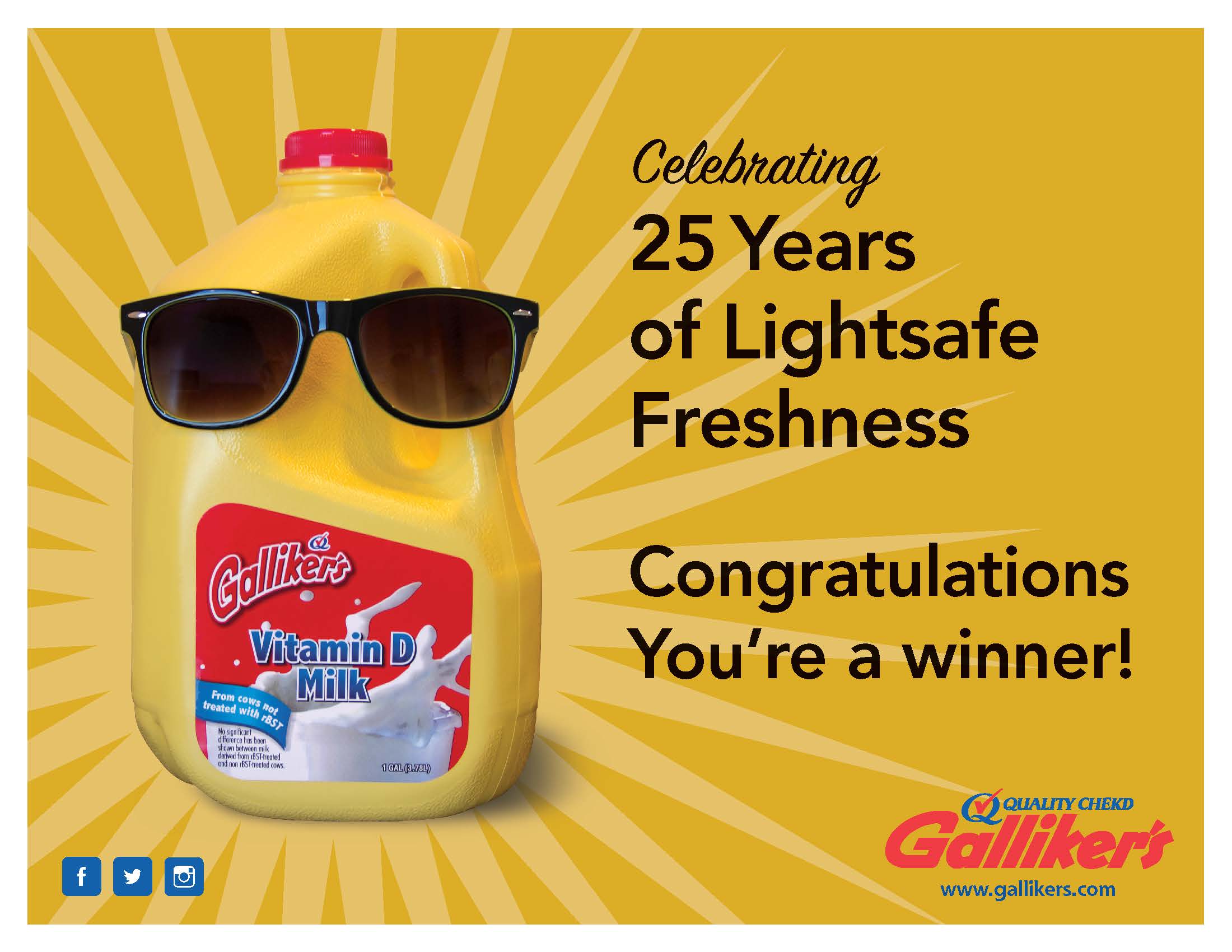 Galliker’s Dairy Company became one of the first dairies in the Northeast to introduce its lightsafe jug – a research-backed method of preserving milk’s freshness and flavor. The yellow jugs launched on March 2, 1992, and to celebrate the 25th anniversary, Galliker’s tasked Elias/Savion with creating an awareness campaign.

The agency developed the “Hello Yellow” campaign, designed to both raise awareness for the anniversary and shine a light on the scientific value of the brand’s beloved yellow jugs. We deployed a mixed media campaign with traditional print, outdoor, radio, web and social ads as well as branded items such as a door cling, grocery list notepad, a rail tag and more. We also launched a Facebook contest to promote word-of-mouth buzz.