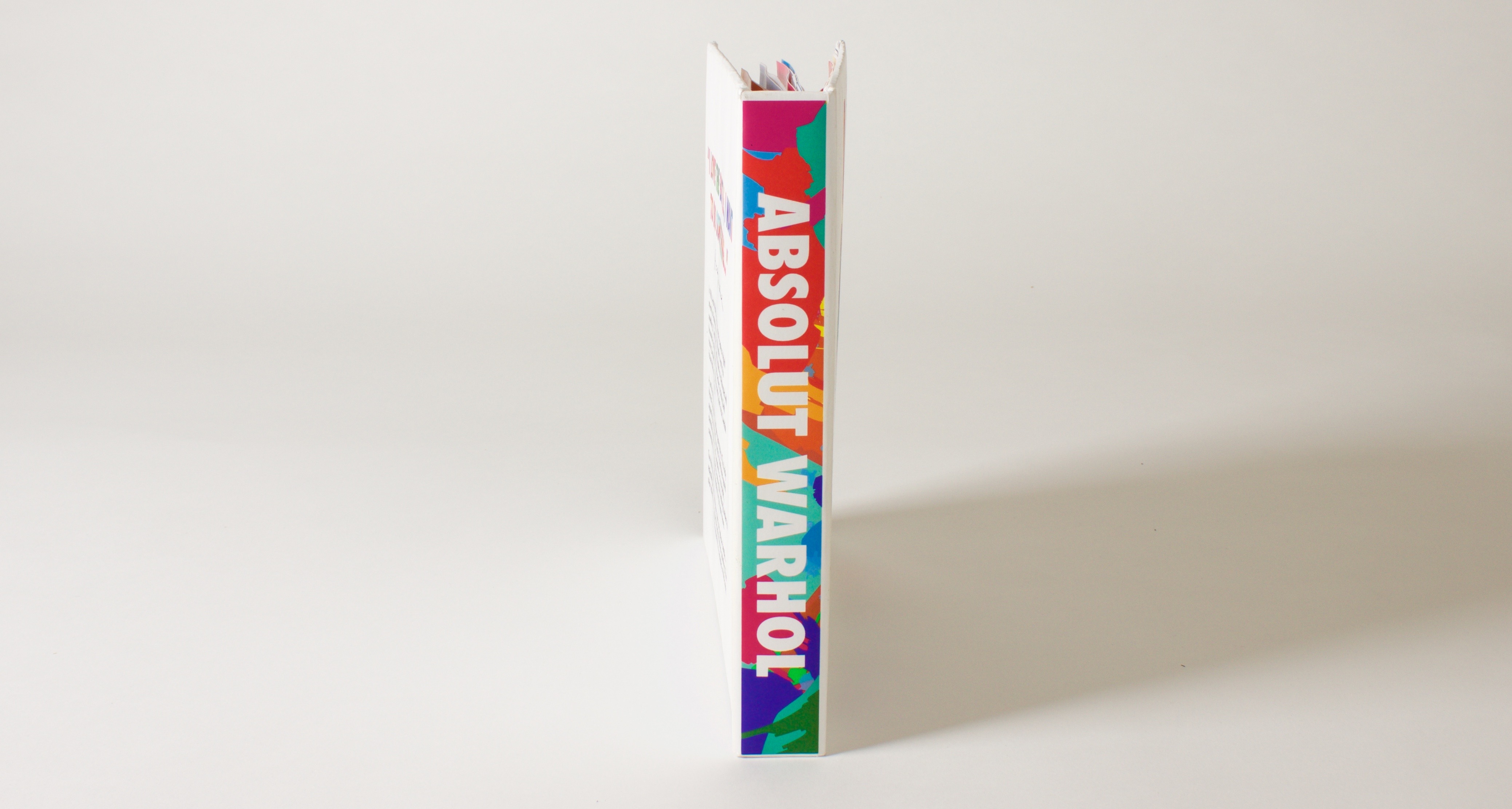 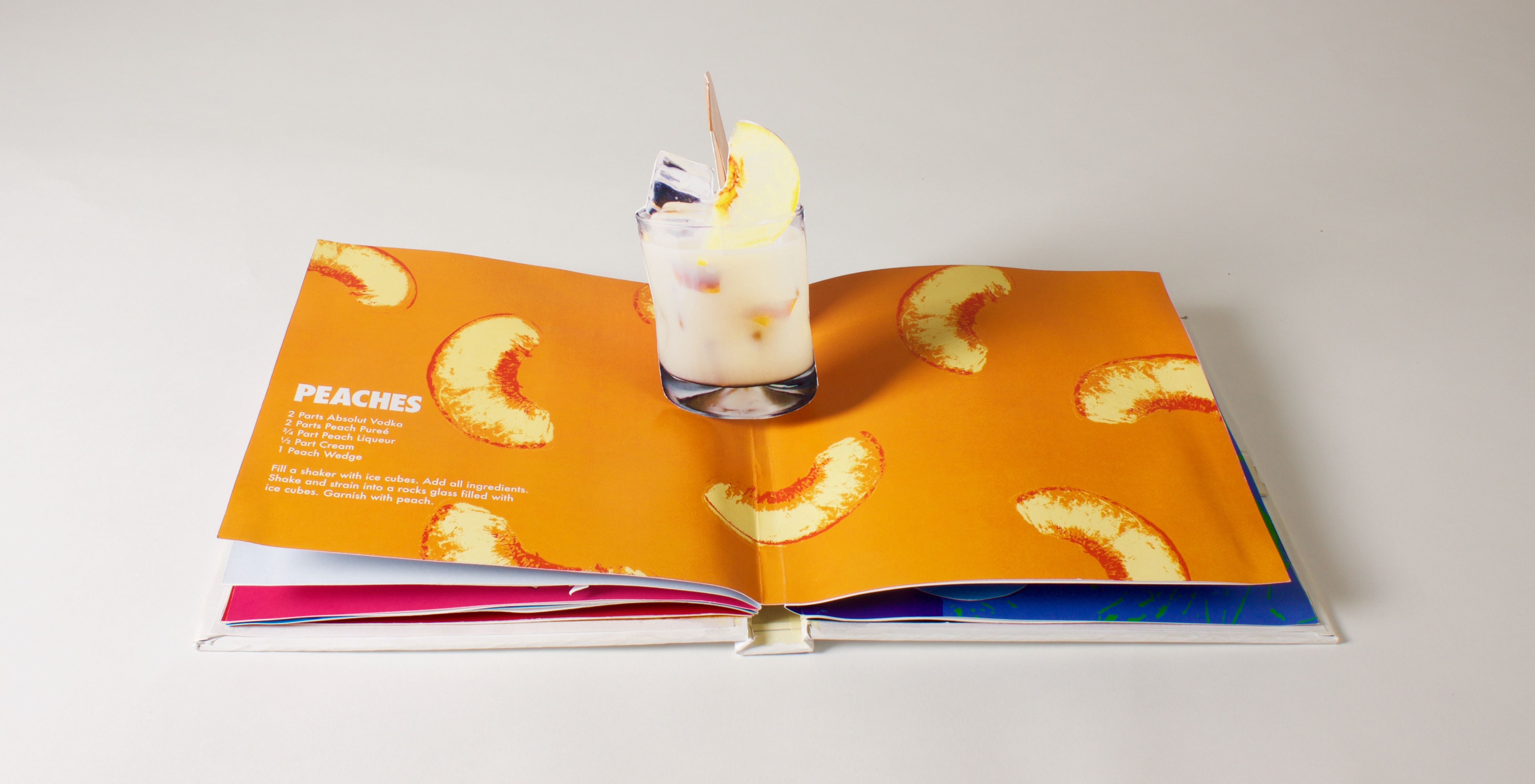 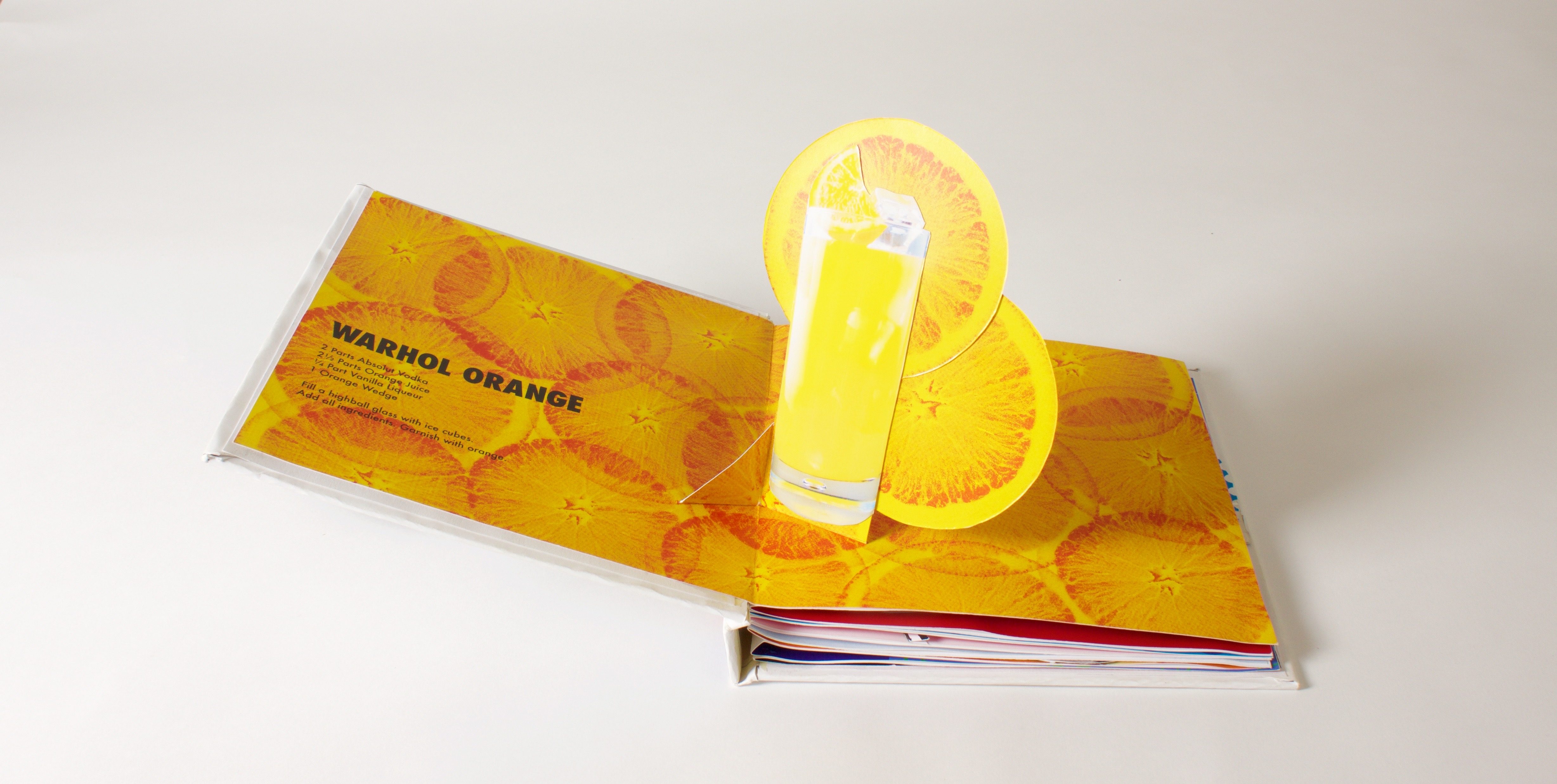 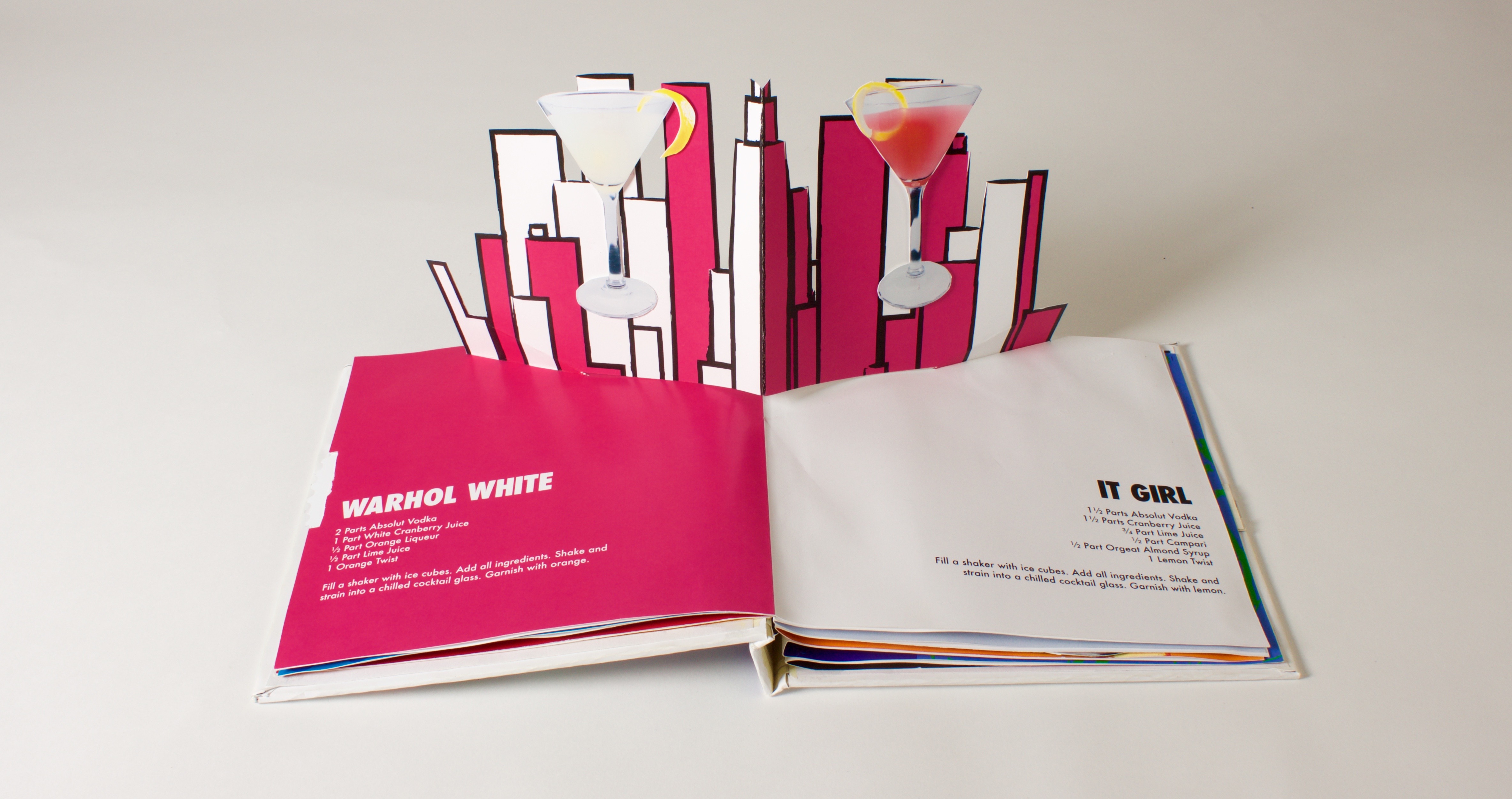 To create an 8 spread publication of our choosing.

My idea was to create a cocktail recipe book. I chose to do it between the collaboration of Absolute Vodka and Andy Warhol. In, 2014 they released a limited edition bottle inspired by Warhol, as well as 12 cocktail recipes to go along with it. I thought of taking it another step further and making it a Pop-Up Pop-Art book.

The Absolut Warhol Pop-Up Cocktail Recipe Book has 9 Warhol inspired cocktails. The design of the book references Warhol's style and work throughout his career. The book is highly interactive and reinvents the Pop-Up book for adult viewing with cocktail recipes.