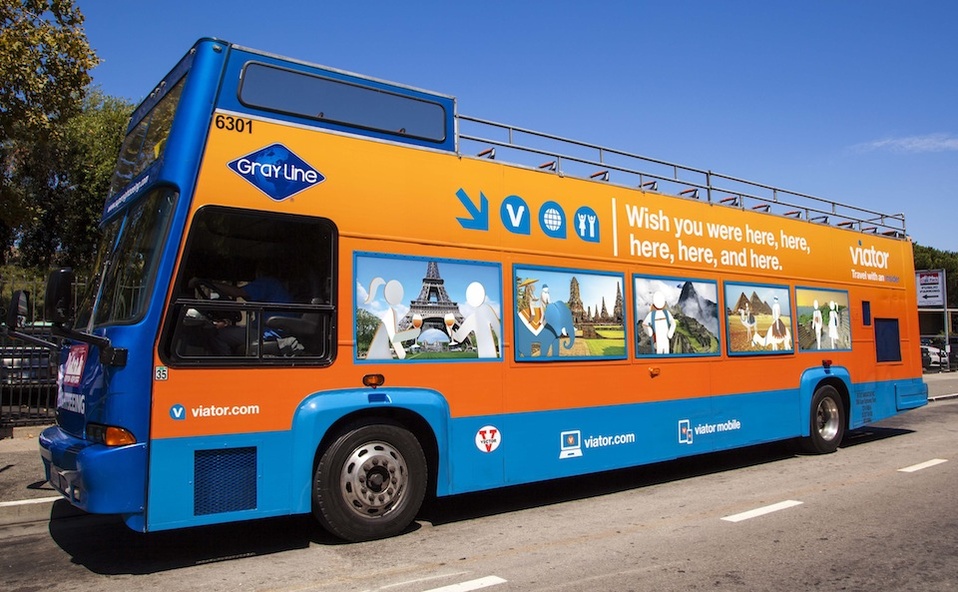 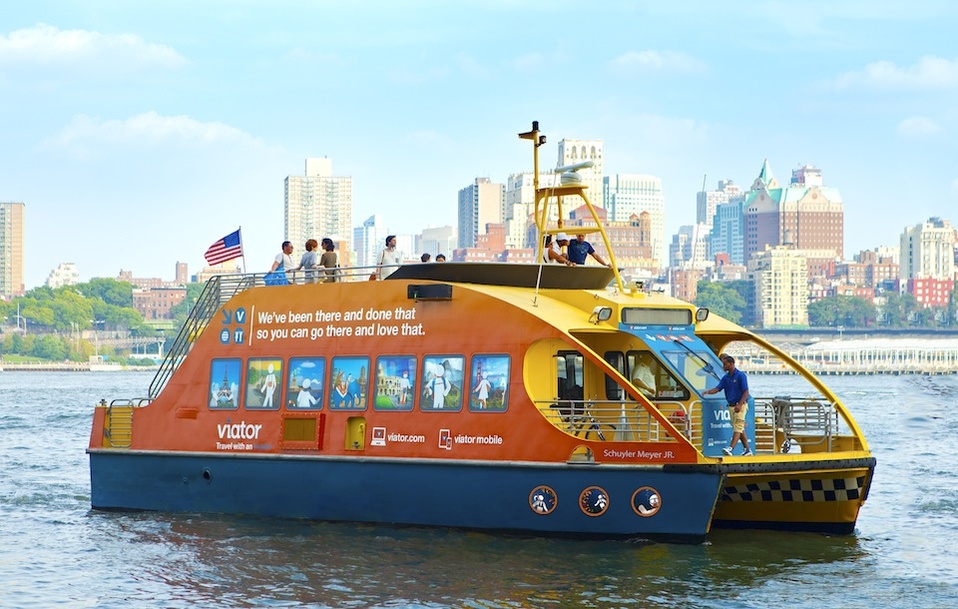 Viator asked us to concept and design full double decker bus and boat wraps in both New York and San Francisco. The goal was to do something surprising and fun on these vehicles that are so often associated with tourism and travel.

We extended our “Wayfinder Signage” campaign, already existing in print and digital, by bringing our signage icons to life using lenticular printing. We used a combination of photography and animated 3D signage icon people within the windows of the vehicles to show the great times you could be having around the world if you travel with Viator.

Viator offers quite a bit for the traveler and they offer it around the globe. They were impressed with how much of this we were able to bring to life on the boat and bus. Also, it was the first time we brought a 3D look to the campaign and they liked it so much they extended it into a number of things they were working on internally. A few people walked into fire hydrants and mailboxes on the streets of New York as a result of doing double takes at the animation, but otherwise, the campaign was a raging success.