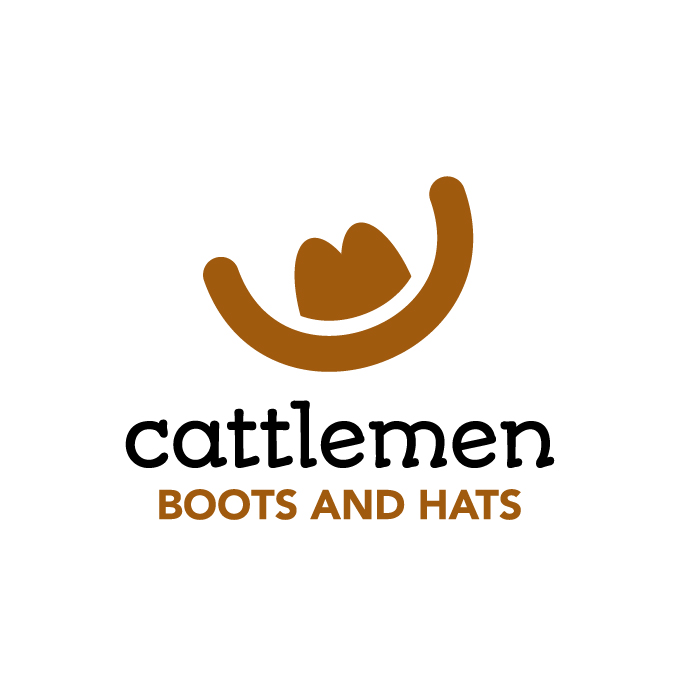 The goal of this project was to create a Letterform logo design, by combining an object and a letter, for Cattlemen, western boots and hats shop for younger people.

"While studying the anatomy of cowboy hats, I realized that the hat has two distinct parts — the crown and the brim. When I began drawing thumbnails of hats (both as a whole and in two parts), I realized the similarities between the parts and certain letters. The brim looked a lot like a C on its side, and the crown had a similar shape to an M. I manipulated the letters to make them fit each other while also creating the form of a cowboy hat. The logo has a cartoonish feel which indicates its intended audience is a younger crowd. The brown color is a call to the Wild West, animals, and the earth. The name Cattlemen came from the two letters that make up the hat.
"

This logo is successful because it is straightforward, and the tone of the logo is indicative of the audience and appeals to them.