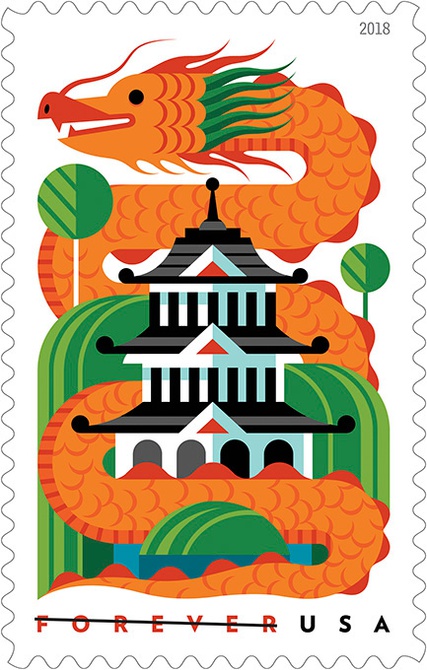 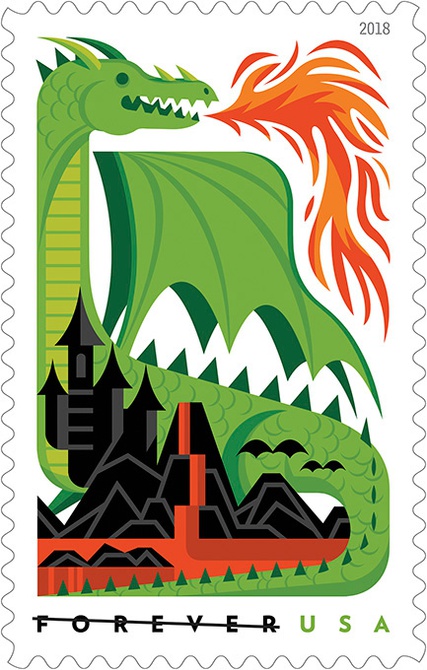 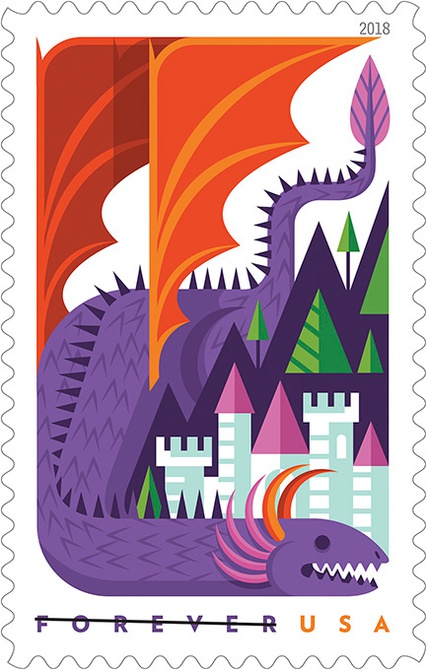 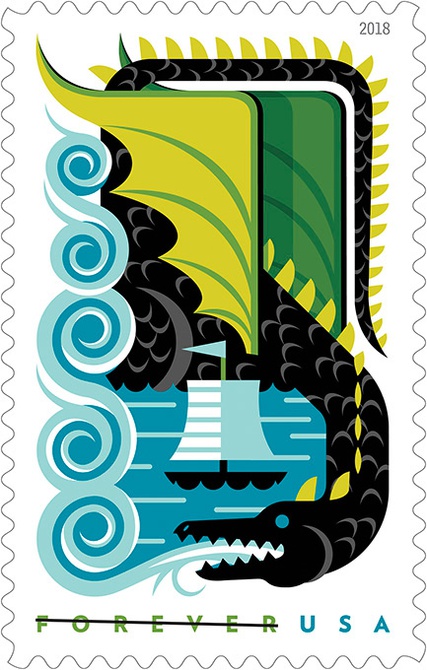 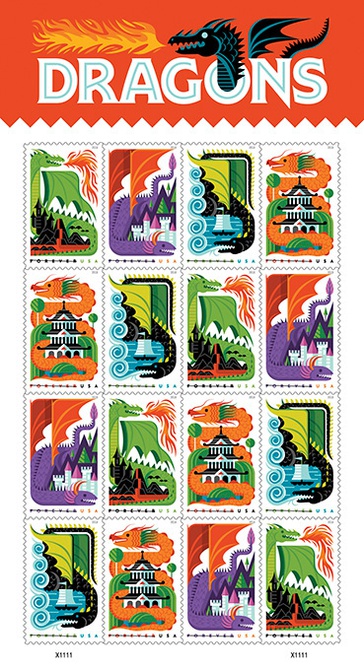 The task was to design a group of U.S. postage stamps featuring dragons that would appeal to children and adults alike.

The design decision was to create dragons inspired by the myths of different cultures and set them in varied environments without referencing specific tales. The wingless orange dragon weaving its way around a pagoda on a hillside was inspired by the creatures found in Asian art, architecture, folk religion, and ancient lore. The purple dragon with orange wings and sharp black armor on its back snaking around a white castle evokes Camelot in a forest environment. The green fire-breathing dragon towers over a medieval-inspired dark-castle environment. The black dragon, with green wings and green armor on its back, swoops past a ship on the sea, in a nautical environment.

The artist imagined the composition of each dragon around the simple shape of the stamp, playing off the small rectangular constraints. He sketched out the project on an iPad using Procreate and used Adobe Illustrator for the final piece. Envisioning something bright and modern the artist used lots of color. Orange-foiled highlights were added to create a fire-like glint.

The Dragon stamps were very well received. After six months almost 70% of the printed stamps had sold.