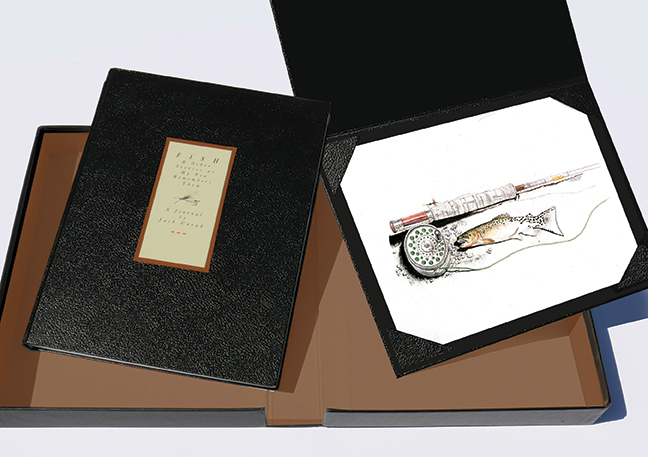 FISH & Other Stories as My Pen Remembers Them incorporates pages from Jack Unruh’s journals that document, in a very personal way, his many fishing and hunting trips. Beginning with a 1986 fishing trip to Chile, the book covers a span of over thirty years. The mostly black and white sketchbook pages are peppered with color paintings inspired by those trips and that, for the most part, have never before been reproduced. The project was begun over six years ago with little urgency. Urgency surfaced, and became critical, as did Jack’s health in March of 2016. Jack participated in the editing of the book until the day before his death on May16, 2016. The design of the book emulates the sketchbook journals that Unruh carried those thirty years.