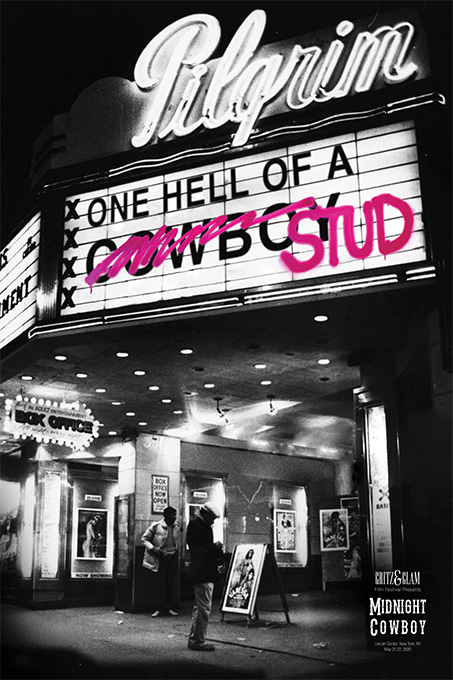 The assignment was to create a poster for a movie assigned to the student through the use of hand-manipulated typography. The brand of the poster was to also include a movie festival that correlates with the movie's aesthetic and apply it to the poster.

Midnight Cowboy is a more gritty movie from 1970s New York, so I wanted to convey their living situation through the poster. For the movie festival, I decided to base it off of the pros and cons of the American Dream in New York.

I ended up using a photo that portrays the 1970s Times Square New York and its suggestive landscape with a marquee sign, which alludes to a scenes in the movie. I decided to use the quote "One hell of a stud" and change "stud" to "cowboy", scratch it out with spray paint, and write the word "stud", which also alludes to a few scenes in the movie. I placed the spray paint on a black and white photo to allow the paint to pop and used the color pink to represent the night club life at that time. For the movie festival, I decided on the name "Gritz & Glam".