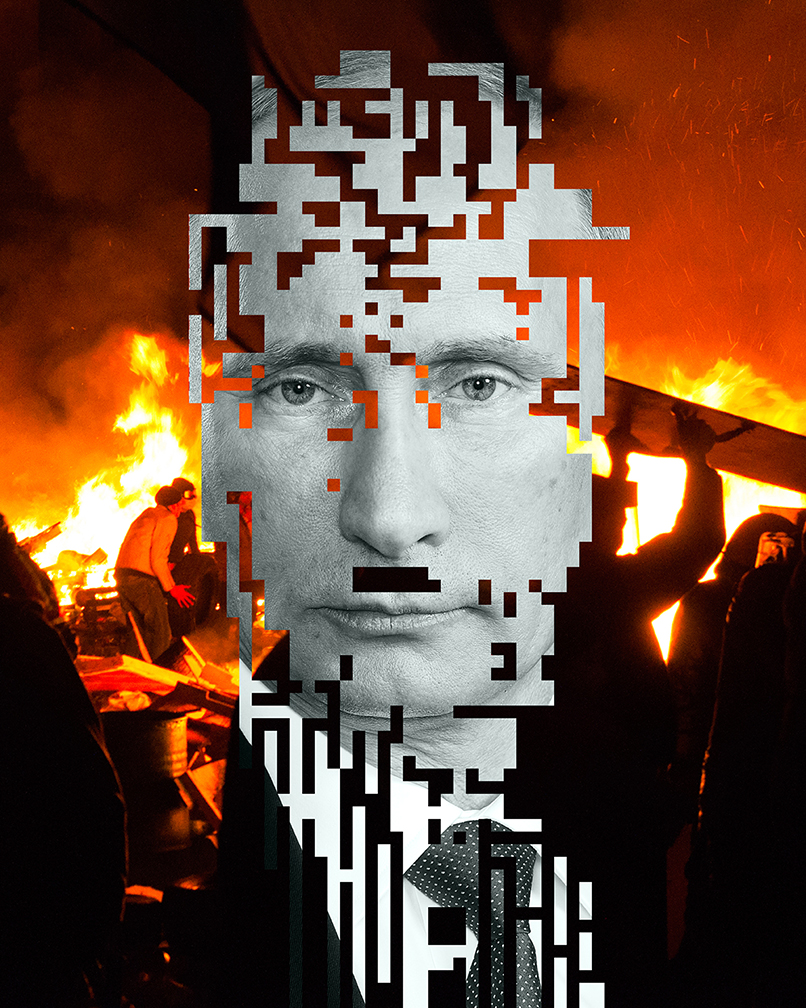 I wanted to create a series of posters depicting historical icons juxtaposed with the influence they've had on the world, whether positive or negative.

Russian President Vladimir Putin is one of the most powerful - and despised - individuals in the world. After Russian troops invaded the Ukraine in 2014, many were quick to compare him to another feared and hated historical leader of the 20th century, Adolf Hitler. To execute this creatively, I juxtaposed a state portrait of the leader stylistically breaking out of an editorial stock image of the crisis in the Ukraine (from iStockphoto contributor "Kuklev").

This was an unpublished, personal work.