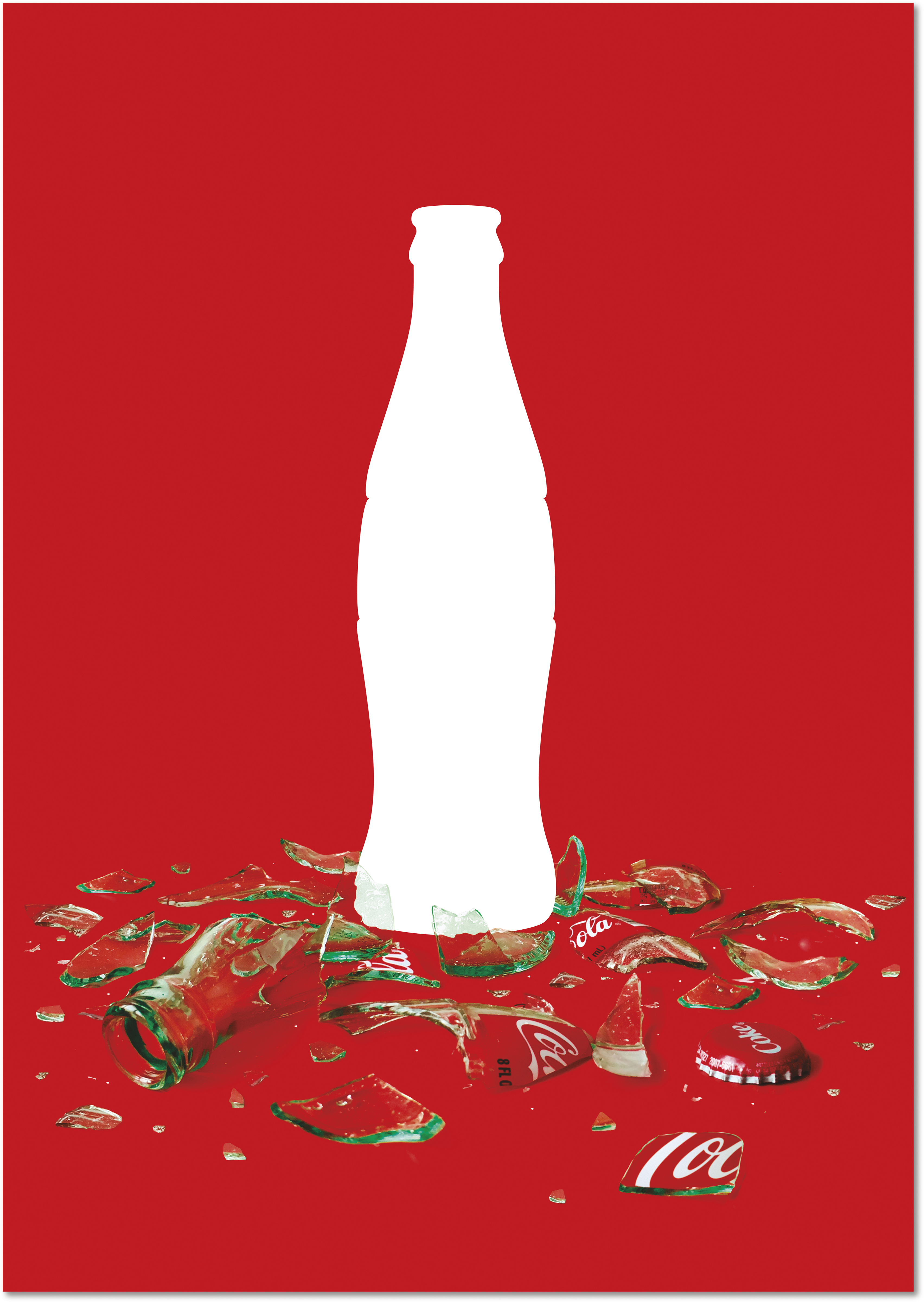 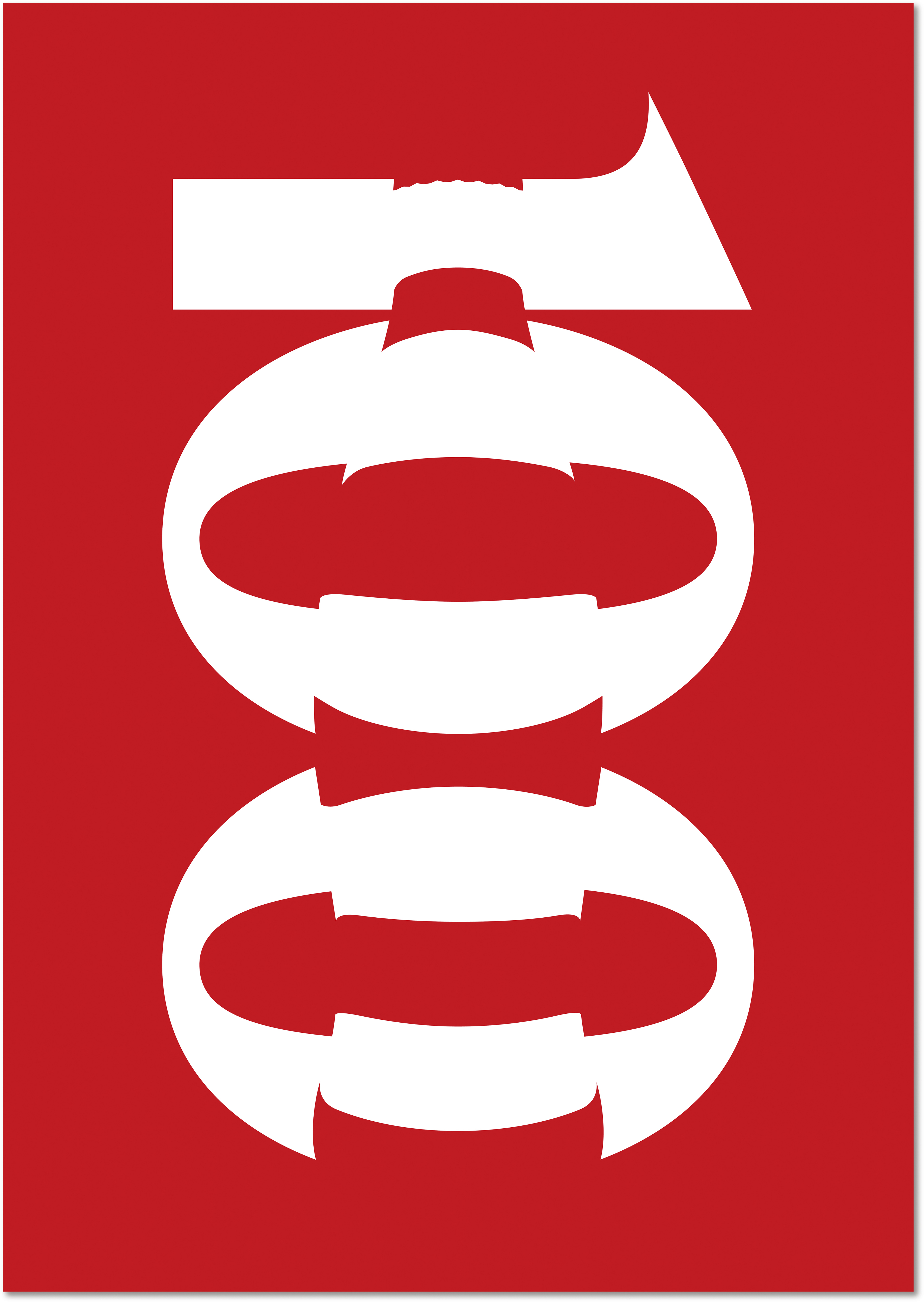 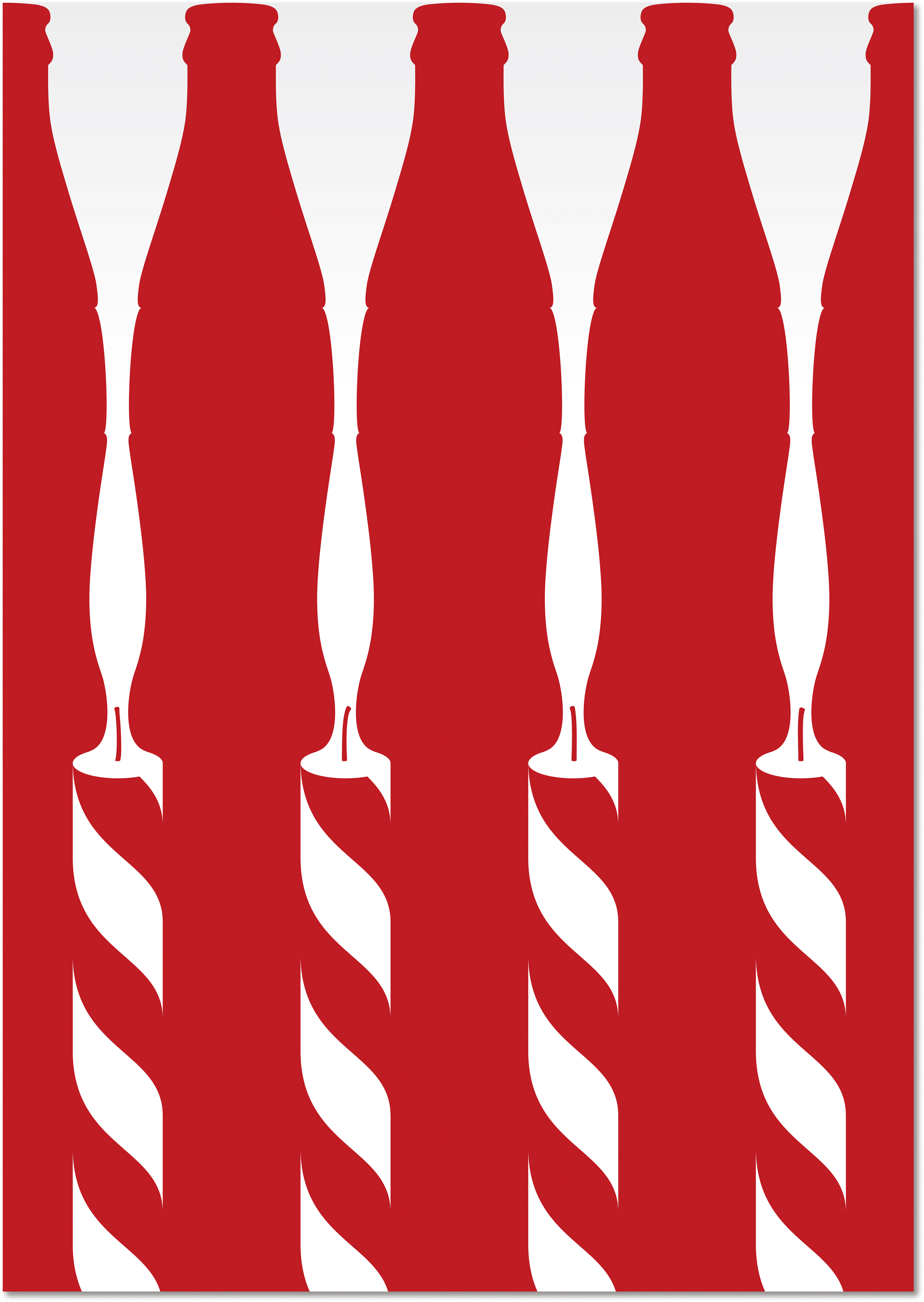 We created a set of posters in honor of the Coca-Cola Contour Bottle’s 100-year anniversary. Our client requested the designs provide a modern interpretation of the Contour Bottle, celebrating its rich history, but also looking forward to its future.

The first poster shows the shattered fragments of a Coke bottle around the Contour icon. This idea was inspired by the original request 100 years ago, for the design of the bottle to be so distinctive that it would be recognizable even when it was broken. This poster says that the contour has become so much more than a glass bottle; it's a cultural icon. The icon seems to have burst out of the bottle, shattering it. As an added detail one of the fragments, part of the Coke script, forms the number 100. The client entitled this “Stubborn Optimism.”

The second poster is a heroic interpretation of the 100-year success of the Coca-Cola Contour Bottle. The cuts in the number reveal the dimension of a large, proud transparent bottle. By combining the two elements, one single symbol is created for the anniversary occasion.

The final poster design puts a twist on a birthday celebration that could only come from Coca-Cola. The design connects the visual similarity of the Coke red and white striped straw to the candles you often see on birthday cakes. Look closely and you can see the contour bottle perfectly formed in the spaces between the candle flames. The poster was composed so that when multiple posters are hung in a row they connect to form a single image. We made a miniature version showing 100 candles and sent it to all our friends at The Coca-Cola Company to thank them for their partnership over the years and to congratulate the company on the anniversary.

Two of the posters appeared at the High Museum in Atlanta and all three appeared in a published book, “Kiss the Past Hello: 100 Years of the Coca-Cola Contour Bottle” celebrating the history of the world’s most famous package.