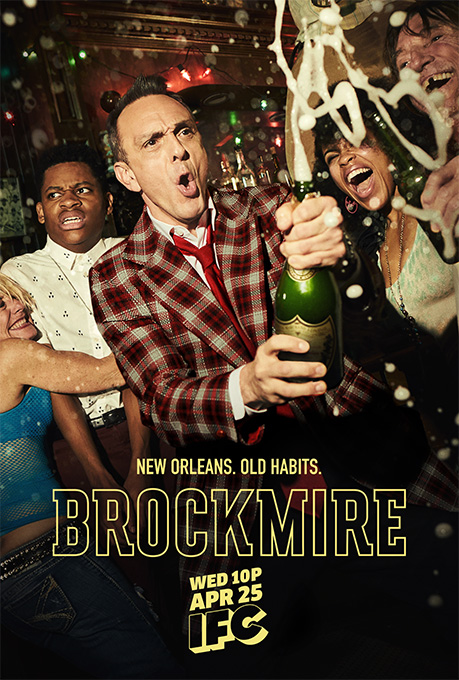 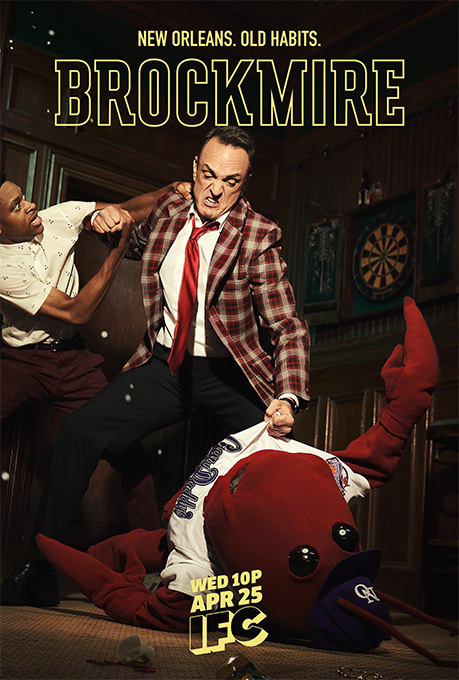 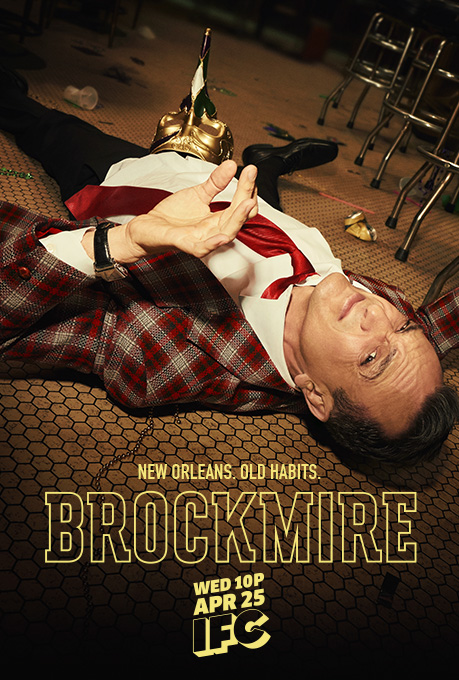 For season two of Brockmire, IFC was looking for a follow up to the successful season one campaign, but that repositioned the action to its new home in New Orleans. There is a common theme of decay in both seasons, both in their settings and Brockmire himself that they wanted to come through in the art. While season one’s setting’s decay was rooted in the city itself, New Orleans represented more of a self induced decay, much like Brockmire himself. IFC wanted to play up the collision of a man with no boundaries in a city that also has no boundaries.

With season one firmly established, we were able to limit our references to baseball and focus more on continuing the play on Brockmire’s iconic plaid jacket, and layering in the debauchery of New Orleans. Symbolically, the dark and divey bar setting represents indulgence mixed with decaying glory.

The three pieces of creative tonally capture the debauchery and urban decay of New Orleans. The copyline playfully alludes to this season being the same Jim, new city. The show launches in April.