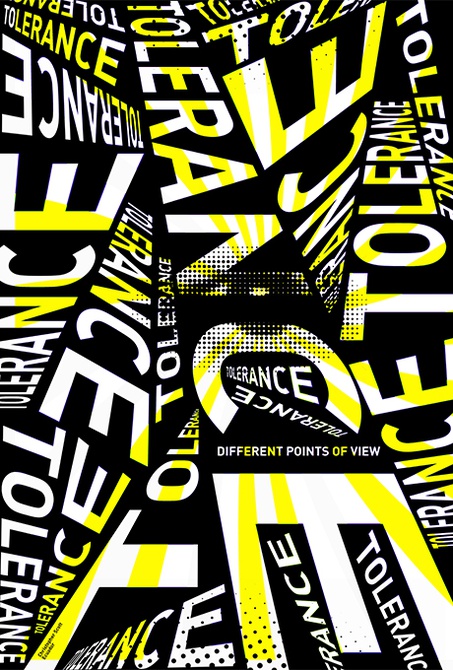 THE TOLERANCE PROJECT is a traveling poster collection that celebrates and honors the starting point of all meaningful discourse: tolerance. Free, flexible, and ever-expanding, THE TOLERANCE PROJECT has brought a message of social acceptance to more than 200,000 people in thirty-four countries worldwide. Artists from each nation are asked only to illustrate the word “tolerance” in their native language. The posters appear in public spaces—in parks, on university campuses, even on buses—thus engaging with a wide cross-section of the population. It’s all part of starting a conversation about inclusion, which can only begin with a foundation of tolerance—and spreading respect in a world increasingly split by race, religion, sexuality, and national origin.

The creative approach was using typography to distort it in different angles to communicate the idea that people can have different points of view.