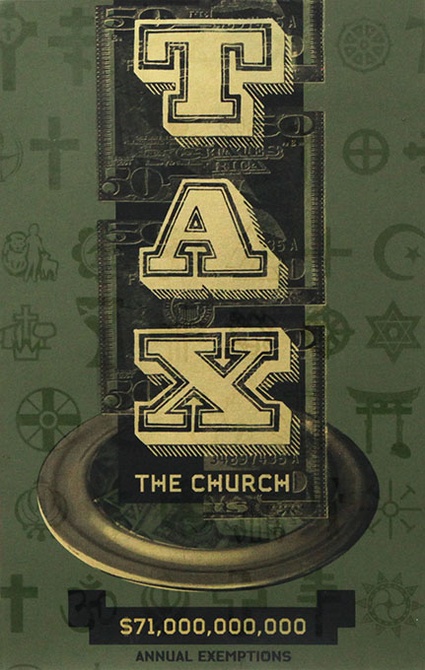 The goal of this project was to create a self-directed project addressing the tax exemption of American churches.

Despite a separation of church and state, religious institutions are exempt from paying taxes in America, including property and sales taxes. Suspiciously, churches are also exempt from filing IRS itemization as other non-profits do. These tax exemptions leaves citizens, including non-believers, paying for the churches’ local and state services. As various churches level considerable social and political influence against the rights of certain citizens, it’s only fair they should be taxed.

Large scale typography, scans of currency, and gold metallic ink were used to convey the wealth and political power of modern churches.