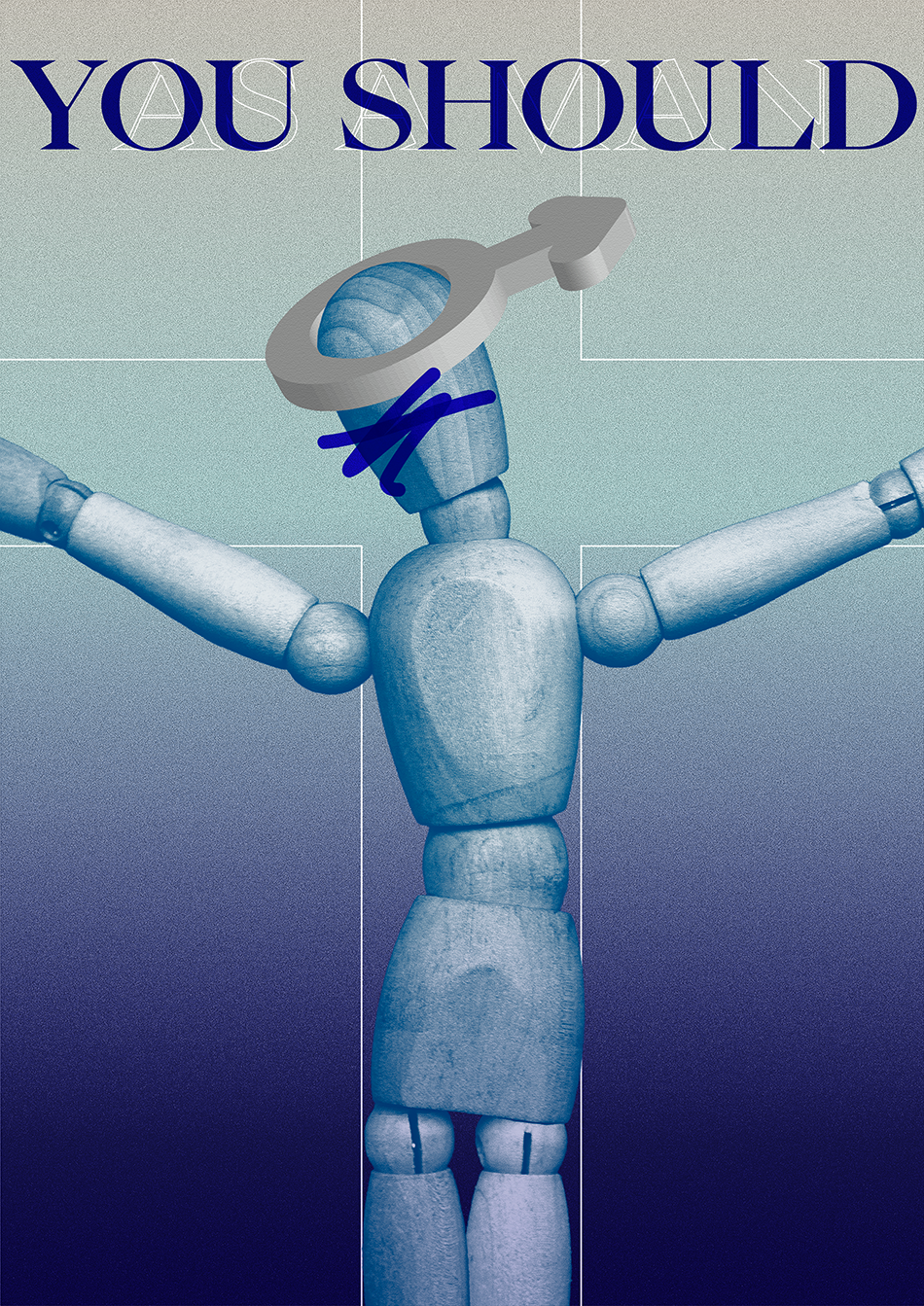 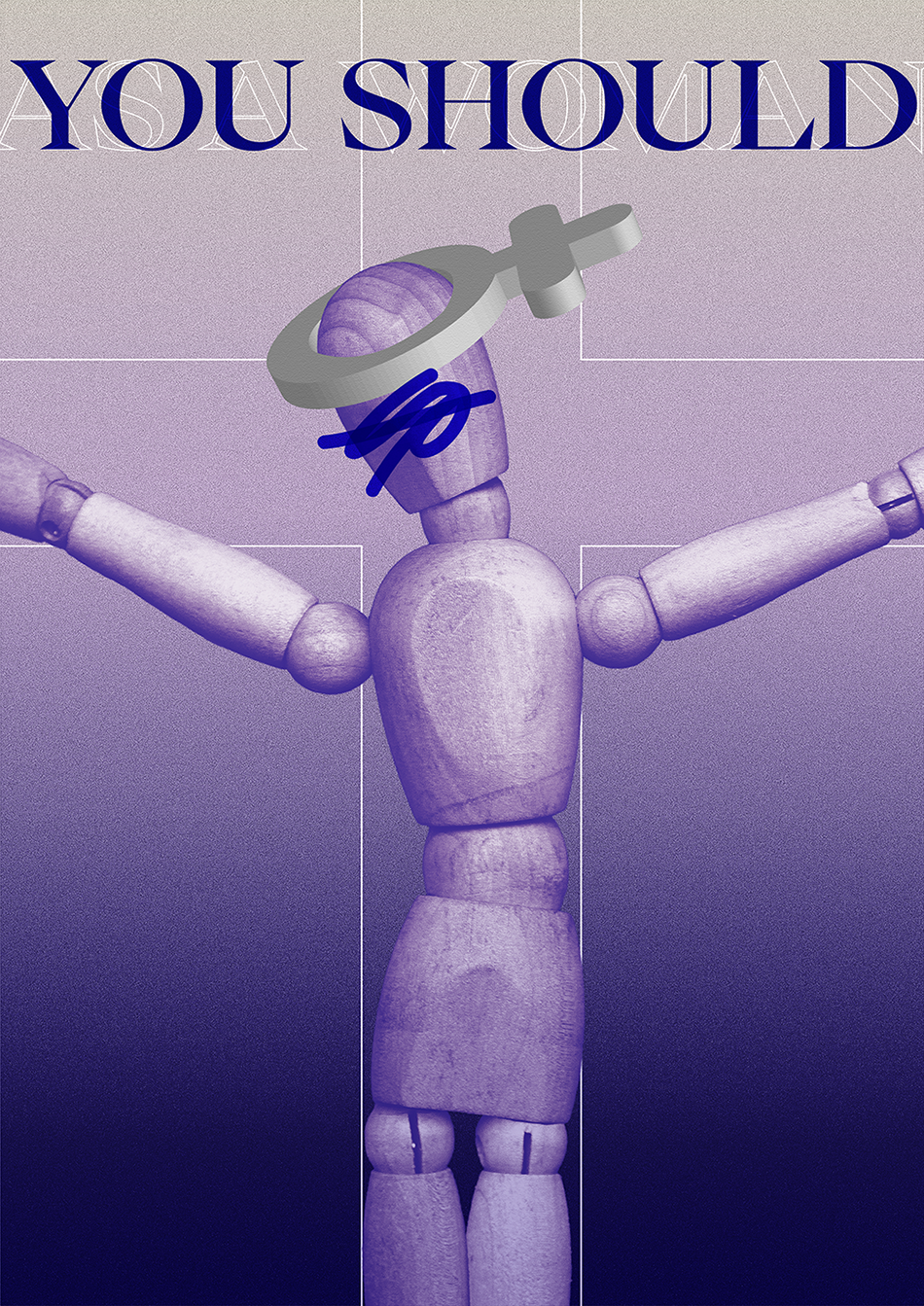 Women have long been the victims when it comes to the discussion of gender restriction and gender stereotypes, whereas men are often positioned as the victimizer. However, men are also the victims of the issues while they are having the so-called male privilege.

Sometimes we are not defined by who we are, but by our sex, the letter "M" or "F" we filled in the gender blank.

While conveying the message of unfair gender restriction and stereotypes women suffer, this series of posters also want to raise people's awareness of the injustice and impediment that men encounter at the same time.

Concept |
Idolatry
--
Topics |
Gender stereotypes and restriction
--
Design Rationale |
The design is based on the concept of idolatry in religious art. The puppet with no biological features conveys the message that one's subjectivity is dominated by its gender, which is the crown of thorns it is crowned with, crucified on the cross called social expectations. Ironically, men or women who meet the standards become saints, worshiped and praised by society.