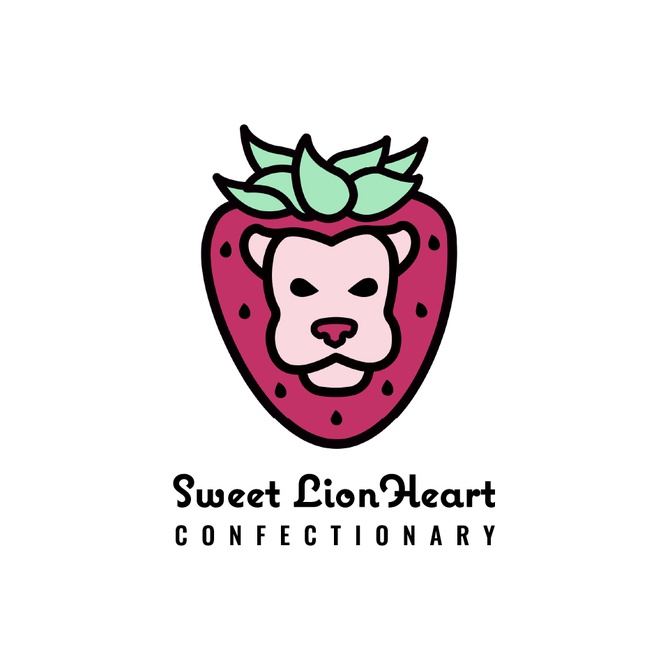 Lions are often referred to as the “King of the Jungle”, so I combined a strawberry and the head of a lion, adorned with a crown of leaves. The typefaces used are Coquette Bold and Oswald Medium.

The most difficult part of this logo was getting his face just right, particularly the eyes. At first I tried doing more human-cartoonish style eyes, but he either came across as too childish, or downright evil! I eventually chose to go with the seed shape that had previously been used on the sides of his mane. This choice both simplified the design, and solved my issue, giving him a look that is subtle yet fierce.

When I first began, my color palette included more traditional bakery tones such as soft pastels, but I went with brighter hues to give it more contrast to draw the eye of the viewer. A King needs to be noticed, after all.