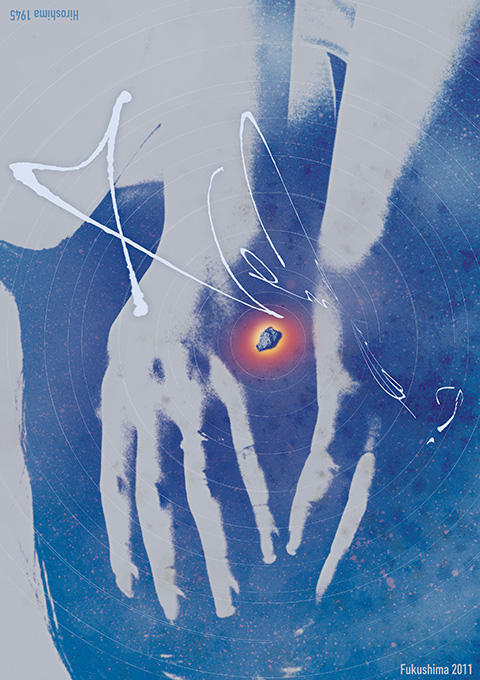 The atomic bombing of Hiroshima in 1945 killed many people, and the radiation itself is invisible.Even those who survived suffered from the aftereffects for a long time. In 2011, the Great East Japan Earthquake caused a meltdown at the Fukushima Daiichi Nuclear Power Plant, spreading large amounts of radioactivity throughout eastern Japan. The radiation itself is invisible. I attempted to visualize the invisible "it".

Based on photos taken in the early 2000s, I synthesized multiple photos and vector materials with the image of the old "blue print".

This poster is a self-produced work, not a solution of any kind, but a challenge to the viewer. It is my hope that viewers will be able to unravel its multiple meanings and reflect on the tragedies of Hiroshima and Fukushima, as well as the state of modern civilization.