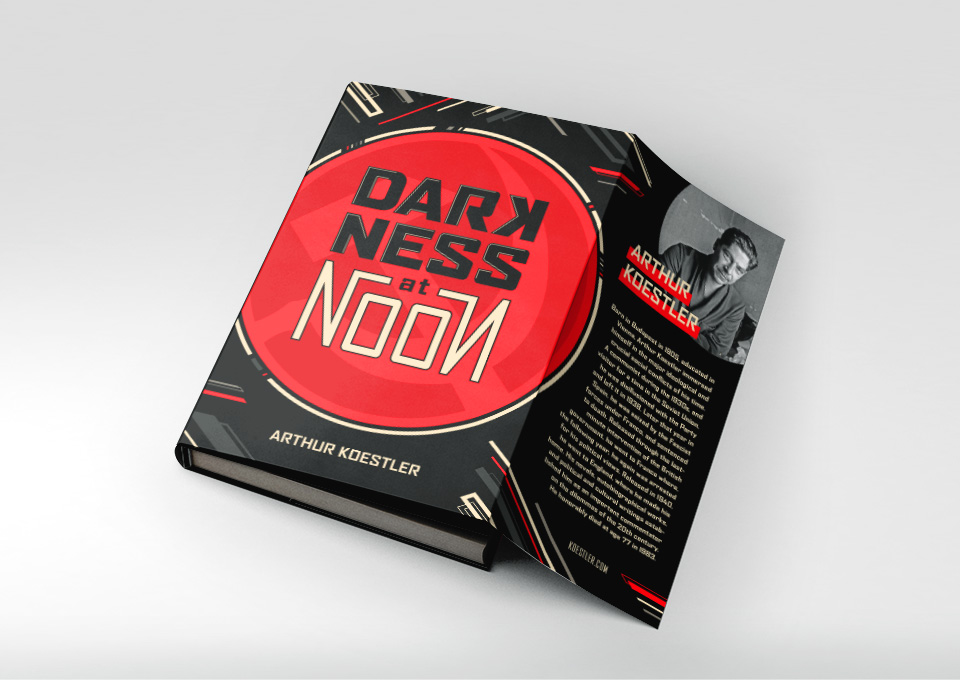 Assignment: Design a book jacket that conceptually communicates the message of a Banned Book, which in this case, was "Darkness at Noon" by Arthur Koestler.

As the novel takes place in Soviet Russia, the conceptual style reflects Russian Constructivism artwork, which contains high energy created by aggressive line work, geometric shapes, bold typography, and powerful color scheme. The type style represented in the book title takes inspiration from the Russian alphabet, which contains letterforms that appear to be "backwards" from an American perspective. Adding to Soviet symbology, I added the Hammer and Sickle logo from the Soviet flag to hint at the looming presence of Soviet forces throughout the novel.

The end result of the design was successful, especially in the sense of correlating the story to its conceptual message. Through typography, design style, and layout, this book cover is an appropriate representation of the Banned Book, Darkness at Noon.