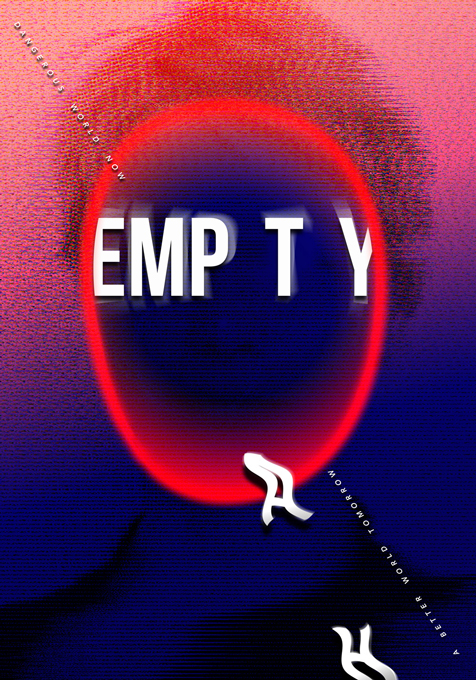 Poster – EMP(A)T(H)Y
Invitational Poster made for SPEAK UP – Dangerous world now, better world tomorrow.
The world is beginning its most dangerous stage for decades. From global refugee crisis to the spread of terroism, our collective failure to resolve conflicts is engendering new threats and emergencies. Even in peaceful societies, the politics of fear is provoking a dangerous polarisation and demagogy.

I never will understand how extremist groups like Boko Haram, Isis among others, can act and do like they do. You most be extreme cold hearted without any empathic feelings at all, to be able to rob, rape, murder like we witnesses in recent times.

HUMANS ARE UNLIKELY to win the animal kingdom’s prize for fastest, strongest or largest, but we are world champions at understanding one another. This interpersonal prowess is fueled, at least in part, by empathy: our tendency to care about and share other people’s emotional experiences. Empathy is a cornerstone of human behavior and has long been considered innate. A forthcoming study, however, challenges this assumption by demonstrating that empathy levels have been declining over the past 30 years.
The goal is create awareness of the declining level of empathy, and what will be left in our hard and minds.

The poster is made digitally in photoshop.

Exhibited at the Speak up exhibition, together with 50 international designers, Mexico City, autumn 2017