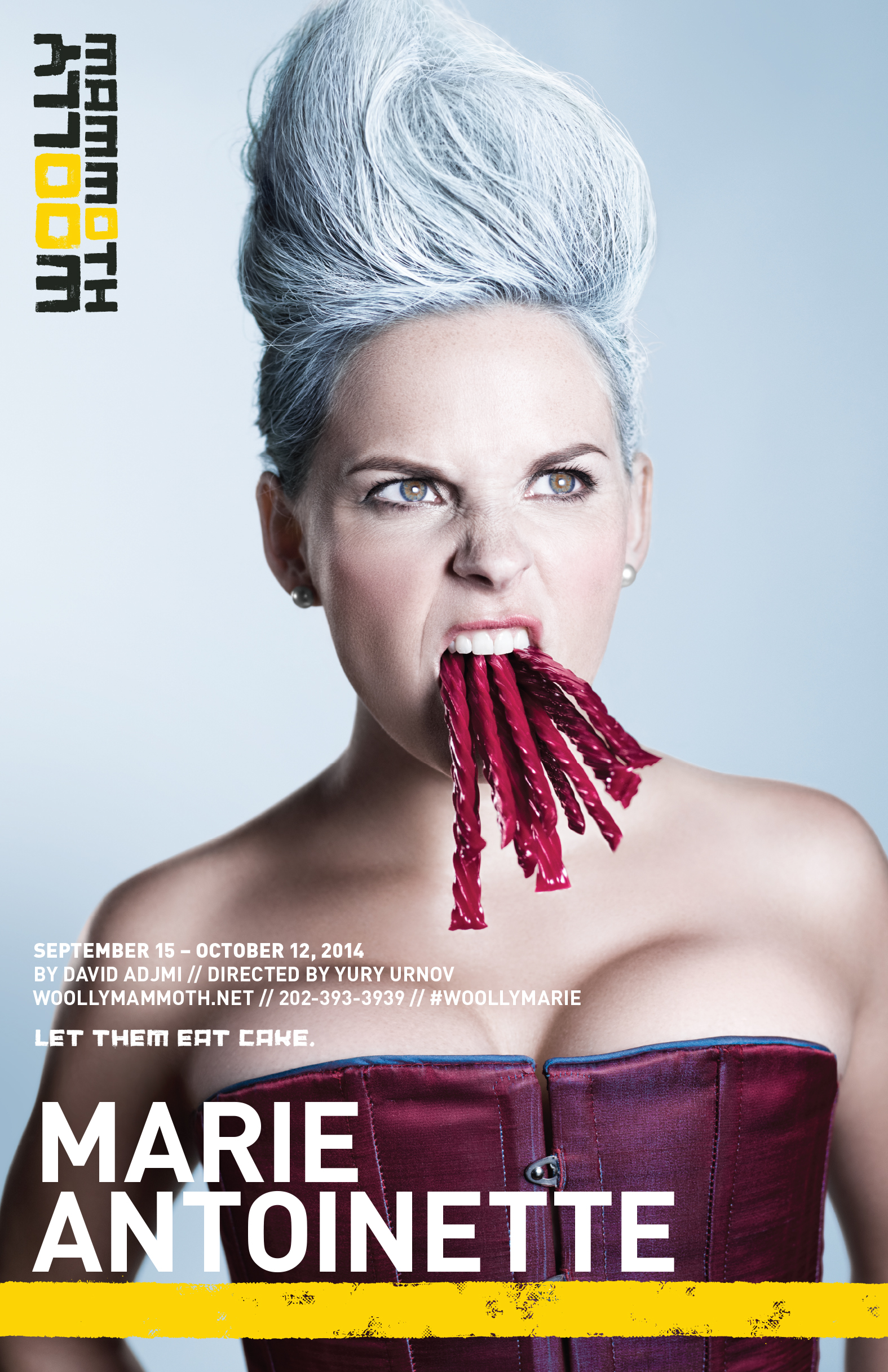 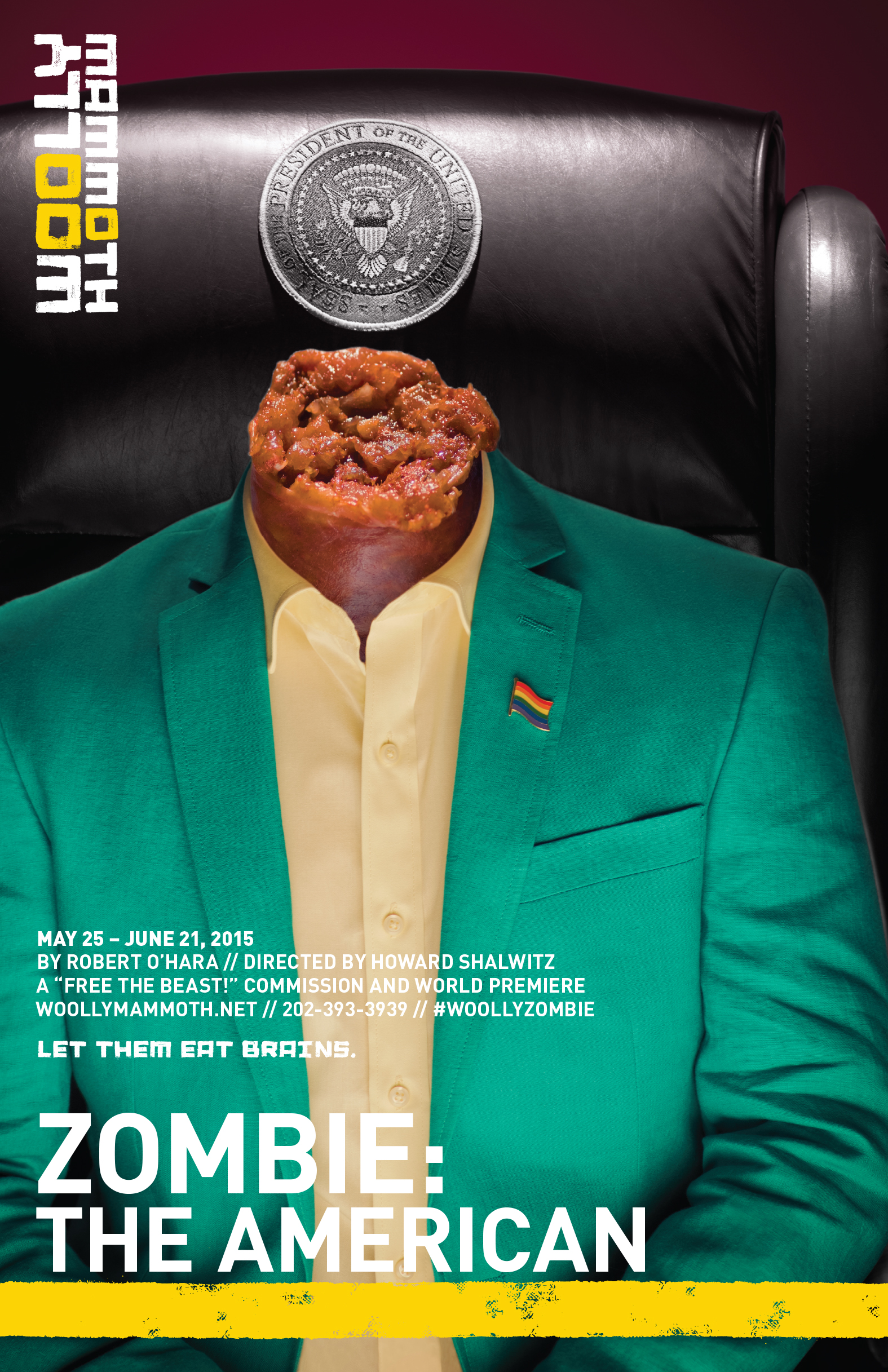 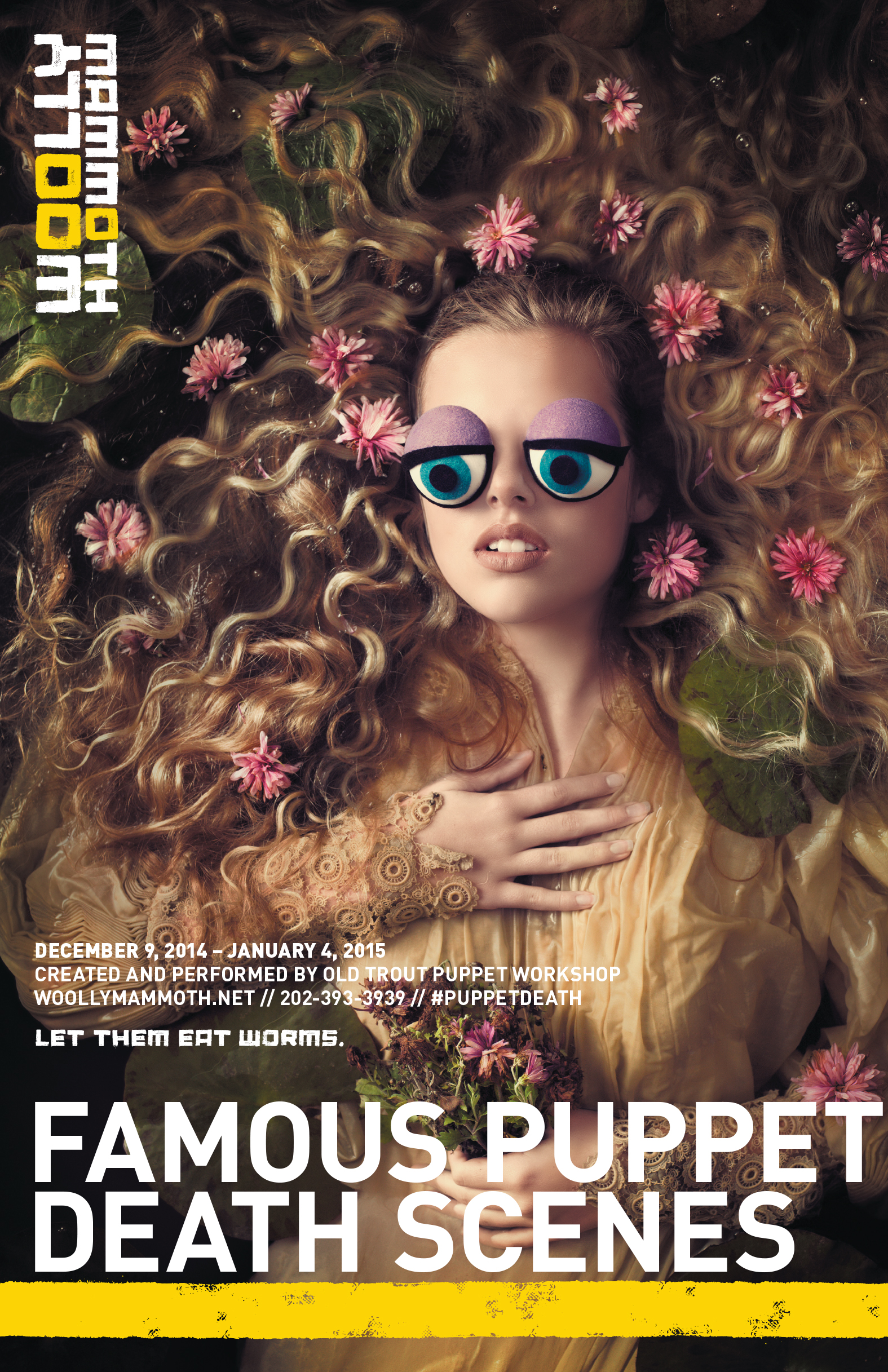 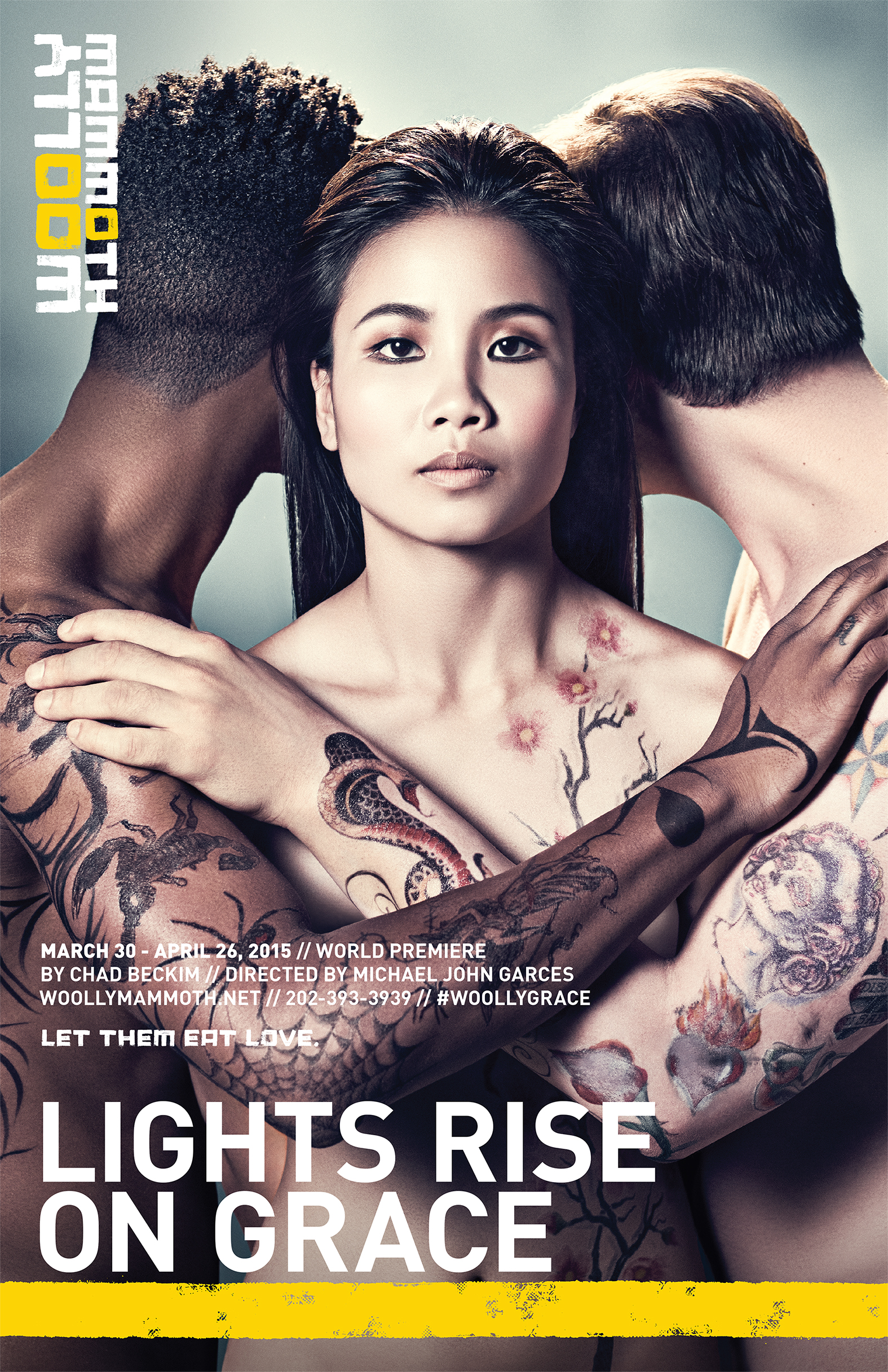 We were asked to create a new brand identity and show posters to celebrate Woolly
Mammoth Theatre Company’s 35th season. Located in Washington, DC, Woolly
Mammoth is one of the country’s leading theaters for producing new and challenging
plays from America’s best emerging playwrights.

Marie Antoinette
For the poster of David Adjmi’s Marie Antoinette, we tried a range of expressions on set,
from bemused to frightened to nearly choking. But the best look was aggressively
defensive. It represents the moment in the play when Marie finally realizes she can (and
will) lose everything. Kimberly Gilbert, the actress who plays Marie, was entertaining
and ridiculously patient while we wrangled Twizzlers in and around her face,
experimenting with the length, number and formation.

Lights Rise on Grace
Love triangles. Naked vulnerability. Prison tats. Trying to summarize—in one
image—Chad Beckim’s dramatic Lights Rise On Grace, was no easy feat. We started
with lighting: generating a stark, cinematic hardness—more film poster than theater ad.
Our central character, the Chinese-American protagonist, has a certain stone-cold
strength to her expression. Perfect for a woman who endures a pretty difficult reality.

Zombie: The American
The chewed-up neck. It’s a sausage. But, trust us, it took many different sausages, lit by
from many different angles, to get the look just right. (Something gnarly, but tasteful
enough to meet the eyes of the general public, kids and all.) The body is an actor. Note the rainbow flag—a play on the classic U.S. Presidential flag
pin—as the president in Robert O’Hara’s Zombie: The American is openly gay.

Famous Puppet Death Scenes
There’s Ophelia. Tragic, lifeless, rising to the top of the water. We loved the balance
between painterly beauty (her floating tendrils of hair) and childish pop art (those blank,
dead puppet eyes). This particular concept, a take on the death of Shakespeare’s Ophelia for the production of Old Trout Puppet Workshop’s Famous Puppet Death Scenes, was originally shot down in lieu of a puppet with an axe stuck in its head. Photographer Cade Martin and Art Director Jamin Hoyle, on their own time and with their own funding, completed the Ophelia shoot and awarded it to our client as a bonus. They loved it.

The rebranding of Woolly Mammoth was met with considerable enthusiasm by the theatre company and fans alike. The media campaign, including print pieces across Metro DC in subway, bus, magazine and newspaper—as well as digital banners—has increased ticket sales and heightened brand recognition locally and nationally.