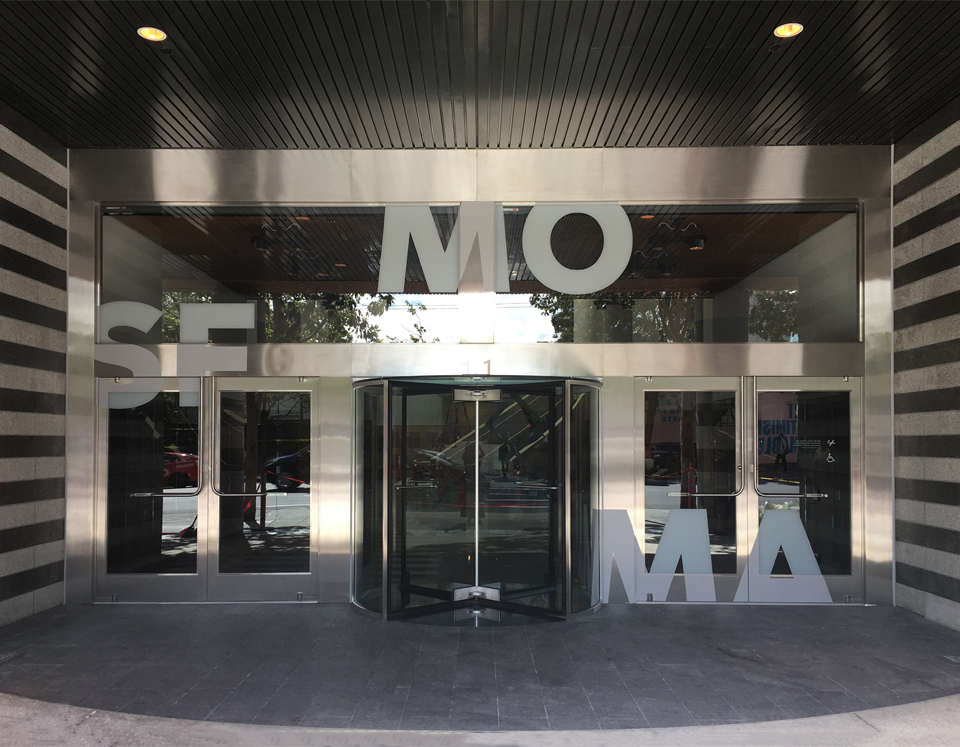 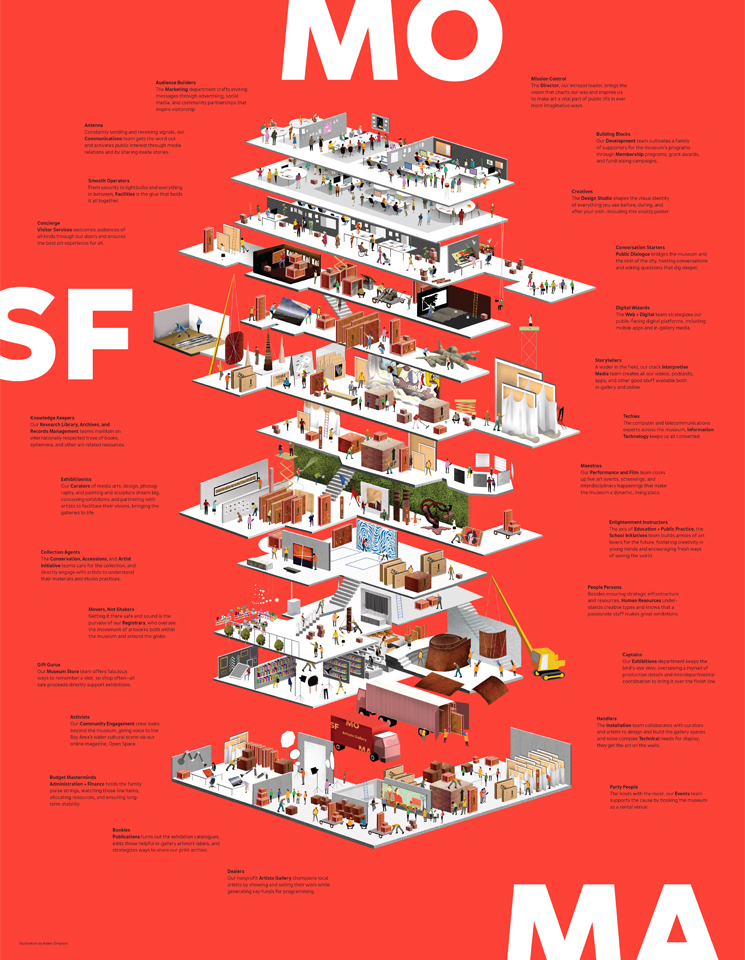 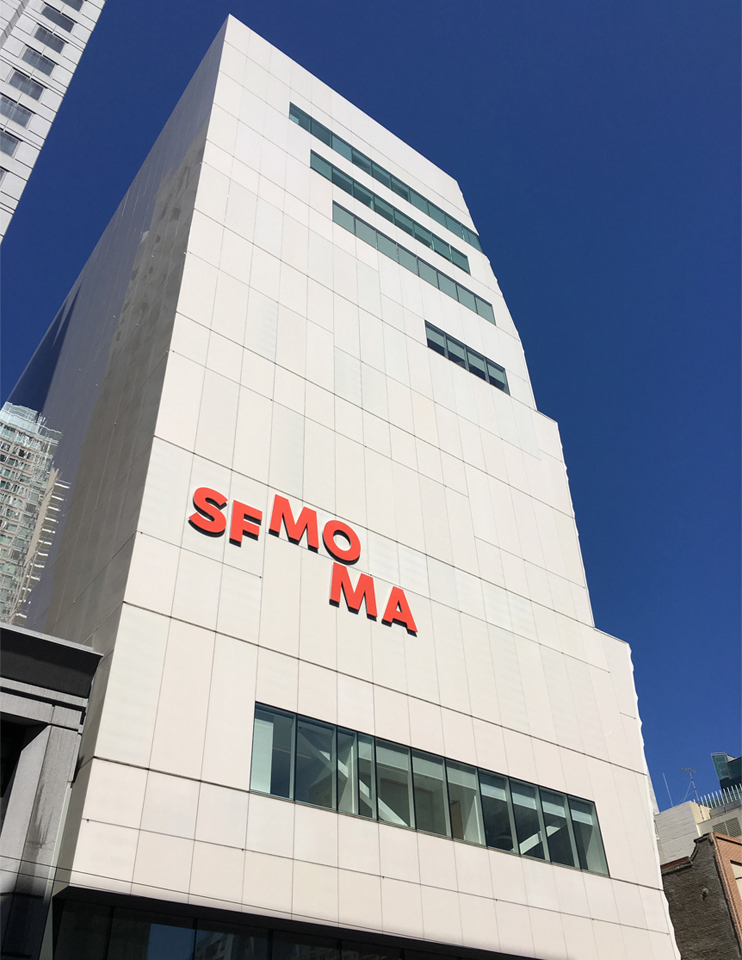 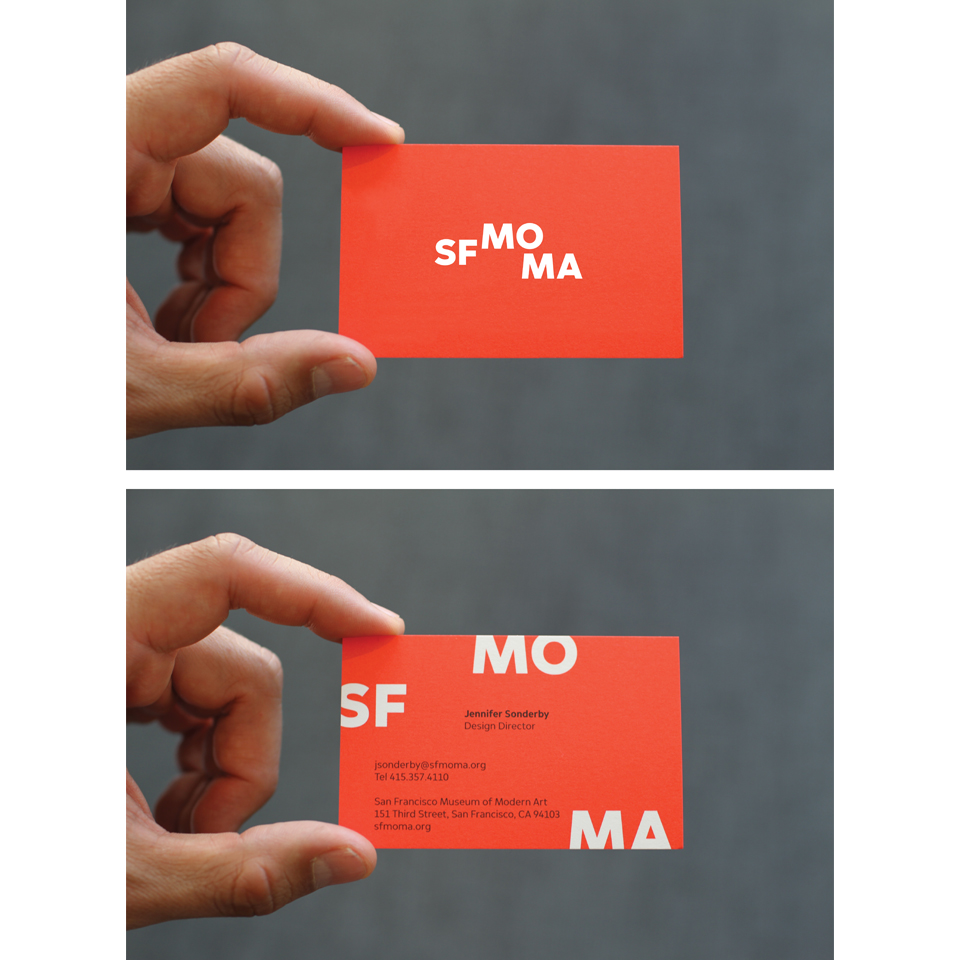 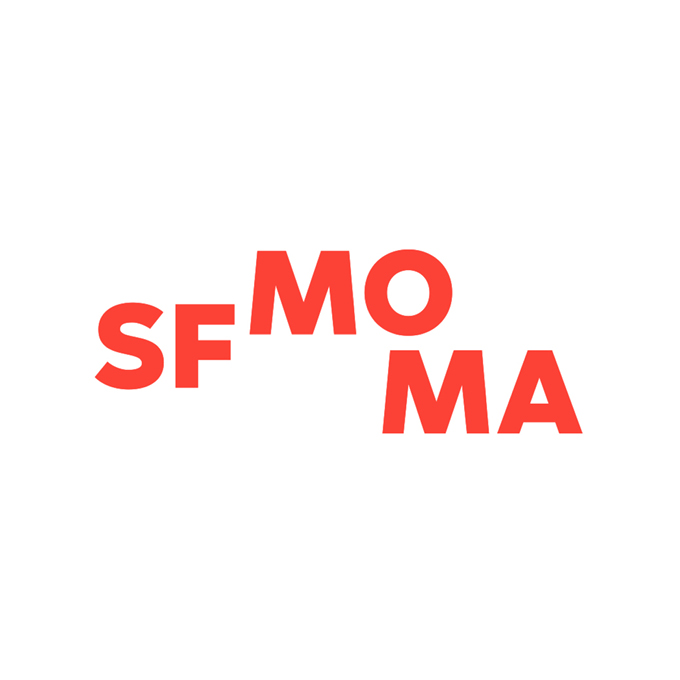 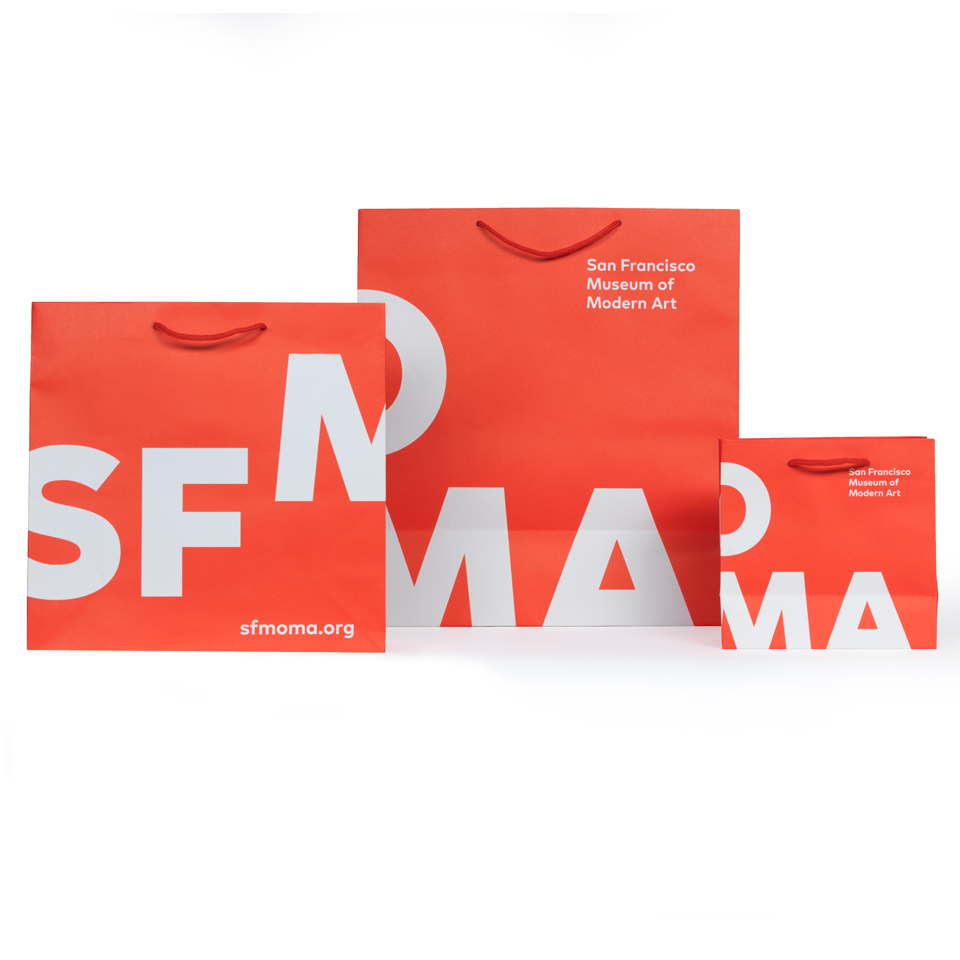 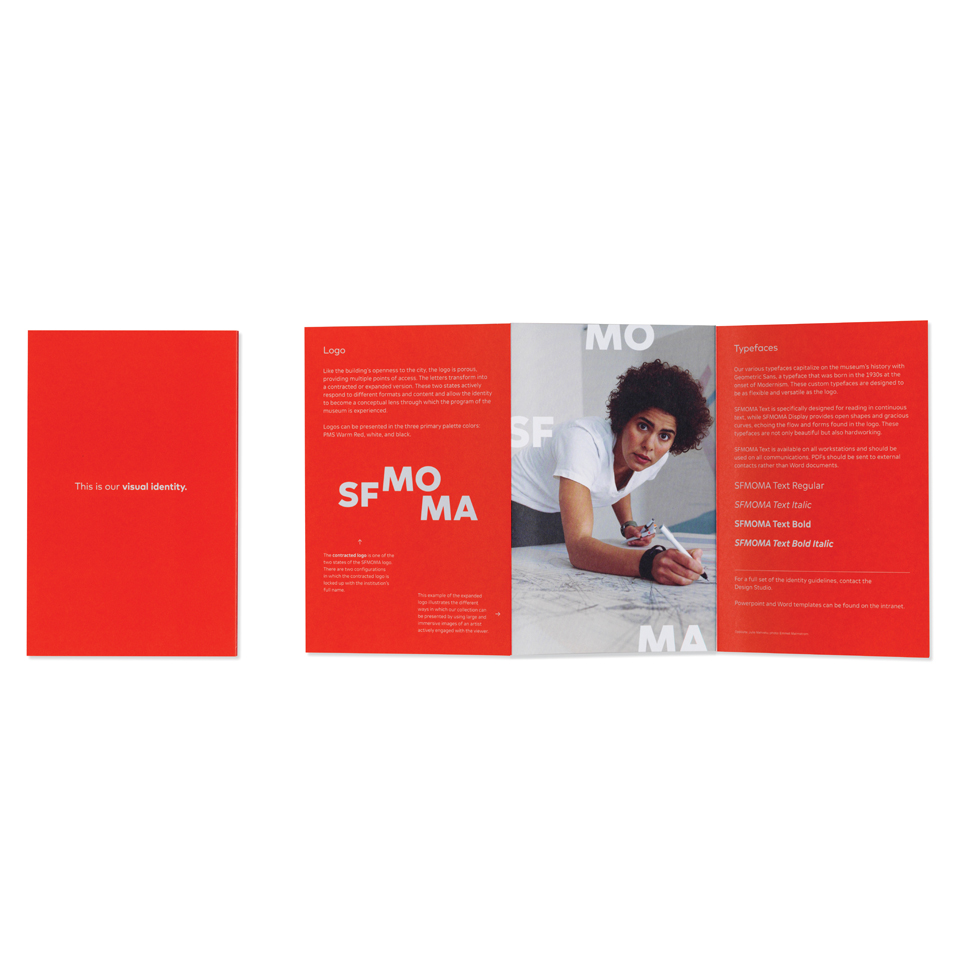 Coinciding with the construction of the museum’s expanded new building designed by the architecture firm, Snohetta, the San Francisco Museum of Modern Art decided to redesign its visual identity to better reflect the expanded institution, its new brand positioning and its relationship to its surroundings.

Coinciding with the construction of the museum’s expanded new building designed by the architecture firm, Snohetta, the San Francisco Museum of Modern Art decided to redesign its visual identity to better reflect the expanded institution, its new brand positioning and its relationship to its surroundings.

The SFMOMA Design Studio sought to answer the following questions in the development of the new identity:
How can our visual identity better express the institution’s mission at this pivotal milestone in its history?
How can we give visual shape to SFMOMA’s key experience principles such as open, surprising and welcoming within the new identity?

Similar to its Snøhetta-designed expansion, the new visual identity is designed to be porous, open and welcoming, providing multiple points of access—It was inspired by the surrounding hills and the water and fog of the San Francisco Bay. The organic configuration of the three parts echoes the idiosyncratic, free-thinking culture of the Bay Area, which is known for its nonconformity and diversity.

“SFMOMA’s goal to offer more access to modern and contemporary art was a catalyst for change throughout the institution,” explains Jennifer Sonderby, SFMOMA’s Design Director. “This translated into a new visual identity that literally opens up just as our building now does to the city, welcoming visitors for a wide variety of experiences.”

The final identity includes a new logo with two different “states”: a contracted state in which the letters are rearranged to mimic the undulating topology of the city's hilly terrain, intentionally set to feel as though it is about to move; and an expanded state that opens to become a frame in which content is viewed.

These two states actively respond to different formats and content and allow the identity to become a conceptual lens through which the program of the museum is experienced. On a functional level, the new logo is more space-efficient, allowing greater scale and legibility on everything from small digital screens to large street pole banners to the exterior signage on the front of the museum.

The visual identity also includes custom typefaces, SFMOMA Display and SFMOMA Text, whose curves mimic the gracious forms found in the letters of the new logo. To celebrate the architectural joining of the Mario Botta-designed building and the new Snohetta-designed building, a graphic pattern was developed that echoes the contrast of line and form found throughout the two buildings.

Inspired by the contrast between the Mario Botta-designed brick building and the cool white façade of the Snøhetta expansion, the primary color palette of the new visual identity includes warm red, white and black. Warm red is also one of the most visible colors through fog, sharing attributes of the color of the Golden Gate bridge.