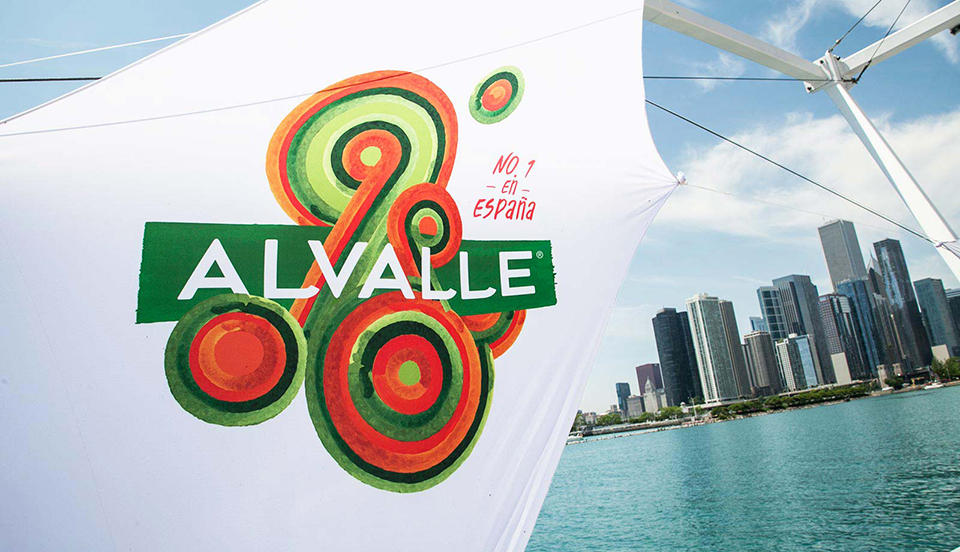 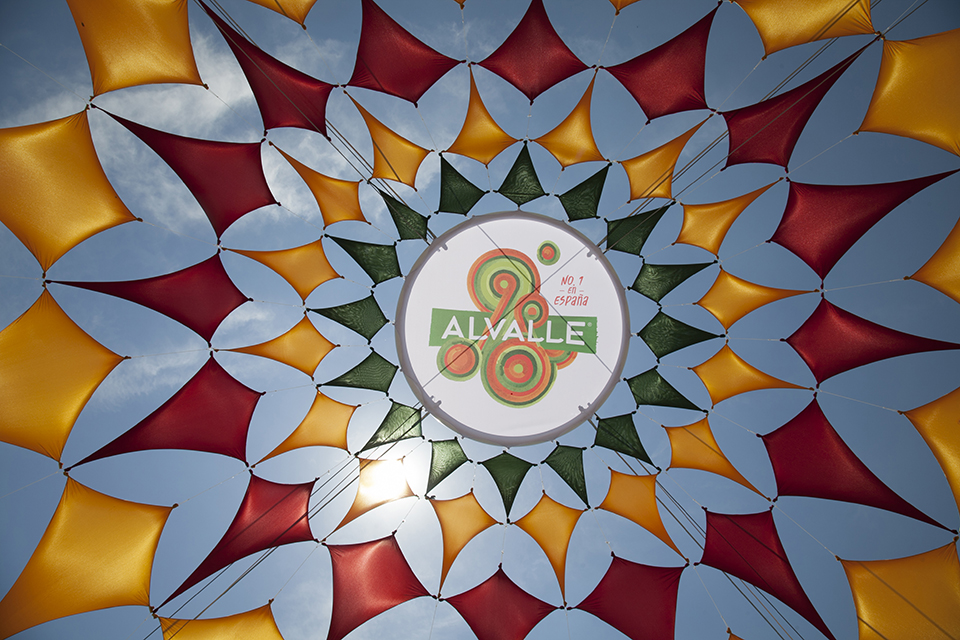 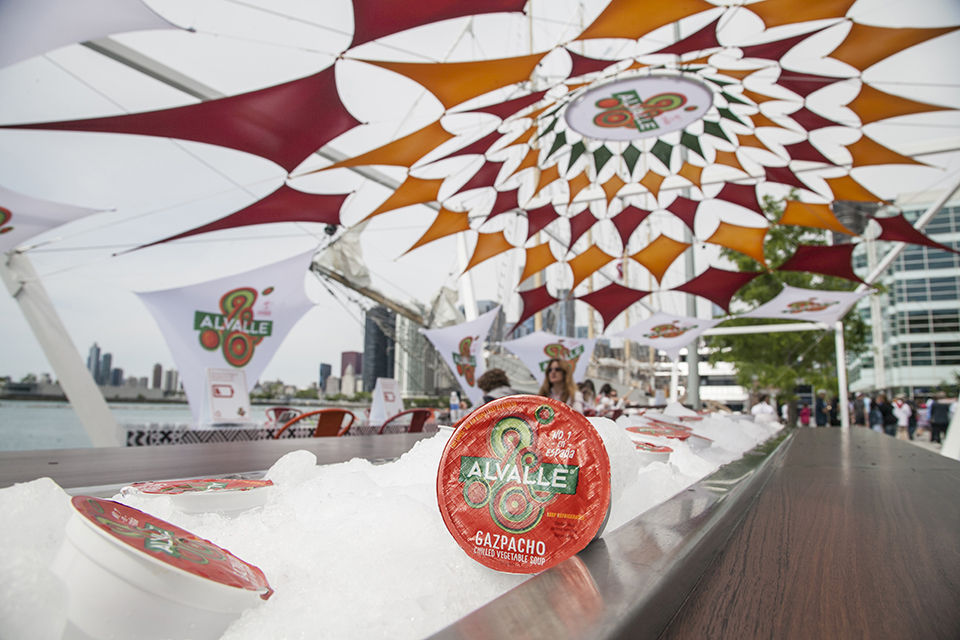 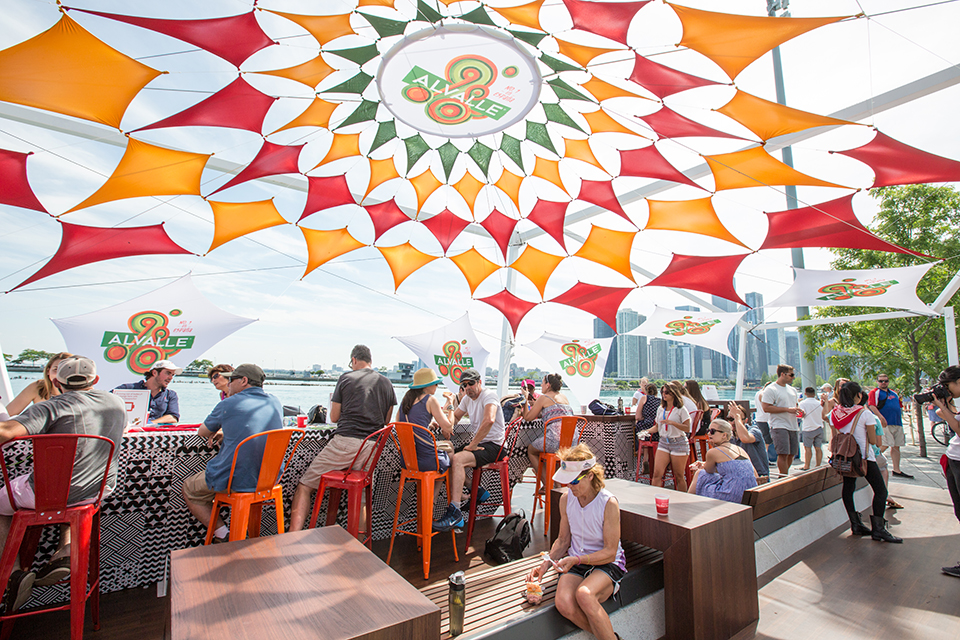 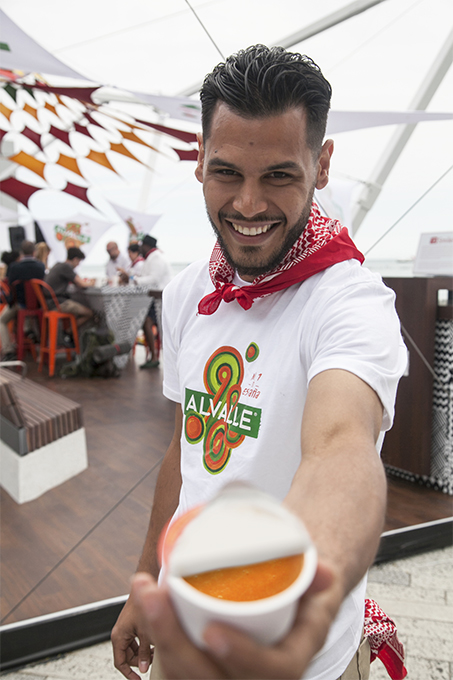 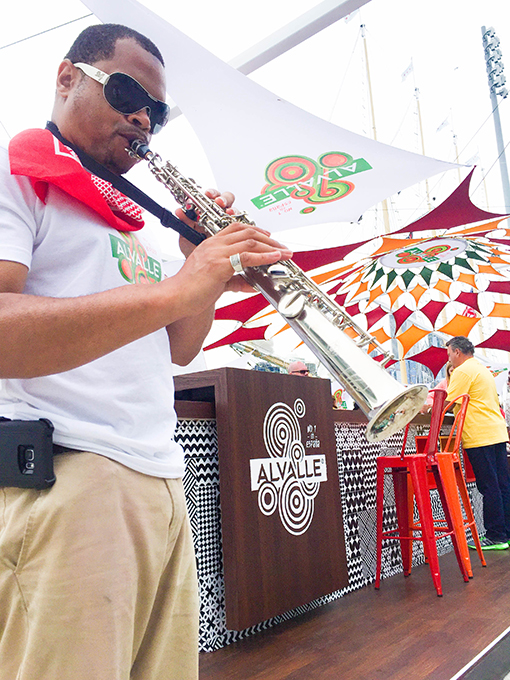 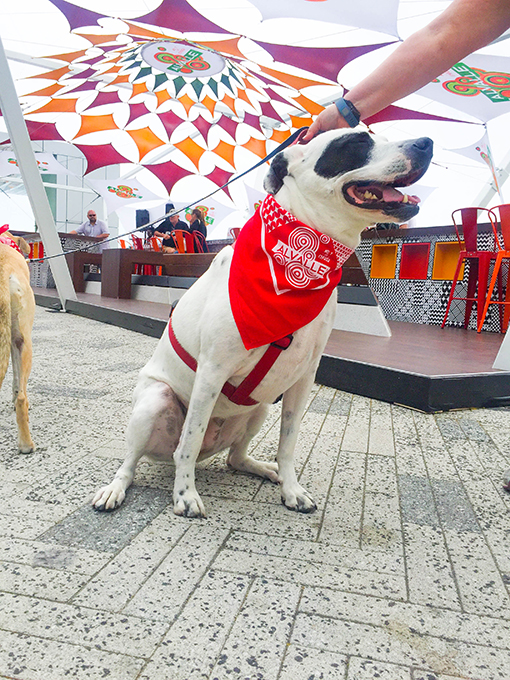 This summer, one of Spain’s most beloved brands set sail from the hot, sandy beaches of the Mediterranean to land in the hands and hearts of American consumers. Alvalle, a packaged 100% natural gazpacho soup created from an Andalusian family recipe, had a mission: introduce the number one Spanish brand – along with the entire gazpacho category – to the U.S. market. It’s first stop, Chicago. Within the hustle, bustle and beauty of The America’s Cup Race, the skyscraper-filled skyline of Chicago carefully faded into the background after consumers immersed themselves into Alvalle’s creative, lively and gourmet experience.

For those who would love Alvalle, gazpacho is something you find on a menu at a sophisticated restaurant, or perhaps something you create after a farmer’s market visit. But buying it packaged in a store – unheard of! That’s why Alvalle needed to stand out to make these impressionable tastemakers learn and listen. The America’s Cup Race at Navy Pier provided the perfect mix of audience, environment and exposure for Alvalle’s debut. Alvalle quickly transported tens of thousands of race spectators to the sights, sounds and flavors of a Mediterranean seaside restaurant experience by creating a unique Mediterranean 50’x 17’ gazpacheria. Featuring a casual, tranquil display, a DJ playing music and ambassadors distributing the number one cold soup from a hot country, Alvalle was able to create “La Gazpacheria” to impart the brand essence into the physical environment and deliver an educational component to the product and brand.

It took the team three days to build a spectacle that would rival the colorful sailboats, other world-class sponsors and leave a lasting impression to everyone who came into contact with the brand. Alvalle was able to create a landmark, artistic environment that ensured visitors were intrigued to explore Alvalle’s chilled gazpacho straight from Spain and not turn their heads at cold tomato soup in a cup. Within three days, over 200,000 people entered the Alvalle space, laying important groundwork for the brand’s long-term stay in the U.S.

Alvalle carefully created and constructed “La Gazpacheria”, a pop-up outdoor restaurant-style experience, with a thoughtful design inspired by the world-renowned sailing event. The picturesque views of the water, the boats during the race, and the colorful, fresh design of the Alvalle restaurant lounge became the perfect destination for people to take pictures, stop to watch the race and sample gazpacho. Handing out tens of thousands of samples over the three-day period while maintaining product integrity was important to the success of the program.

Channeling the seaside towns of the Mediterranean, the team welcomed nearly 200,000 people to the La Gazpacheria experience resulting in almost 30,000 samples tasted and reaching 1.5 million people through social media. It featured:

• Spanish Influence and Inspiration: In addition to the sailing event, further inspiration for La Gazpacheria was drawn from Spanish tiles and cafes, bringing an artistic flair to the look and feel through tile patterns and vibrant colors. La Gazpacheria featured yellow-gold and red colored sails that were displayed in a playful wink to the colors of the Spanish flag. The sampling bar featured graphic black and white tiles that translated the Spanish tile-making tradition in a modern way, while celebrating Alvalle’s roots in the kitchen, the heart of the home. Given by a uniformed brand ambassador, the consumer was able to taste the original gazpacho recipe, Alvalle Original Gazpacho – as fresh as homemade.

• Artistry of Alvalle: To maximize technical and visual appeal, colorful sails provided subtle motion and shadows over the lounge. An inverted support was built to satisfy the 90 miles-per-hour wind requirements with an unballasted, unobtrusive structure. The inverted support also allowed for a large canopy while still maintaining a small event footprint. Branding was also tastefully applied to the sails and tied into sponsorship logos throughout the event. A raised floor was constructed to anchor bar elements, hide structural steel and run the power and drain required for all the refrigeration.

• Sounds and Spirit of Spain: La Gazpacheria was a fun, colorful inviting space that featured a live DJ playing Spanish dance beats with a twist. The Gazpacharia bar also featured a phone charging station designed to invite people to relax, recharge and engage with the brand in a one-on-one environment. Over 1.5 million people shared their Gazpacharia experience on social media and live interviews from the activation.

The construction of La Gazpacheria went without a hitch due to the thoughtful planning and swift set-up. Over the course of three days, Alvalle overwhelmingly succeeded in launching Spanish gazpacho to an American audience by welcoming 30,000 spectators of The America’s Cup into an engaging and exciting experience. Approximately 15 percent of all event attendees had the opportunity to taste the product, and more than half of the nearly 200,000 people that attended the event from 48 states and 23 countries interacted with the brand in some way, whether it was sampling the product, listening to music or receiving a giveaway.

Results from independent research conducted by event organizers to assess sponsorship effectiveness further reinforced the feedback visitors shared on-site. Alvalle stood out with more than a tasty product, the La Gazpacheria brand experience generated excitement that pervaded the three-day America’s Cup event and beyond: more than half of event attendees had increased brand opinion as a result of Alvalle’s sponsorship. In addition, the engaging environment served as a key driver of brand awareness with 57% of the attendees becoming aware through exposure to the Gazpacheria.