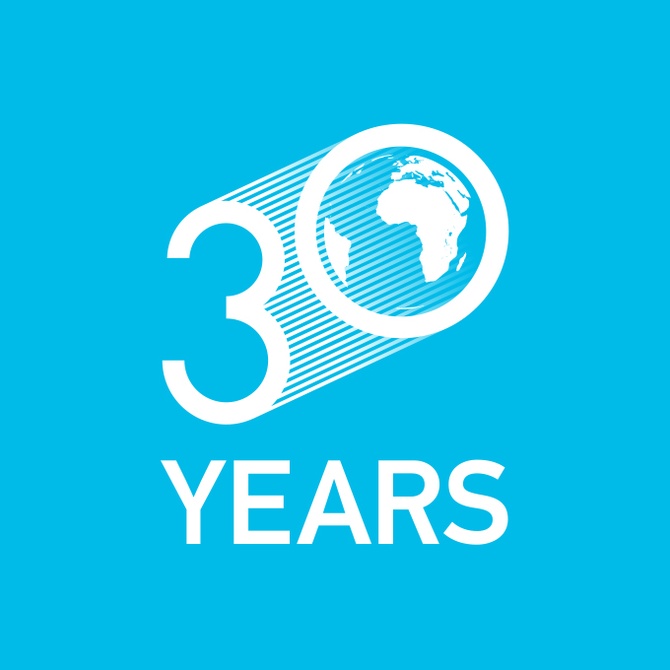 EUMETSAT is a global operational satellite agency at the heart of Europe.
It’s mission is to gather accurate and reliable satellite data on weather, climate and the environment around the clock, and to deliver this data to a total of thirty one member and cooperating states throughout Europe, as well as international partners and other worldwide users.This is achieved through constant satellite surveillance of our planet with the ability to scan the earth in fifteen minutes.

In June 2016 EUMETSAT was celebrating it’s 30th anniversary with the participation of high level officials from its 30 Member States and the World Meteorological Organisation, the European Union, the European Space Agency and other international partners. An anniversary logo design was required to visually capture the essence of EUMETSAT’s 30 year weather and climate monitoring. This identity would be present on all communications material.

As EUMETSAT is a world leading operational satellite agency for over 30 years, the logo design needed to reflect EUMETSAT’s global presence and also their core business; monitoring our planet. It was also important that the  numerical 30 was an integral part of the design.

By using the numerical ‘0’ in 30 as a central component of the concept, we successfully designed a simple logo mark that visually integrated the numerals while also highlighting the monitoring and scanning of our planet.

This distinct logo mark is now present on wide range of EUMETSAT communications material for 2016. The simplicity of the design created a lot of excitement with the organization as the logo concept not only highlights the global significance of EUMETSAT, but also the important part it plays in monitoring and delivering accurate, reliable weather and climate satellite data world wide.