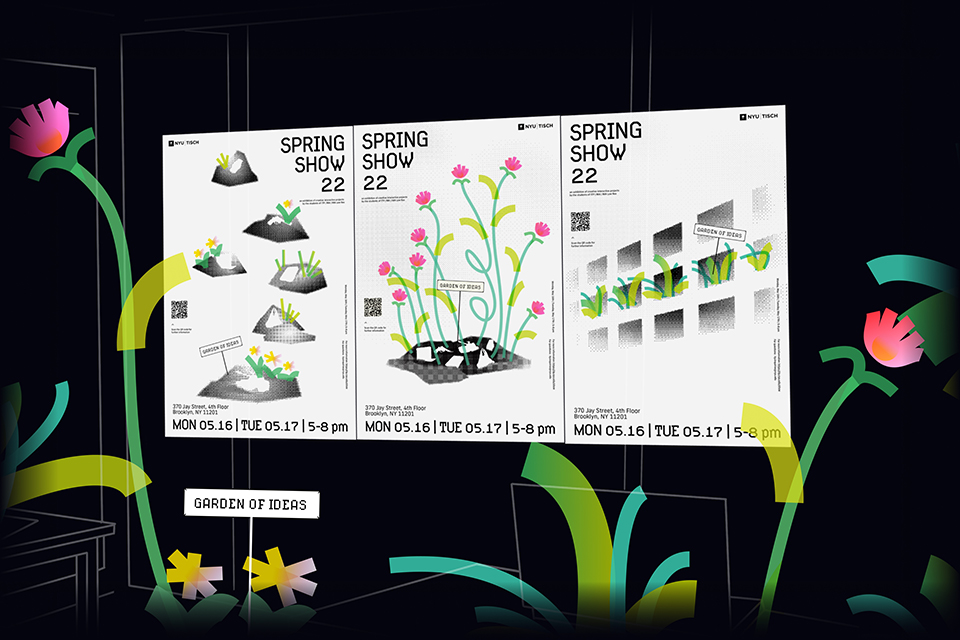 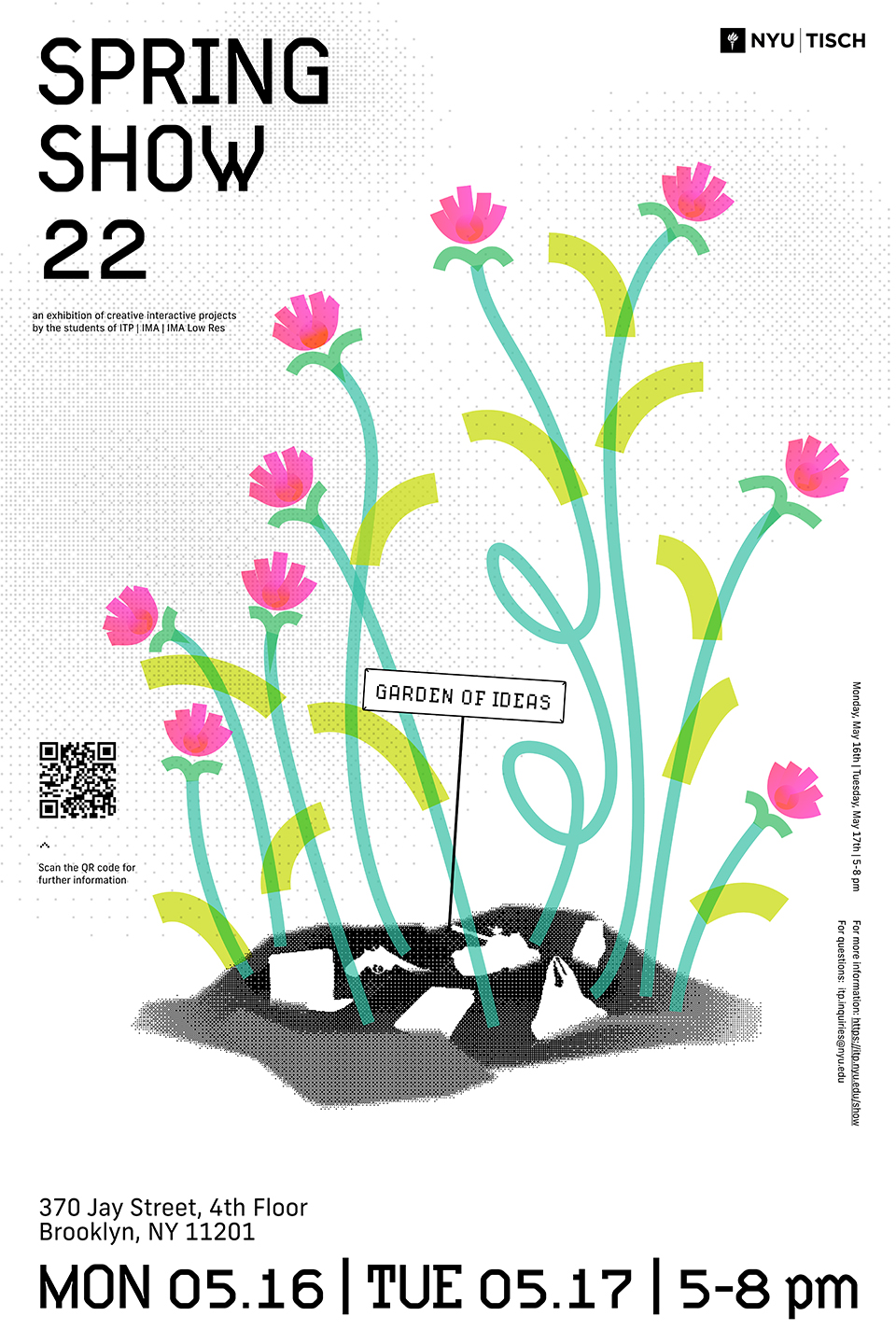 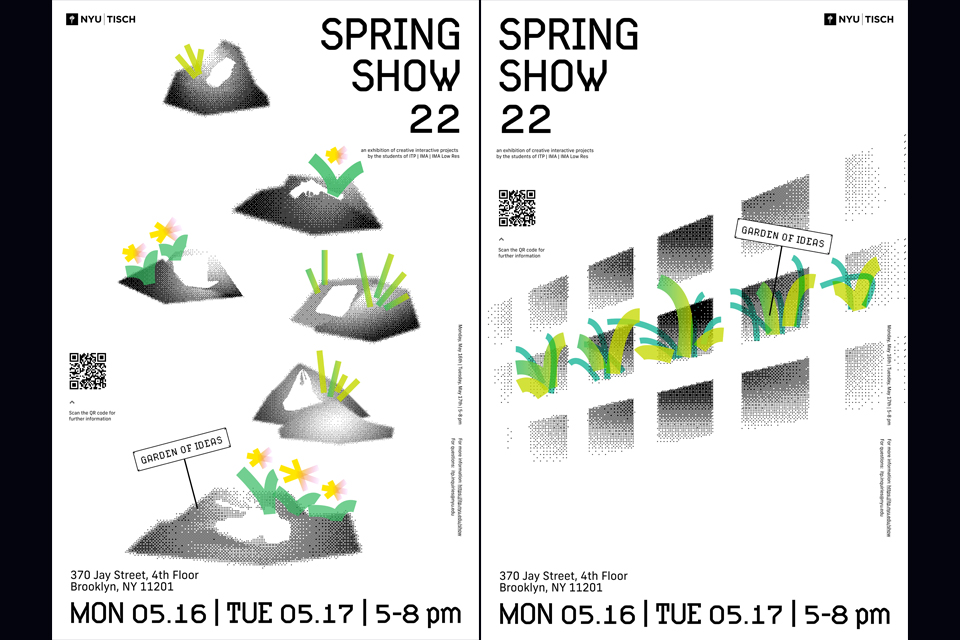 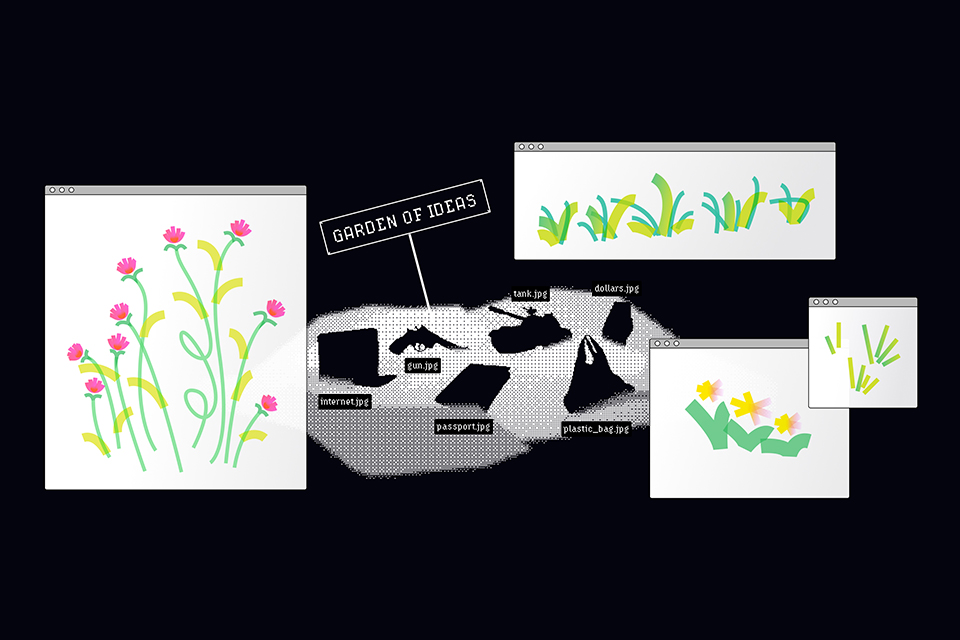 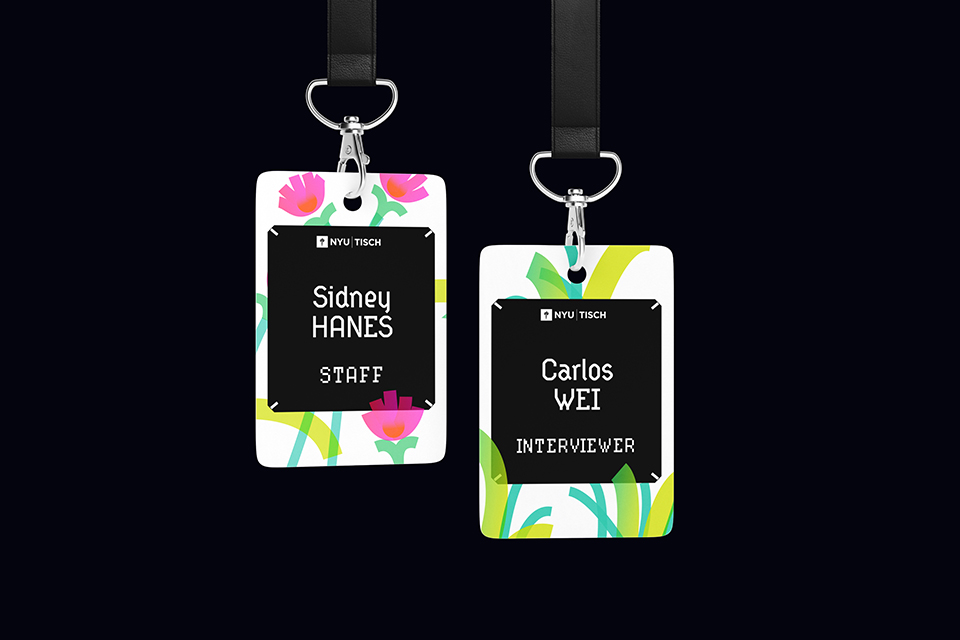 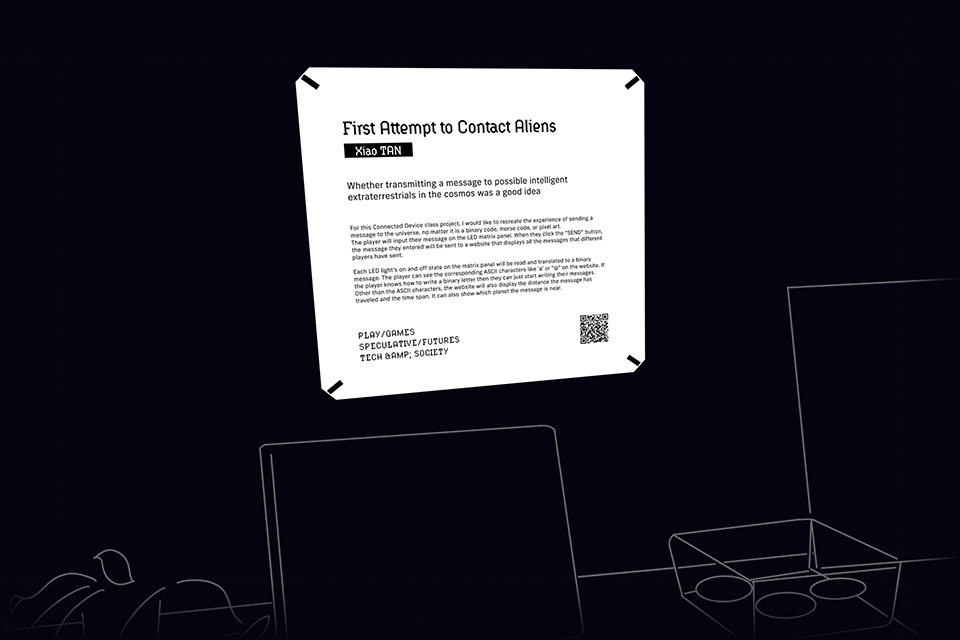 This is the hypothetical branding suite of a biannual exhibition of ITP/IMA program at NYU's Tisch School of Arts, expanding on the initial design which I submitted to ITP/IMA Spring Show Poster Design Challenge. The winning design was to be selected to promote the Floor Show and be made into prints which would be put up at different locations. Although my design wasn't the "one" that won the poster design challenge among +30 submissions, it was selected as one of the best designs and was guaranteed a showcase spot for the upcoming spring show.
I decided to develop my idea(noted on Approach section) behind the poster designs into a complete branding suite that could be used for the live exhibition.

ITP/IMA program at NYU hosts an exhibition of creative interactive projects executed by the students at the every end of school semester. On April 2022, at the moment I designed the posters, I saw that the upcoming spring show was holding many significances. After a long shutdown of the in-person community from Covid, last winter’s ITP/IMA show also ended up being canceled due to the surge of the Omicron variant. The members of the program were all looking forward to reopening of the show in a mild spring weather.
I brainstormed for the keywords to graphically translate the upcoming show, and there wasn’t any better motif than the word “spring” itself. Like how greens and blossoms spout out after a seemingly endless winter, the community are longing for this show—the site of reunification and celebration of the end of the school year. I also wanted to convey the creative resistance which is thought of as one of the ITP program ethos. The world is having its hard times right now. Hate crimes, wars, deportations, and climate changes are happening very near and far to us. I wanted the poster to communicate the idea that our community could speak up for righteousness through our greatest power: creativity.
To deliver such idea, I buried the graphics of a tank, a gun, a bundle of dollars, a passport, a plastic bag, and finally a laptop, in the pixelated dirt mounds. Each symbolizes warfare, hate crimes, wealth, borders, sustainability, and media. The blossoms are a metaphor of our expression of creativity. Our community would grow flowers on those tragedies happening in the world, hoping to decay them.