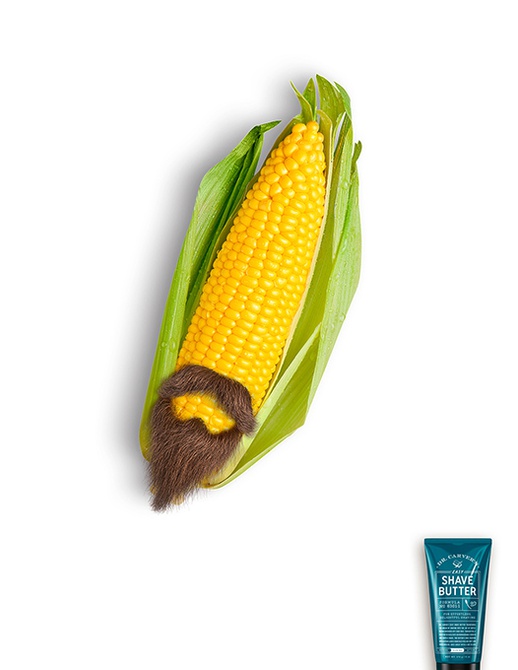 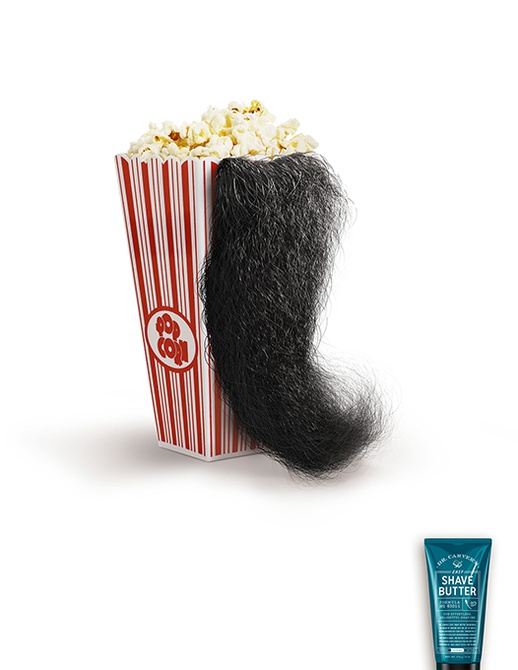 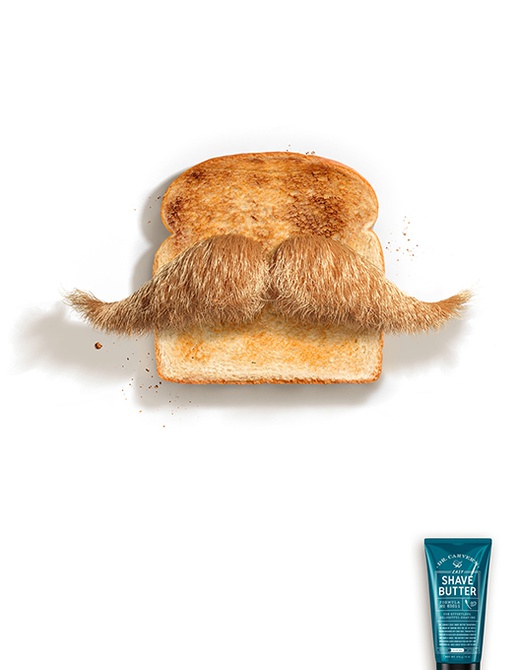 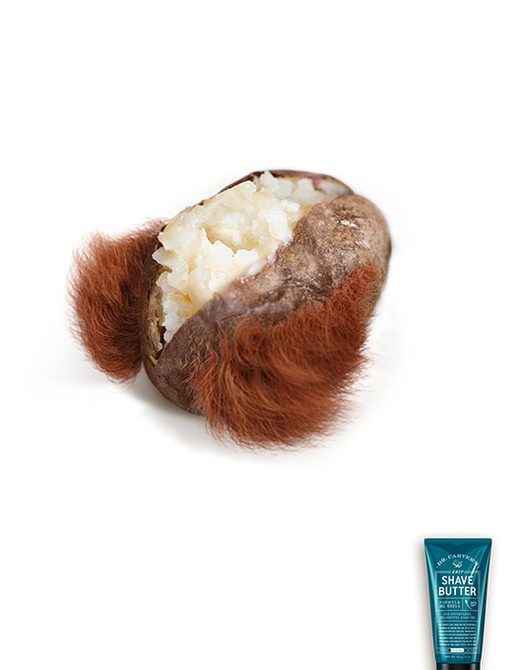 The assignment was to launch awareness for Dollar Shave Club's new shave gel sub brand Shave Butter, which has the silky smooth texture of butter, but is also transparent in color.

The creative solution wound up staring at me right in the face (but not in the mirror while shaving in the morning). Instead, the campaign idea arrived to me over lunch at a BBQ restaurant known for drowning their corn, baked potatoes and toast in butter. I celebrated coming up with perhaps the cleanest, most simplest layout of my career by leaving work early, going to see a movie and eating an entire box of buttered popcorn by myself (which became the fourth print, poster and social media post execution in the campaign).

Shave Butter quickly became Dollar Shave Club's most profitable product and second most popular selling one (behind only their monthly razor subscriptions).