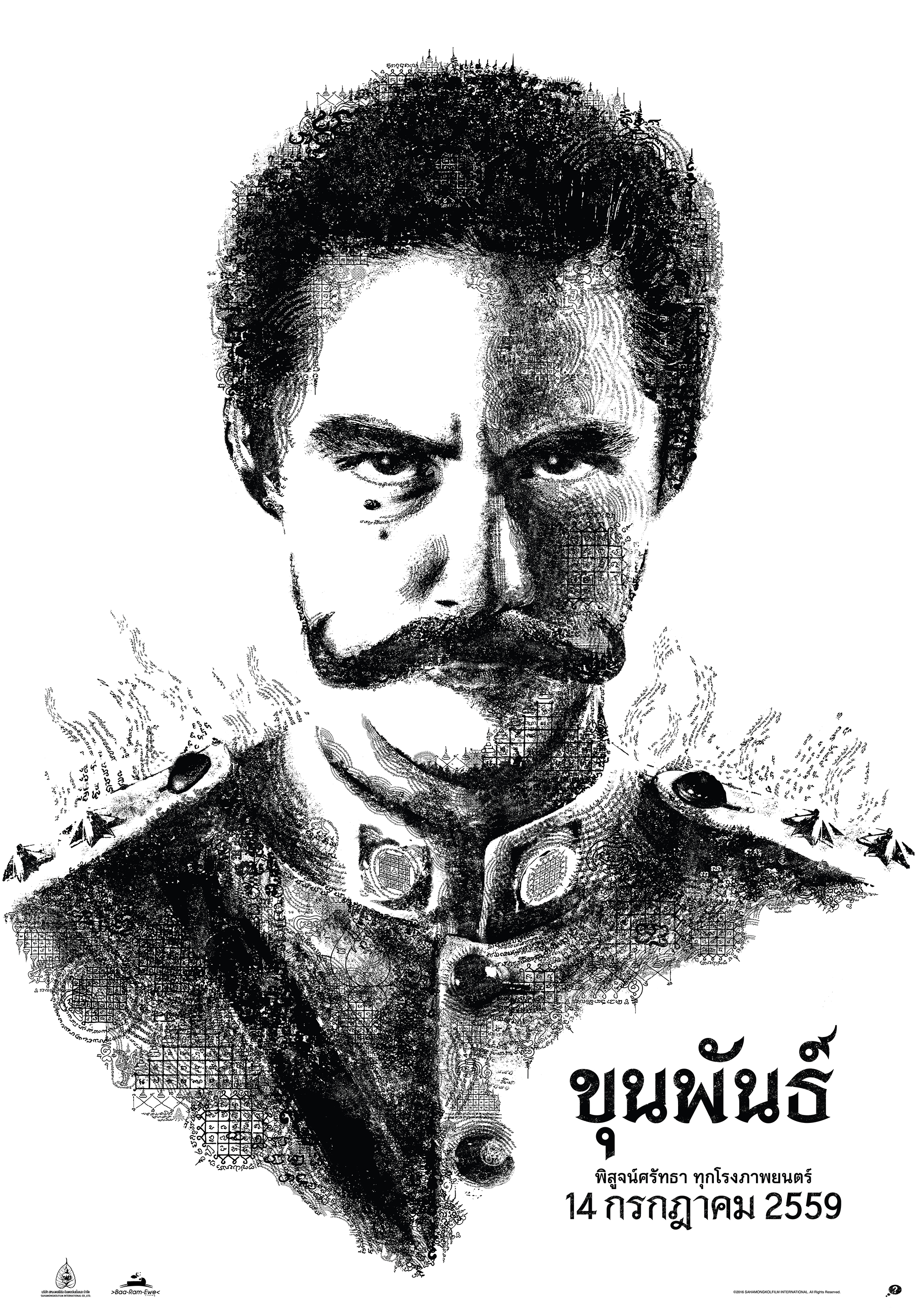 To promote the film that based on real events and true story of a Thai police officer, who had the biggest number of arrests in the history of the year 1930s and was known with an alias name of “Necromancer.” It need to attract young generations and make the movie feel modern with unique style.

The poster of the film was created and inspired by the belief in black magic incantations, the malicious left hand counterpart of benevolent “white magic”, characterized by black and white tattoos believed to be based in the symbols called “Yant”, with 5 columns that presented the holiness of Buddha, believed to protect the good moral wearers against evils and from all dangers and all kinds of weapons, (similar to those tattoos of Angelina Jolie).
The actor who was chosen to play the role of the hero was said to be having the closest similarity of the character portrayed. We are so proud to be the first in bringing the customized font characters to incorporate with the movie poster. Especially, the movie title, the curve was inspired by the police's weapon and the round was inspired by his gun barrel. The black and white palette was chose to make the type elements stand out and represent the old time period, yet modern because of the contrast on graphic.

The filmed turned out to be very successful and was on the top box office of that year over 100 million bath in ticket sales , stood out from the rest of domestic films. It is now become the iconic recognition for this film cover, even though, the keyart poster released several versions.