Metallica Through the Never Movie Poster 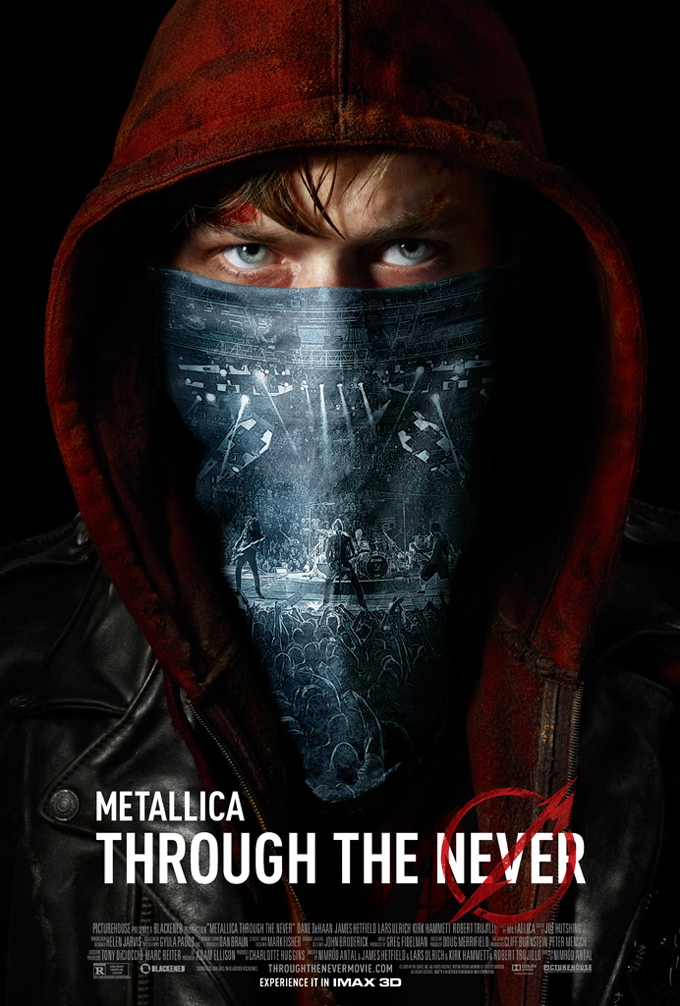 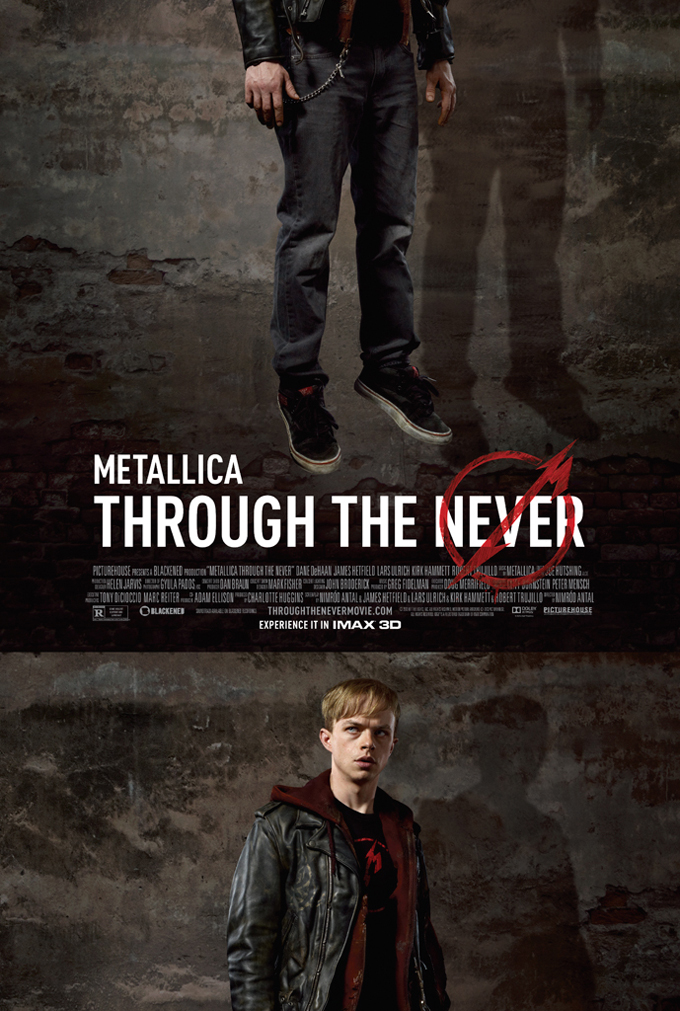 We created a set of posters for Metallica’s first 3D film release, Metallica Through the Never. The film combines live Metallica performance footage with the fantasy narrative of a young roadie, played by Dane DeHaan, for a fully immersive experience.

The posters feature a graphic shown on Dane’s t-shirt in the film - an iteration of the band logo’s iconic “M,” originally designed by the lead singer, James Hetfield. We simplified the “M” and used it as a stenciled graffiti element, striking through the word “Never” to create a visual shorthand for the movie’s title: Metallica Through the Never.

A key scene in the film occurs when the lead character lights himself on fire wearing a red hoodie and blue bandana. We created the official poster by photographing Dane in the memorable outfit and combining the graphics of his bandana with that of Metallica performing live to represent the duality of live and theatrical performances in the film.

We additionally extended the concept of the stencil to soundtrack and DVD packaging, and inspired fans to create their own artwork they could upload to a Tumblr site we created. The visual identity was also used by the band’s in-house design team and Picturehouse, the movie distribution company, to create global marketing materials.