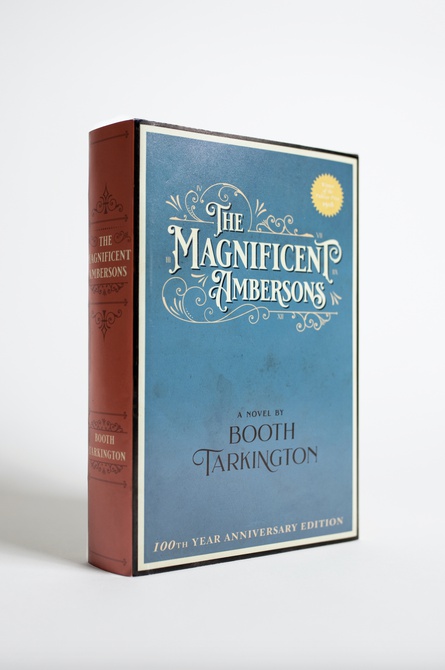 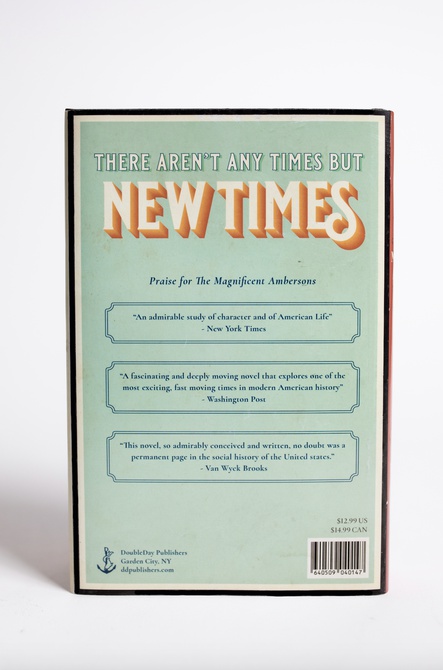 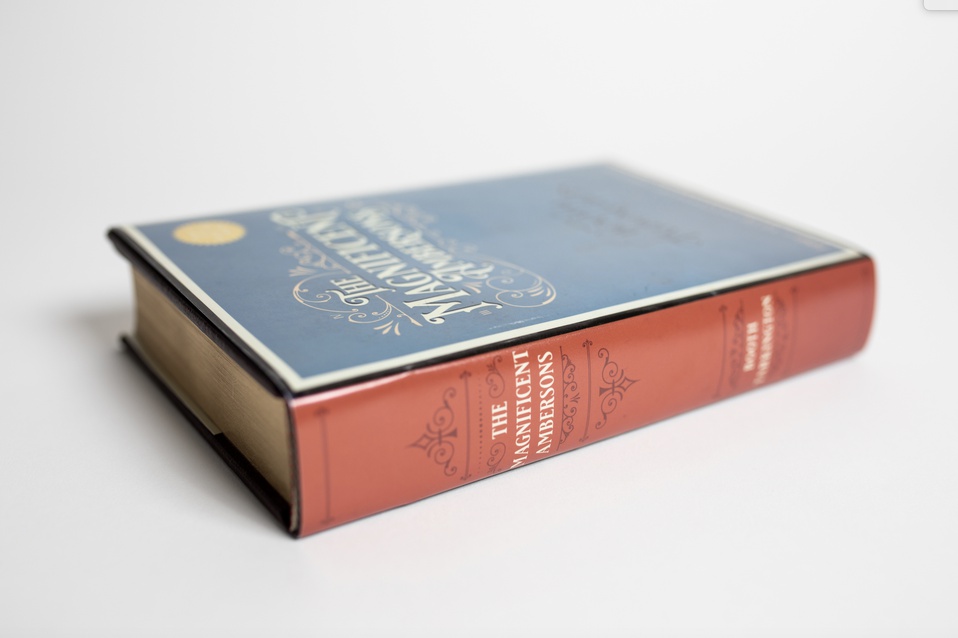 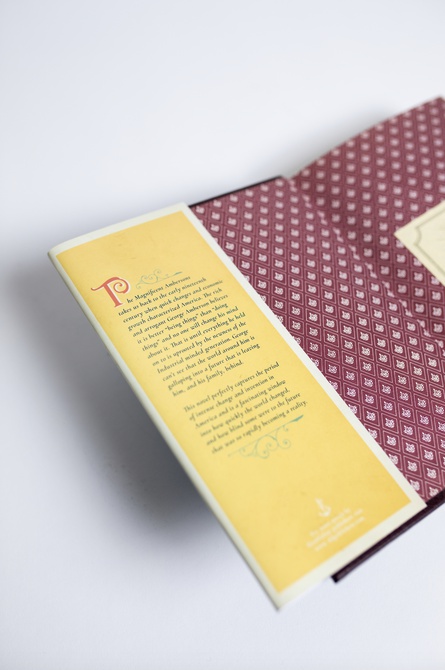 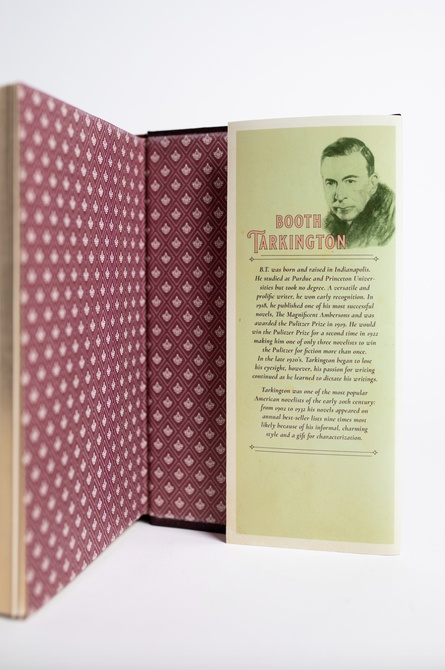 For this assignment, we were given a list of five classic books to chose from to design a cover for.

I chose a book called "The Magnificent Ambersons" because of its rich themes and its setting in the 1920s. The book is about two men – one coming from old money in the 19th century and resists change and the other, a young man who becomes rich by taking advantage of the new technologies the 20th century has to offer. I wanted to visualize this story by using an art nouveau style on the front to represent the early 1900s and gradually move to a more art deco style on the back representing the 1920s.

I achieved this visualization of the two decades and the changing of time by using typography almost exclusively while also using textures and colors to enhance the style. I used colors from the famous posters of the art nouveau and art deco time eras and made each panel a different color to represent this change rather than using one cohesive color throughout. The result is an elegant book jacket that captures the essence of old money and new money in the early 1900s.