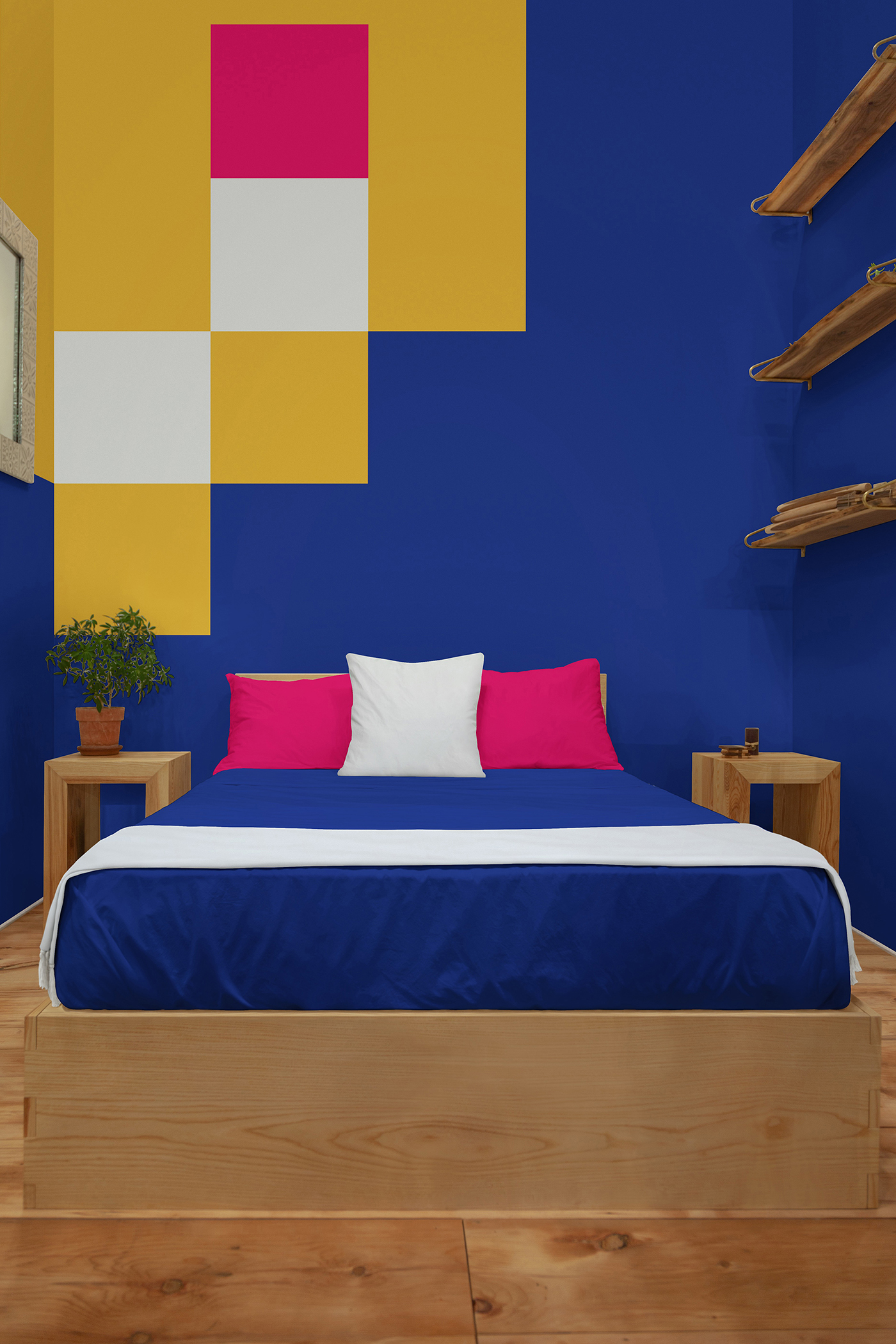 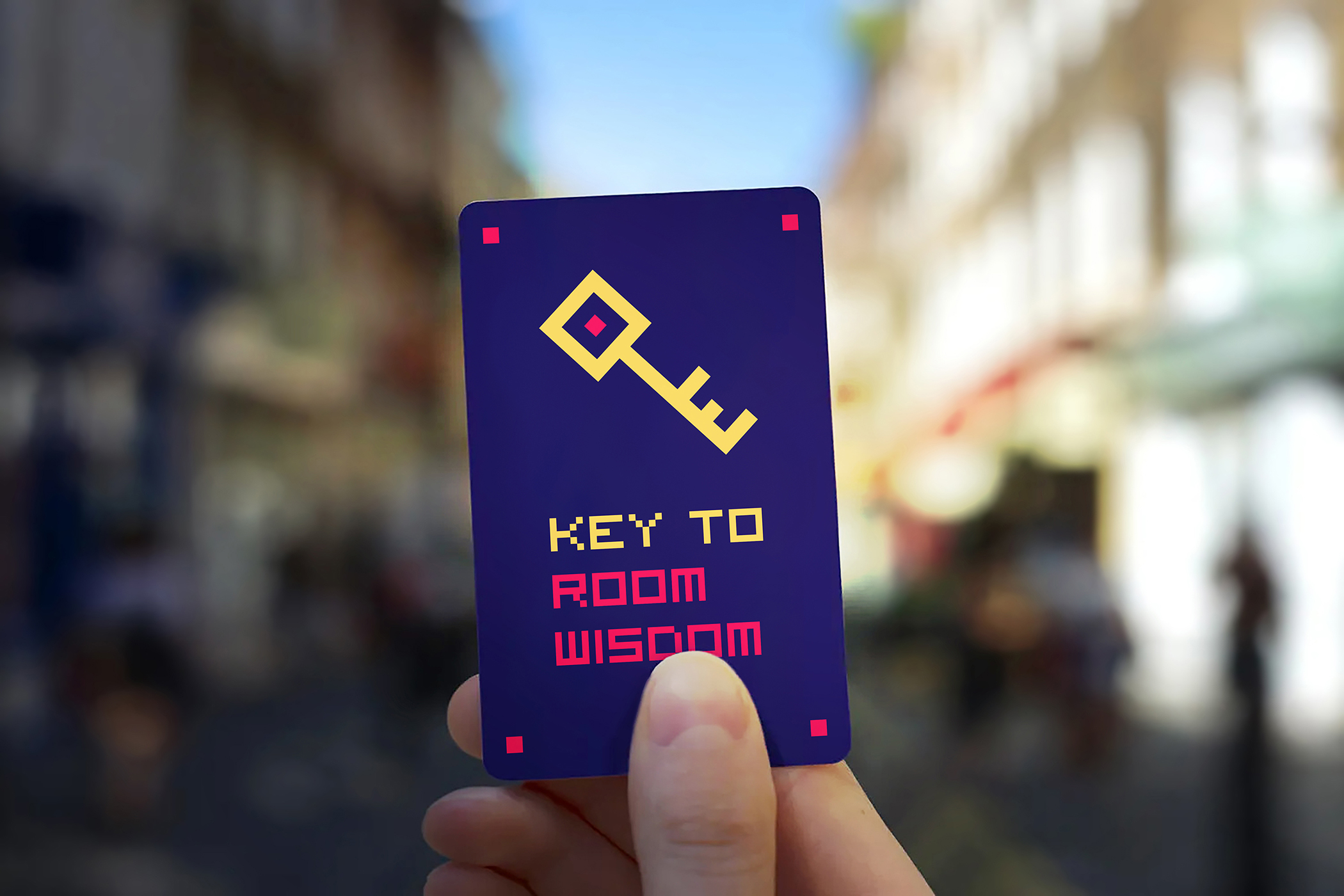 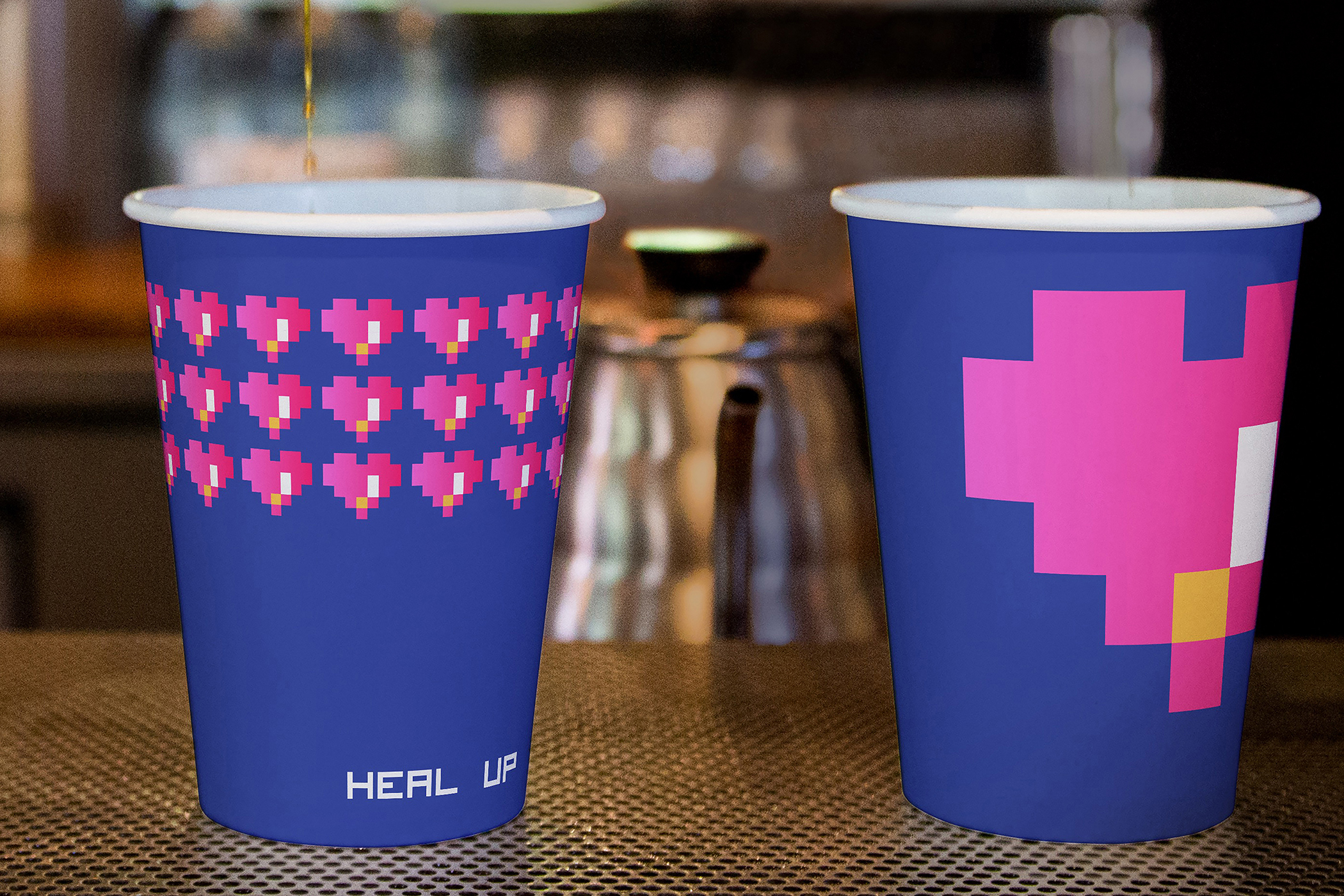 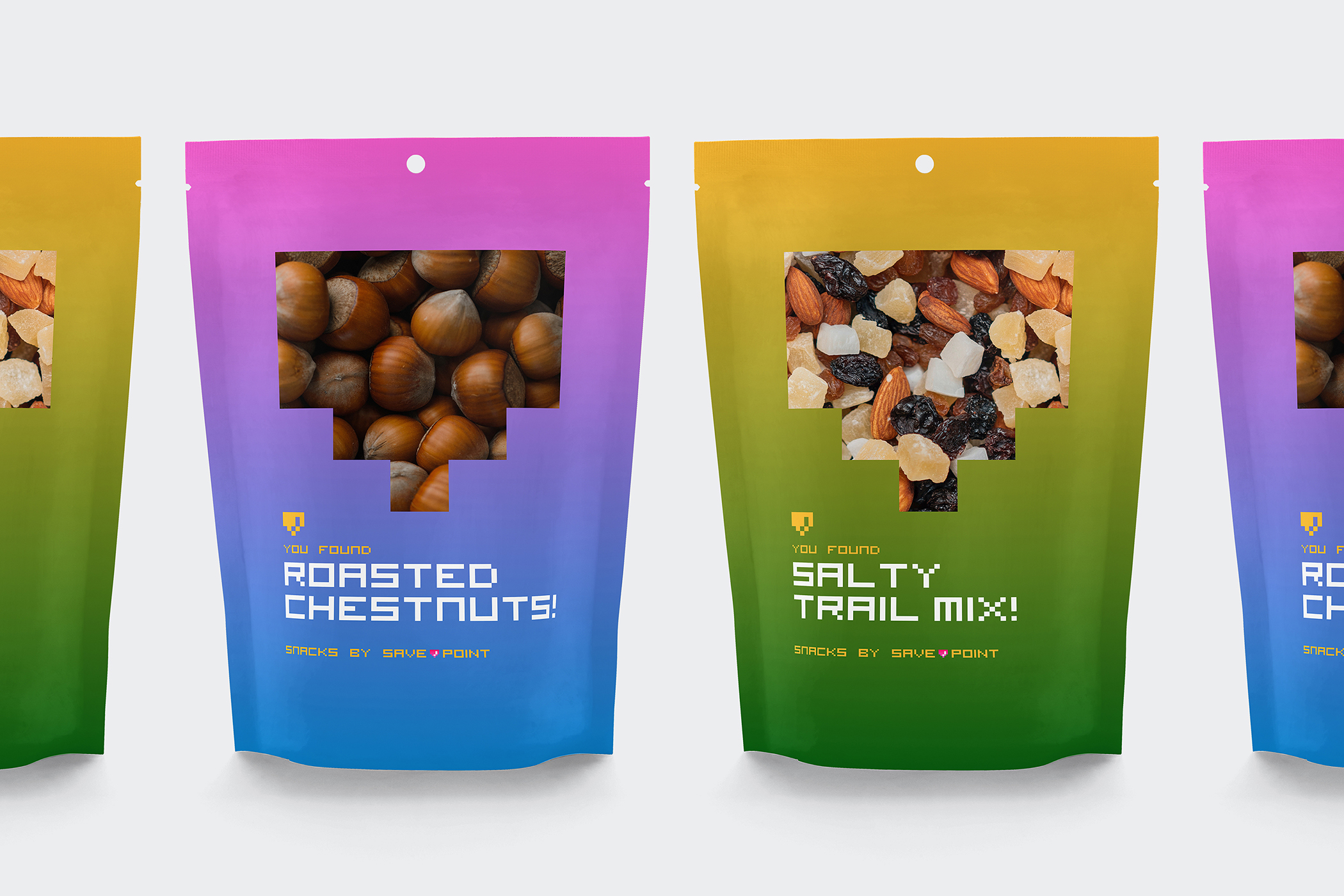 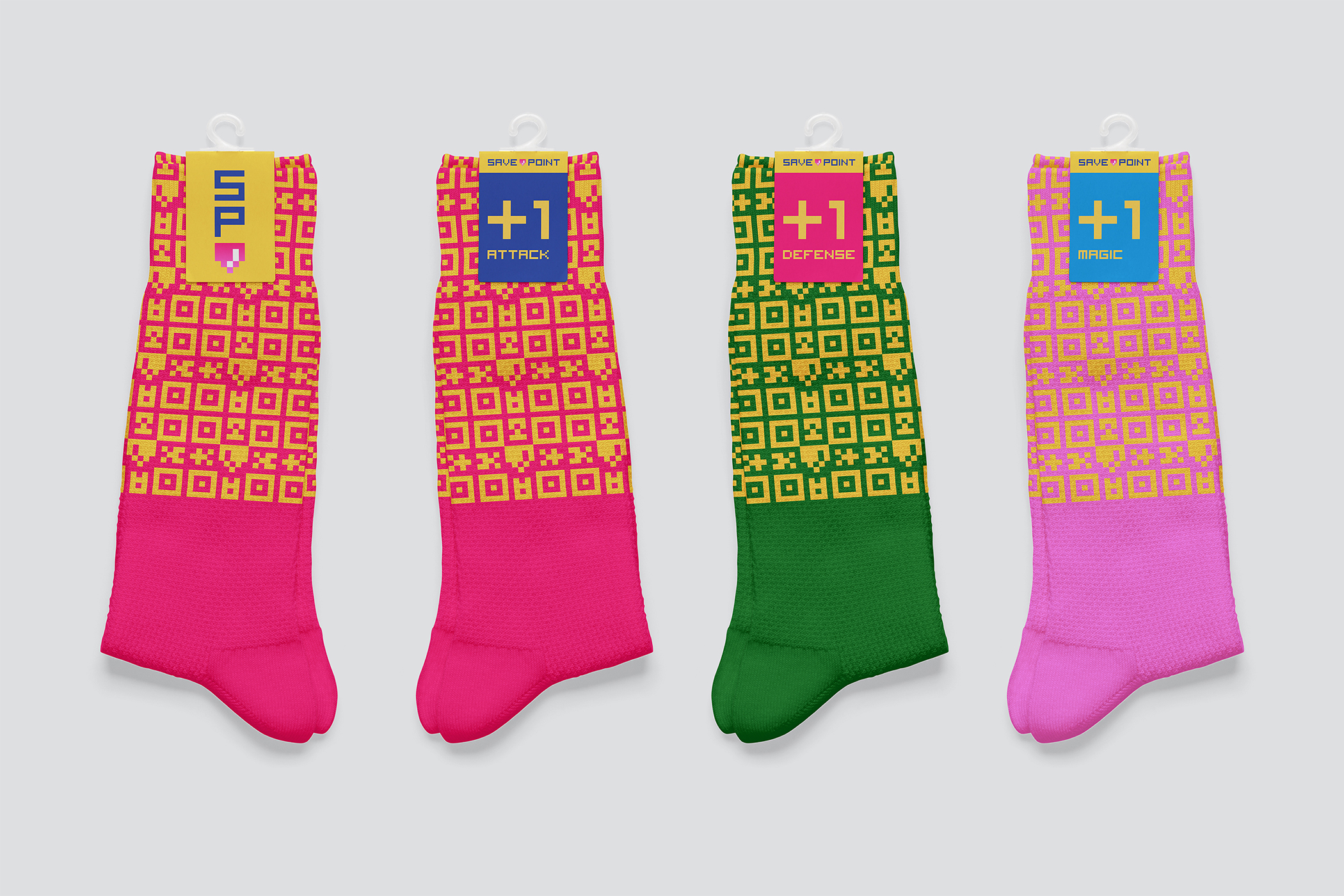 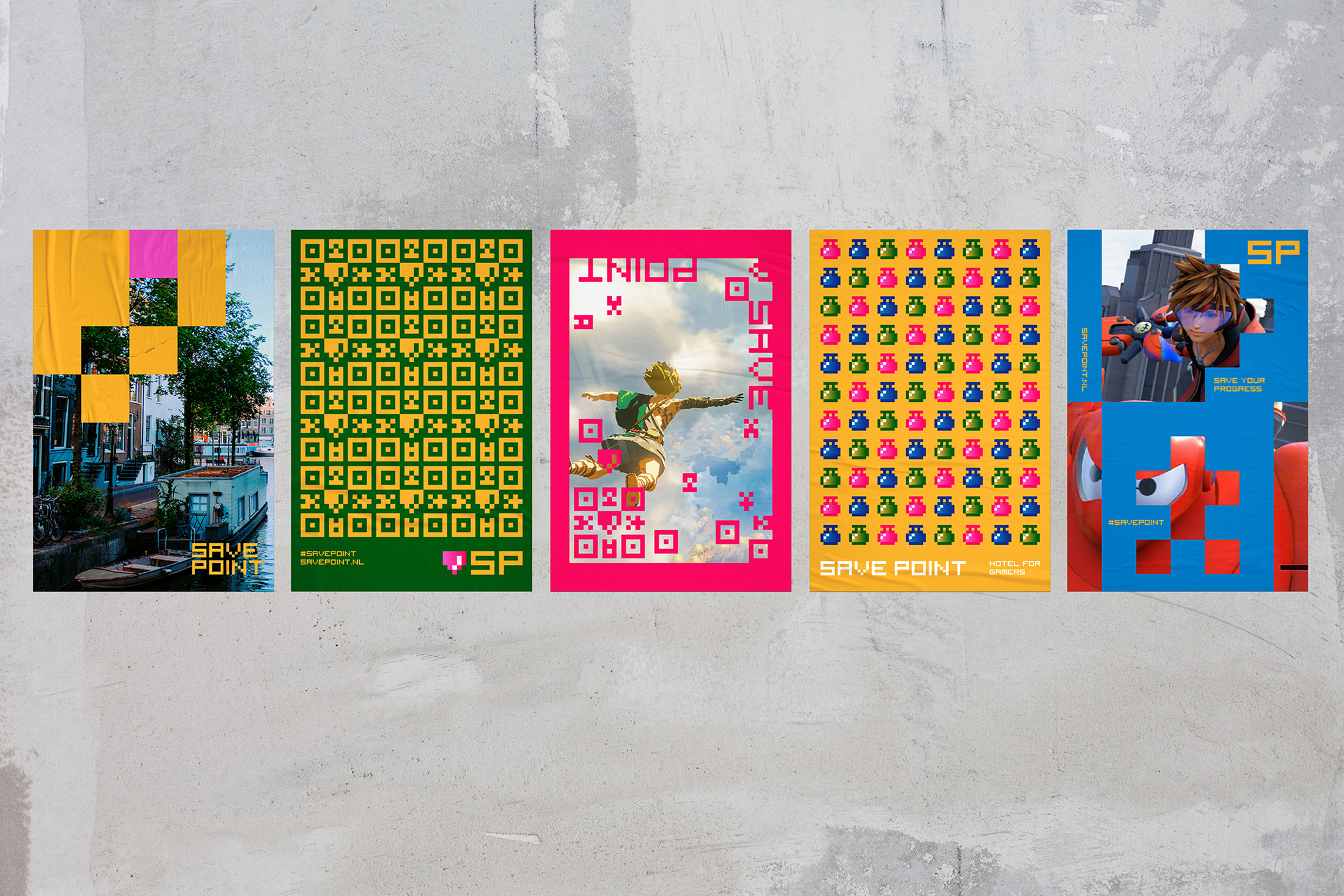 Rebranding for a video game boutique hotel, where travelers can wind down after touring and connect with fellow travelers and city locals through their shared passion for video games.

Originally called The Arcade Hotel, located in Amsterdam, the hotel had an unfocused branding. Thus, the strategy was to create a design identity that was the perfect mix of an inviting haven and fun video games.

I began by thinking of the role of hotels in video games. They often act as save points where players can go to heal up and save their progress. That’s when I came up with the idea for the hotel to not only look like a video game but, at the same time, feel like playing a video game. For example, the hotel merchandise are designed as video game items. Beverages and food act as healing items, and the apparel act as armor that gives stat boosts.

The identity system is composed of a logo based on a triangular arrow, a symbol commonly used for save points, and pixel blocks, a classic callback to video games.

So I present to you Save Point, a hotel where guests feel like protagonists in a video game and can stop by to “save their progress” and rest up.