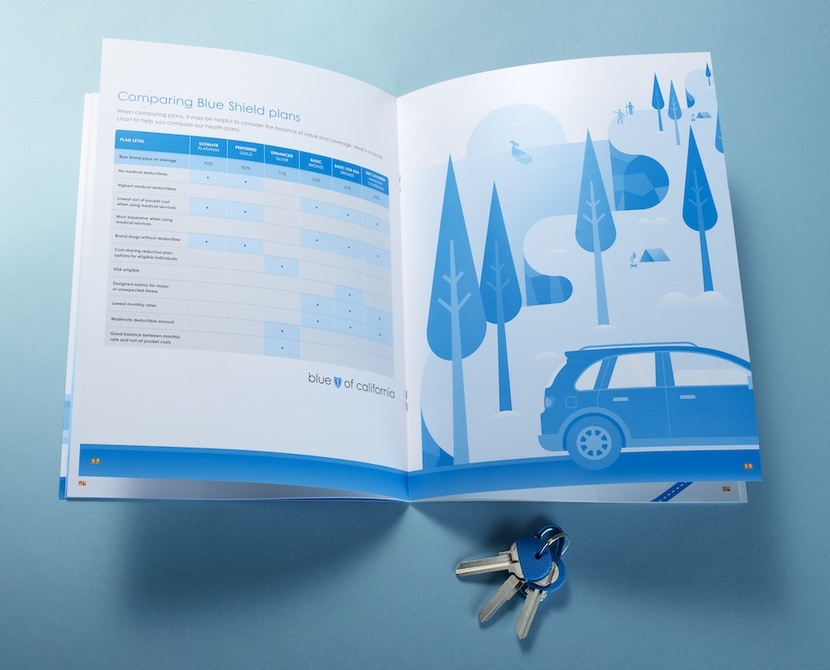 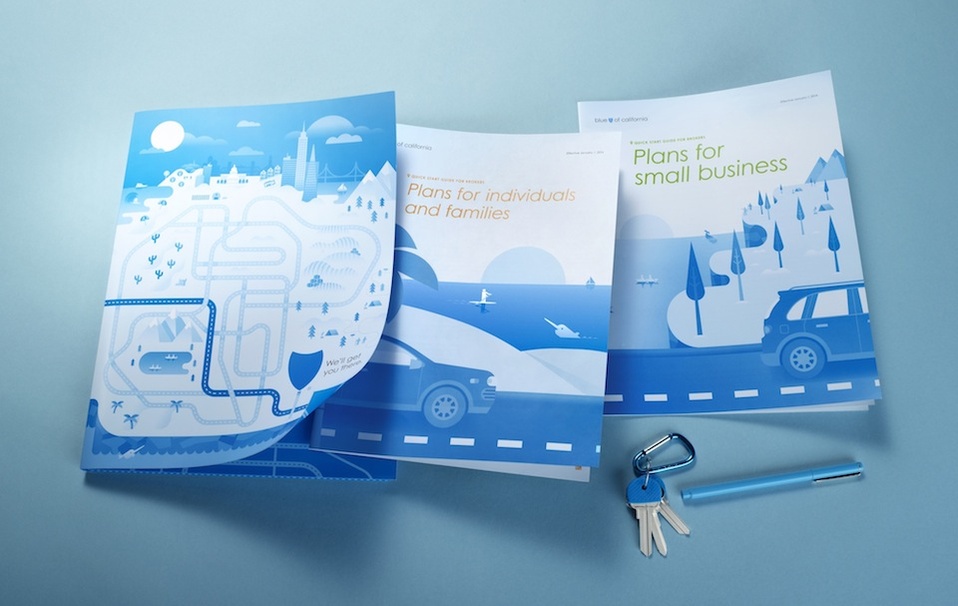 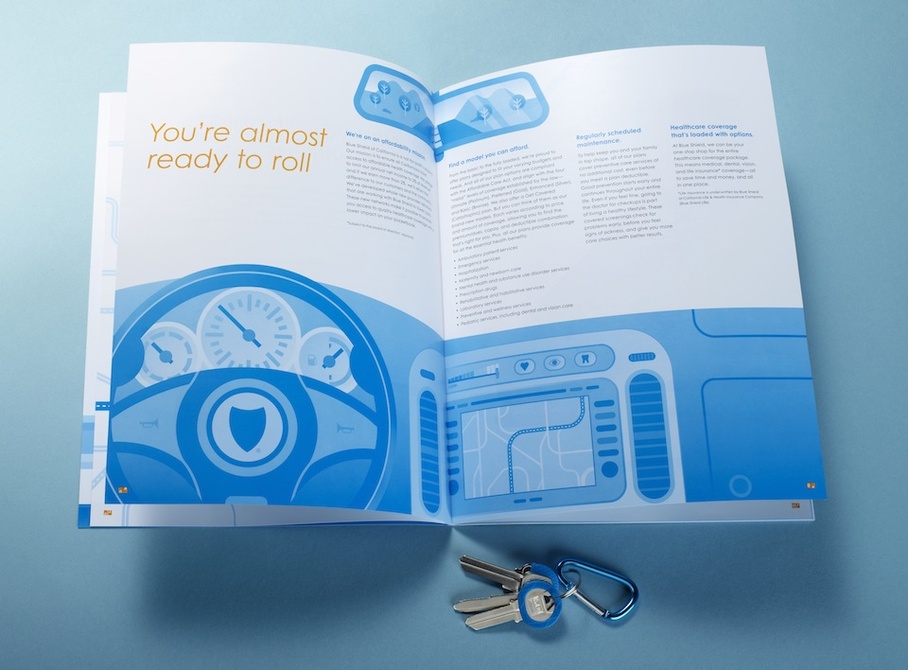 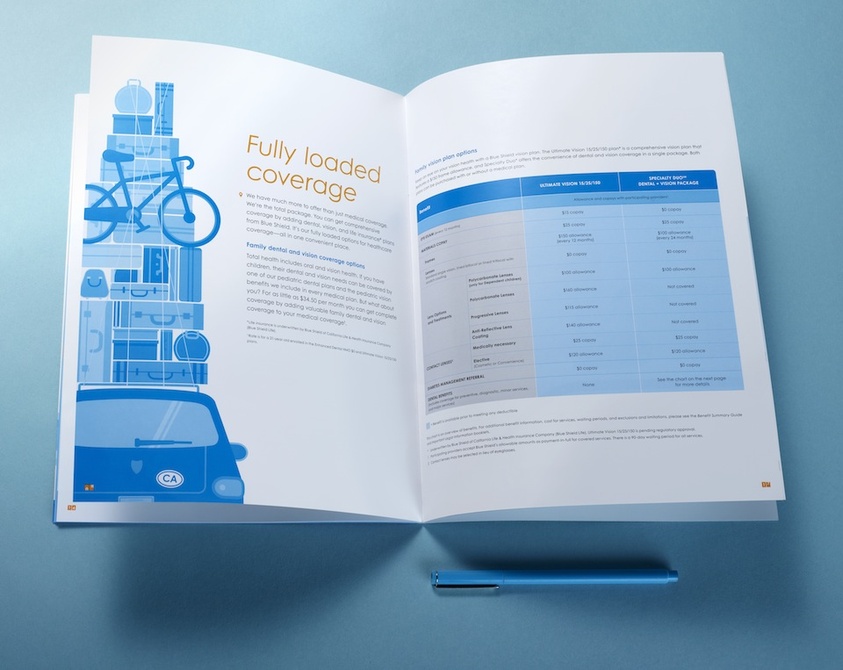 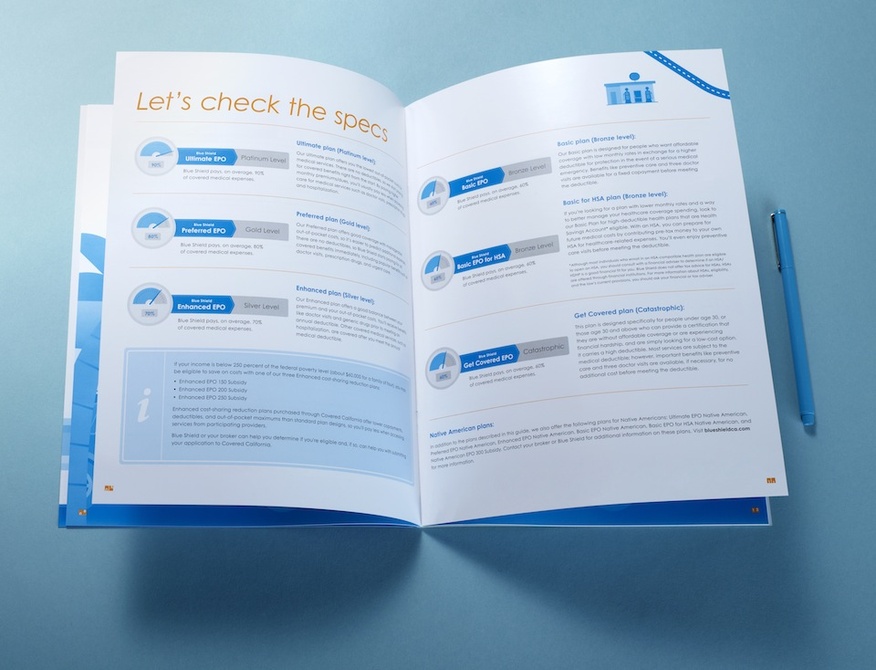 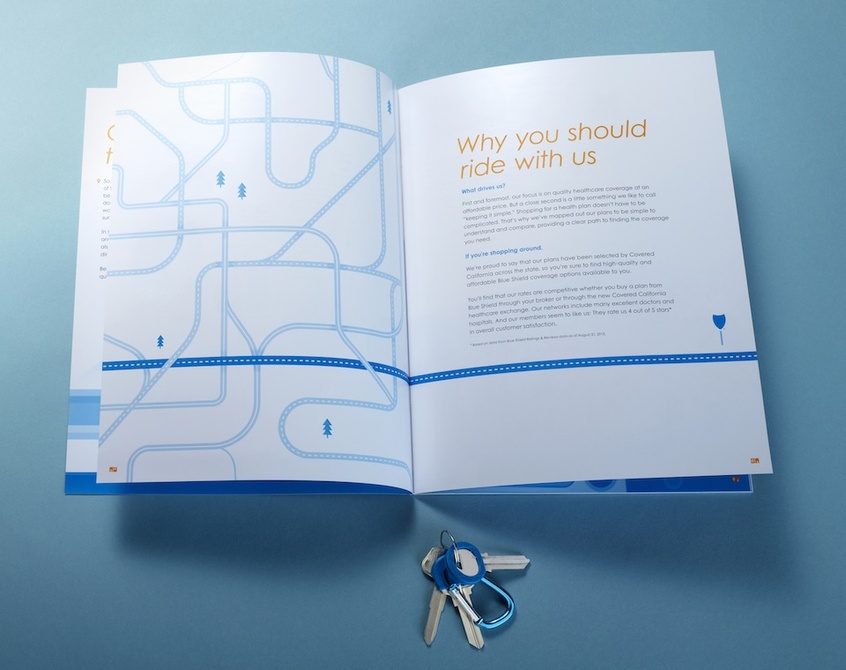 Health insurance before health care reform was confusing enough, let alone afterwards. With this fact known, Blue Shield of California asked us to create a collateral package to make is easy and painless for people to assess their healthcare options post the Affordable Care Act. The goal of the collateral was to reach more customers—specifically families and individuals who had gone without healthcare.

We initially presented Blue Shield of California with two directions, both of which really leaned onto the idea of navigation, of Blue Shield helping to lead your way through this logistical nightmare of healthcare reform. The one they chose was this idea of a road trip up and down California as you go through the pages, with a blue road and their shield as signage. That was the higher-level concept. From there, we got the content from them, made it more approachable from a writing standpoint, and worked from the illustration side to tie it all together. We made the text as approachable as possible, and definitely used design to help do that. Some things have to be said as they are and we had to include certain charts, but we could give it personality and make it more streamlined.

In the end we wanted a piece that you aren’t used to seeing from an insurance provider and don’t have to be a doctor to decipher. The combination of fun illustration, strong design, and clear, conversational writing helped get us there.

The internal design group at BSCA has been a strong collaborator along the way and really liked this illustrated world we created for the collateral. They now incorporate it into much of what they are putting out. The market share of all plans has increased for Blue Shield post the launch of this work, the highest being consumer-based plans with an increase to 30% market share from 16% last year.