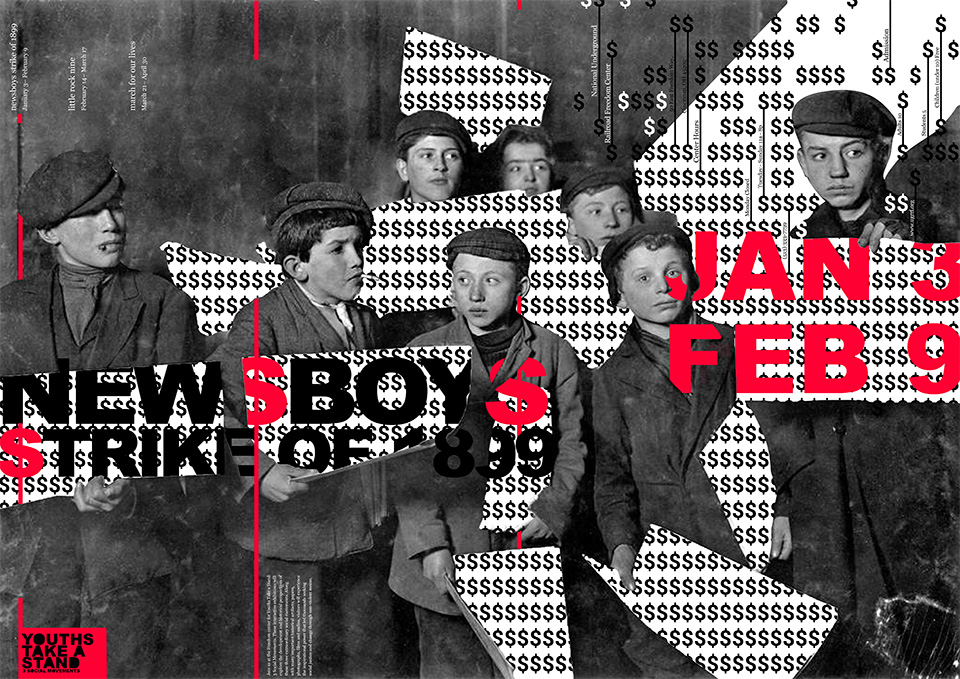 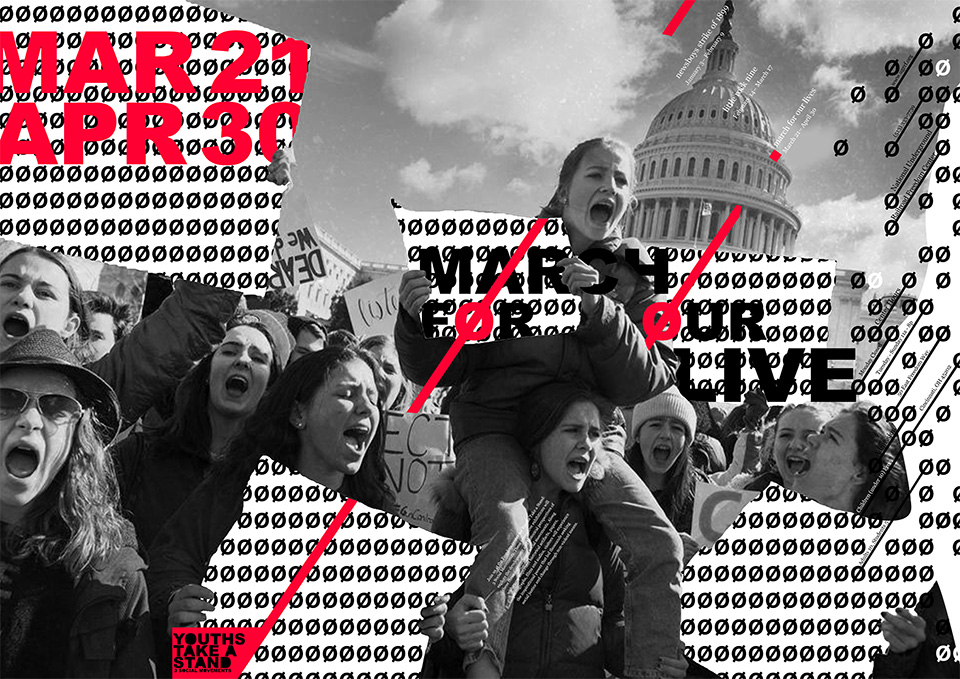 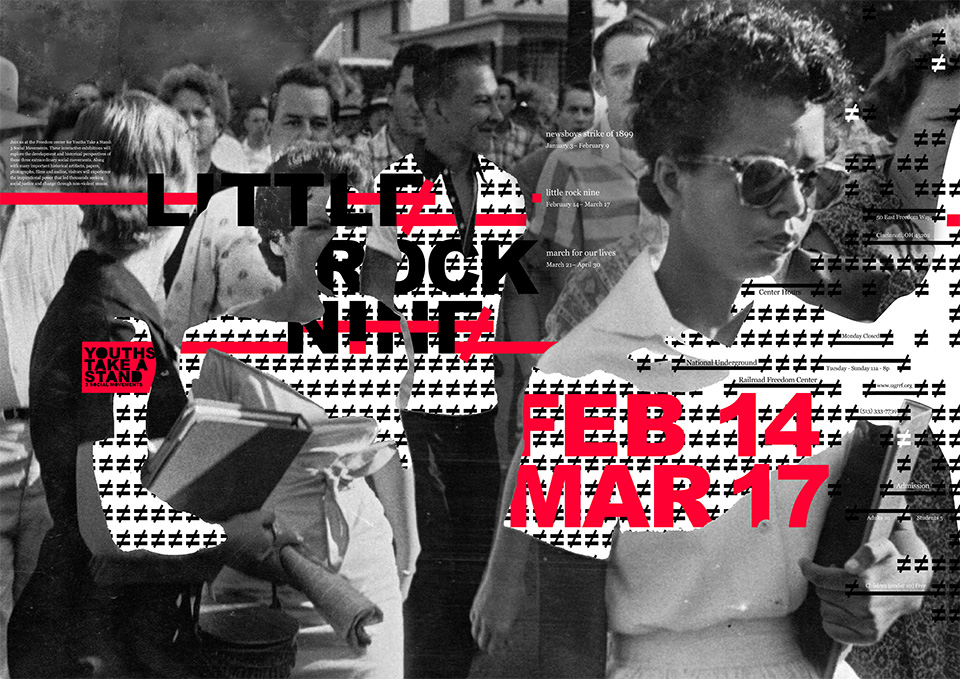 To convey those adversities faced, I used symbols specific
to each event to represent the core issues each movement faced.
Using a third-person perspective, I was able to engage the viewer
without the confusion of the existing complexities of the symbols
and integrated type. The symbols chosen relate directly to each
movements root problem through both a literal sense as they
represent the item at stake but also a metaphorical sense as it dealt
with the surrounding controversy about each issue.
These posters are based on found images which I manipulated
to match my desired metaphors. My goal was to have a purpose
behind the placement and blocked spaced of each of the symbols
within the images to further embody the metaphor referenced. I
used fusion between type and image primarily as the type was
integrated into the blocked out symbol spaces then also embeded
into the images attributes, in addition, to figure-ground reversal to
correlate the symbols to the images used.

Each of these youth-lead social movements can be boiled down to a
single affliction that prompted the need for action. These movements
are the kids versus adversity, adversity which can be
simplified into one concept. Overall, these issues are simple at their core; it just took those determined, unwavering young men and women to stand against such controversy and wrongdoings. The Newsboys had a battle against the lack of payment for their labor; their wages prompted their strike and uproar. In the Little Rock Nine, these kids held their heads high despite the inequality that infested their education and daily lives; they persevered and overcame such unfair societal differences. Lastly, in the March For Our Lives, children from across the country banded together against the restrictions held upon their ability to be heard in voicing their issues with safety within their school systems.