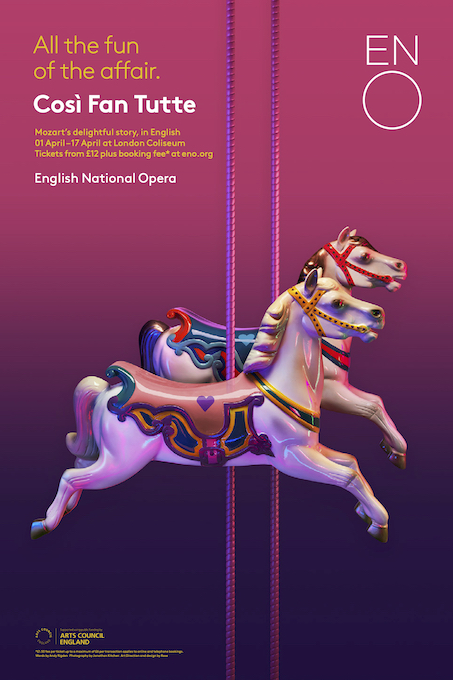 Our approach to their marketing takes its inspiration from the publishing world, where a strong, simple, graphic approach to a cover will engage buyers visually, but it’s the synopsis on the back that often clinches a purchase. Consequently, all campaigns now lead with the stories (rather than a title only likely to mean something to opera lovers), and clarify that each production is either sung, or translated, into English, with tickets available for every production from only £12, to appeal to new and younger audiences, who may previously have concluded opera was not for them.

Recent data is unavailable due to theatre closures as a result of the pandemic. But in the pre-pandemic seasons, ENO attracted 47% first-time bookers, enjoyed significant increases in younger and more diverse audiences, and achieved high creative and critical acclaim across its programme, including four Olivier Award nominations, with a win in the Outstanding Achievement in Opera category.

ENO have continued in their strategic pledge to make opera accessible and their Free Tickets for Under 18s scheme (which was launched in 2019) was particularly successful with 1,500 tickets being claimed. This scheme has now been extended to Saturdays and Opening Night performances in addition to Fridays, in order to make the experience even more democratic for younger and less privileged audiences.