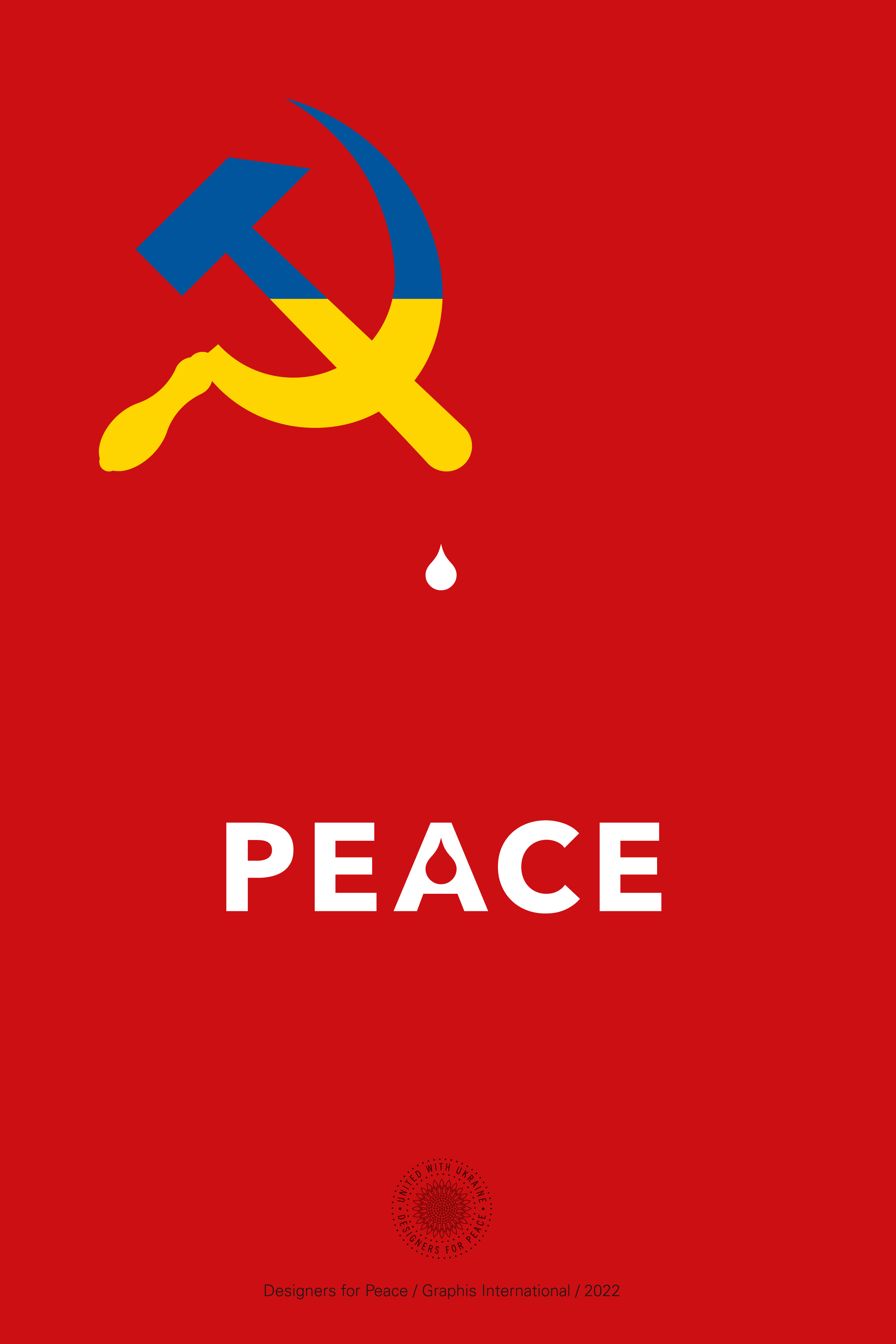 Among other things, Russia is making territorial claims to Ukraine as it did in the days of the Soviet Union. In the attempt to annex Ukraine, the hammer and sickle become deadly weapons. The attack on Ukrania on Feb. 24, 2022, led to a bloody war that has lasted until now.

The focus is on the demand and call for peace, so that war, violence and terror against Ukraine will end and be resolved.

Contribution to solidarity and support for Ukraine.