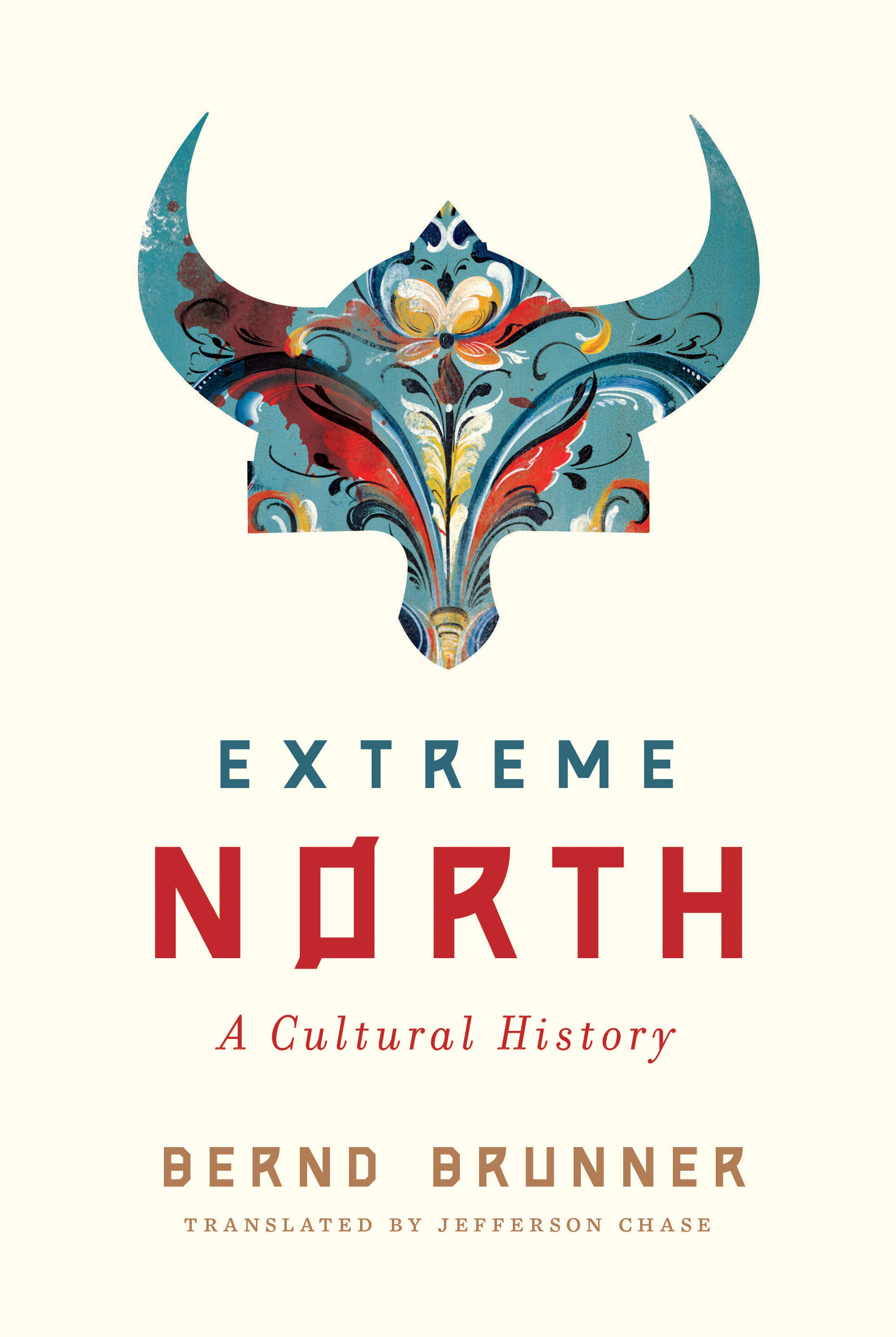 Design a book cover for this entertaining and informative voyage through cultural fantasies of the North, from sea monsters and a mountain-sized magnet to racist mythmaking.

Scholars and laymen alike have long projected their fantasies onto the great expanse of the global North, whether it be as a frozen no-man’s-land, an icy realm of marauding Vikings, or an unspoiled cradle of prehistoric human life. Bernd Brunner reconstructs the encounters of adventurers, colonists, and indigenous communities that led to the creation of a northern “cabinet of wonders” and imbued Scandinavia, Iceland, and the Arctic with a perennial mystique.

Like the mythological sagas that inspired everyone from Wagner to Tolkien, Extreme North explores both the dramatic vistas of the Scandinavian fjords and the murky depths of a Western psyche obsessed with Nordic whiteness. In concise but thoroughly researched chapters, Brunner highlights the cultural and political fictions at play from the first “discoveries” of northern landscapes and stories, to the eugenicist elevation of the “Nordic” phenotype (which in turn influenced America’s limits on immigration), to the idealization of Scandinavian social democracy as a post-racial utopia. Brunner traces how crackpot Nazi philosophies that tied the “Aryan race” to the upper latitudes have influenced modern pseudoscientific fantasies of racial and cultural superiority the world over.

The North, Brunner argues, was as much invented as discovered. Full of glittering details embedded in vivid storytelling, Extreme North is a fascinating romp through both actual encounters and popular imaginings, and a disturbing reminder of the power of fantasy to shape the world we live in.

I was exploring several Nordic visuals and obviously the Viking Helmet is one of the more well-known ones. It has been a tad overused and become somewhat of a visual cliché over the years, so I wanted to find a fresh way of representing it. I was looking for something to juxtapose the helmet with that might not be so familiar to people outside of Scandinavia.
I ended up pairing the helmet with traditional Norwegian rose painting. This is a style of painting using ornamentation made up of fantasy flowers, scrollwork, fine line work, flowing patterns, and sometimes geometric elements. It was initially used to decorate church walls and ceilings, but eventually spread to wooden items commonly used in daily life, such as bowls, stools, chairs, cupboards, boxes, and trunks. All Norwegians are very familiar with this art form and most have some form of it in their house, but I don’t think it’s particularly known to an American audience. (I am Norwegian myself which I assume is maybe why Art Director Ingsu Liu hit me up for this one).
I also added a subtle smear of blood in the painting to bring it back to the vikings and not make it too pretty and cute.
I explored various background textures and colors, but in the end the visual was most iconic on a simple white/cream backdrop.

For the typography I decided on something hinting of old runic alphabets. Runes were used throughout the Nordic countries not only during the era of the Vikings, but also long before. I ended up with this the typeface YT Kraken designed by Jack Perrett of YewType. It has just the right amount of runic flair without becoming illegible. It also feels somewhat updated and modern which I liked.

Client and author were very pleased with the unexpected treatment of the viking helmet and the overall simplistic, but iconic package. The book has performed well.