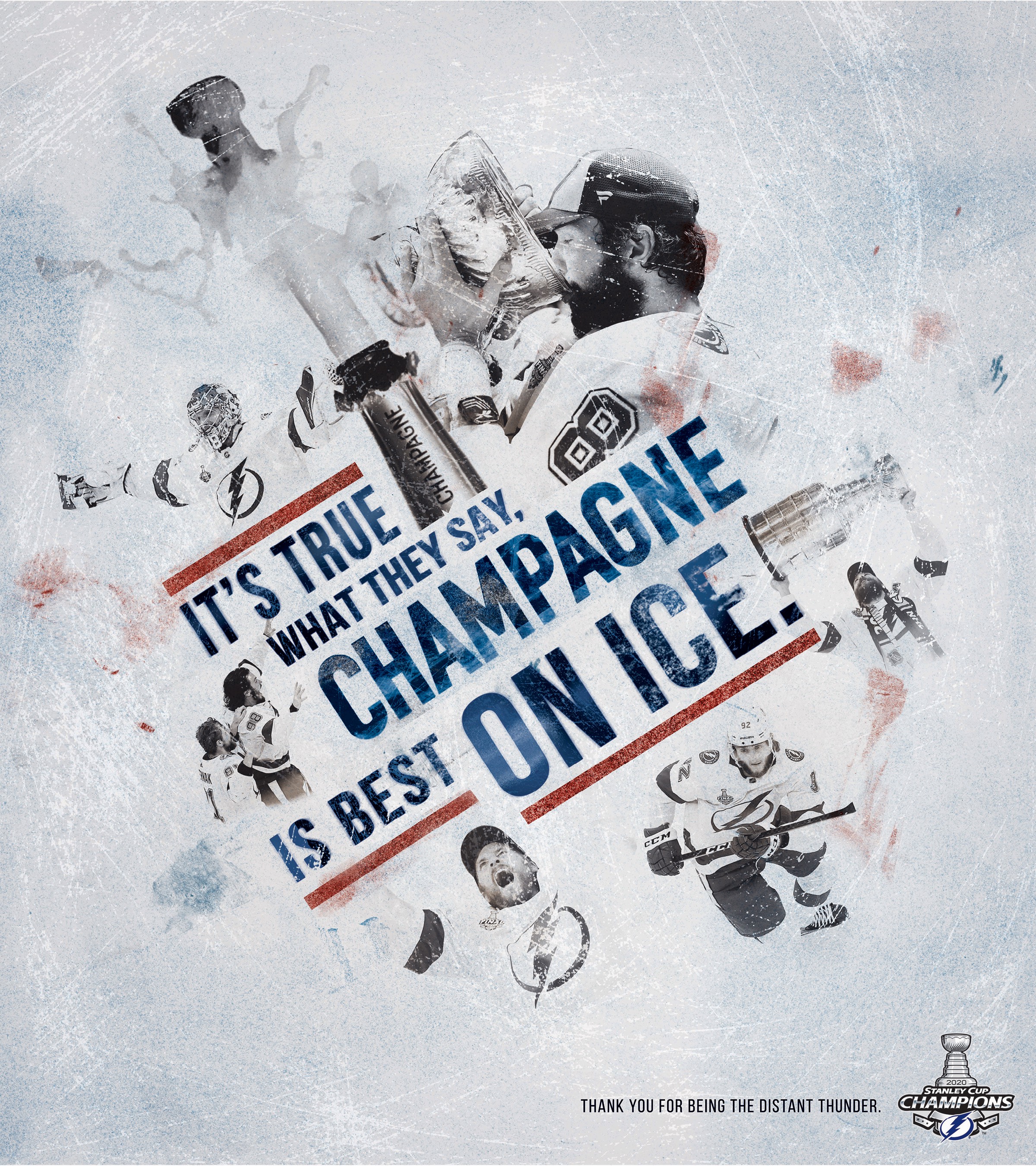 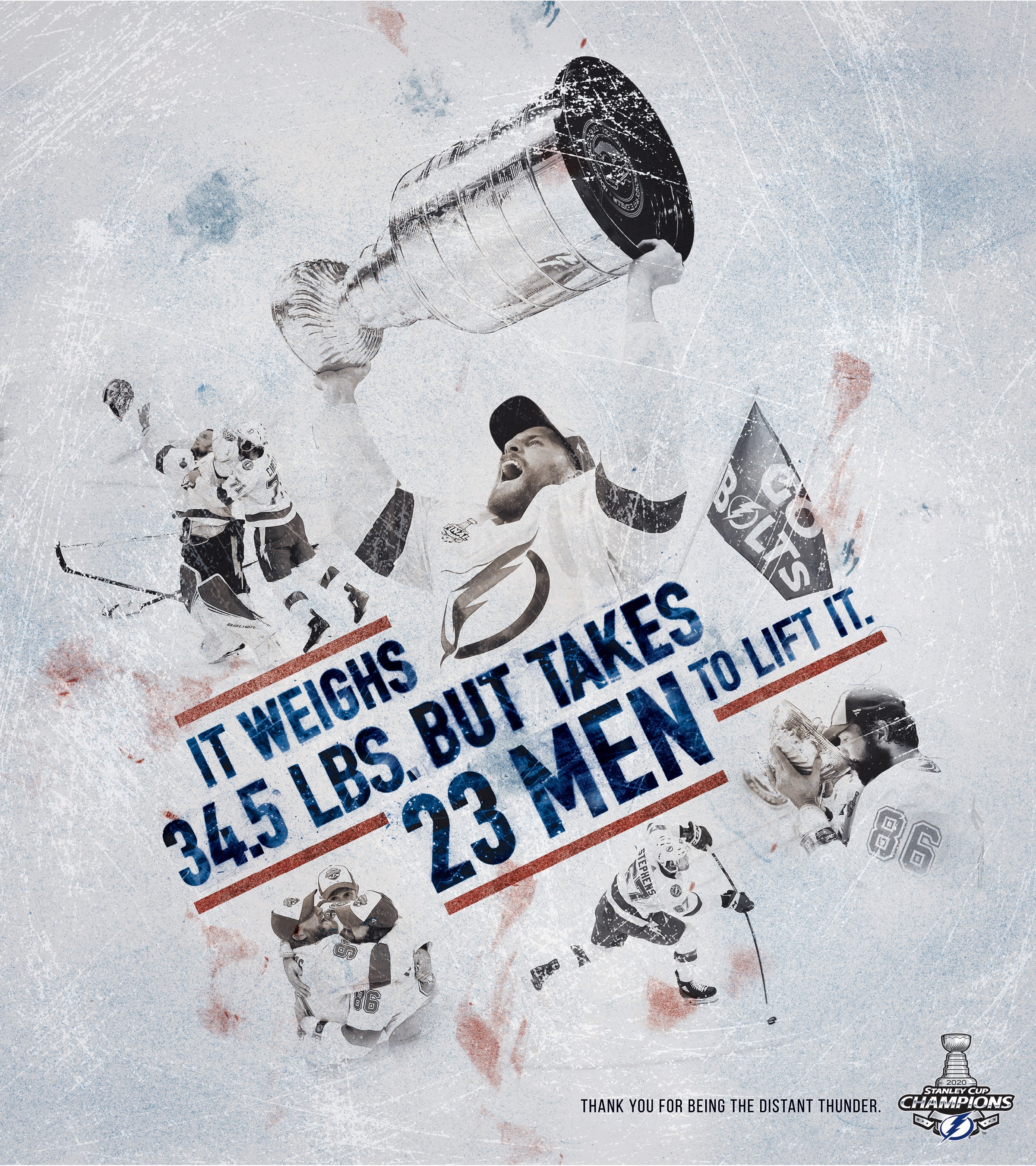 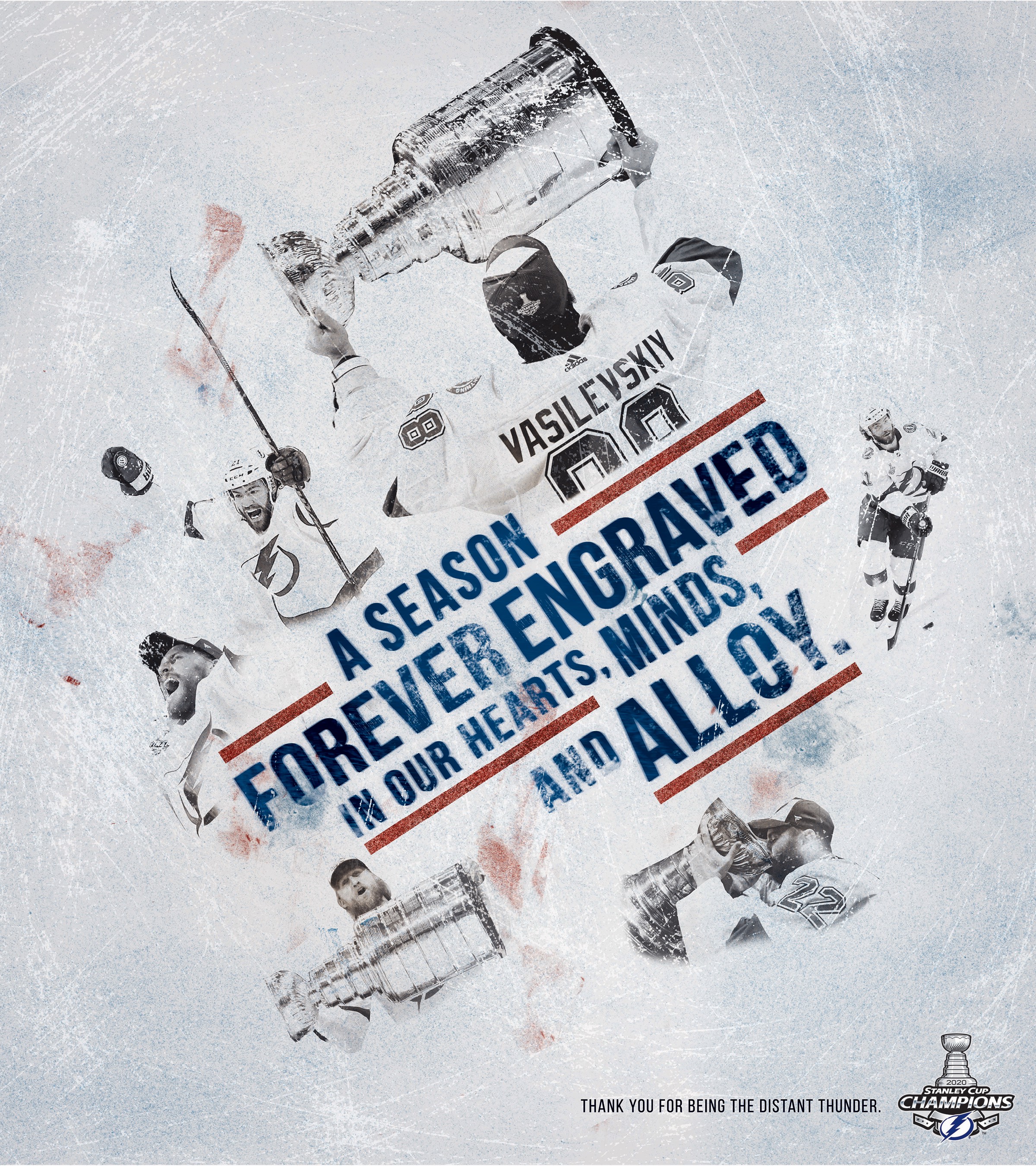 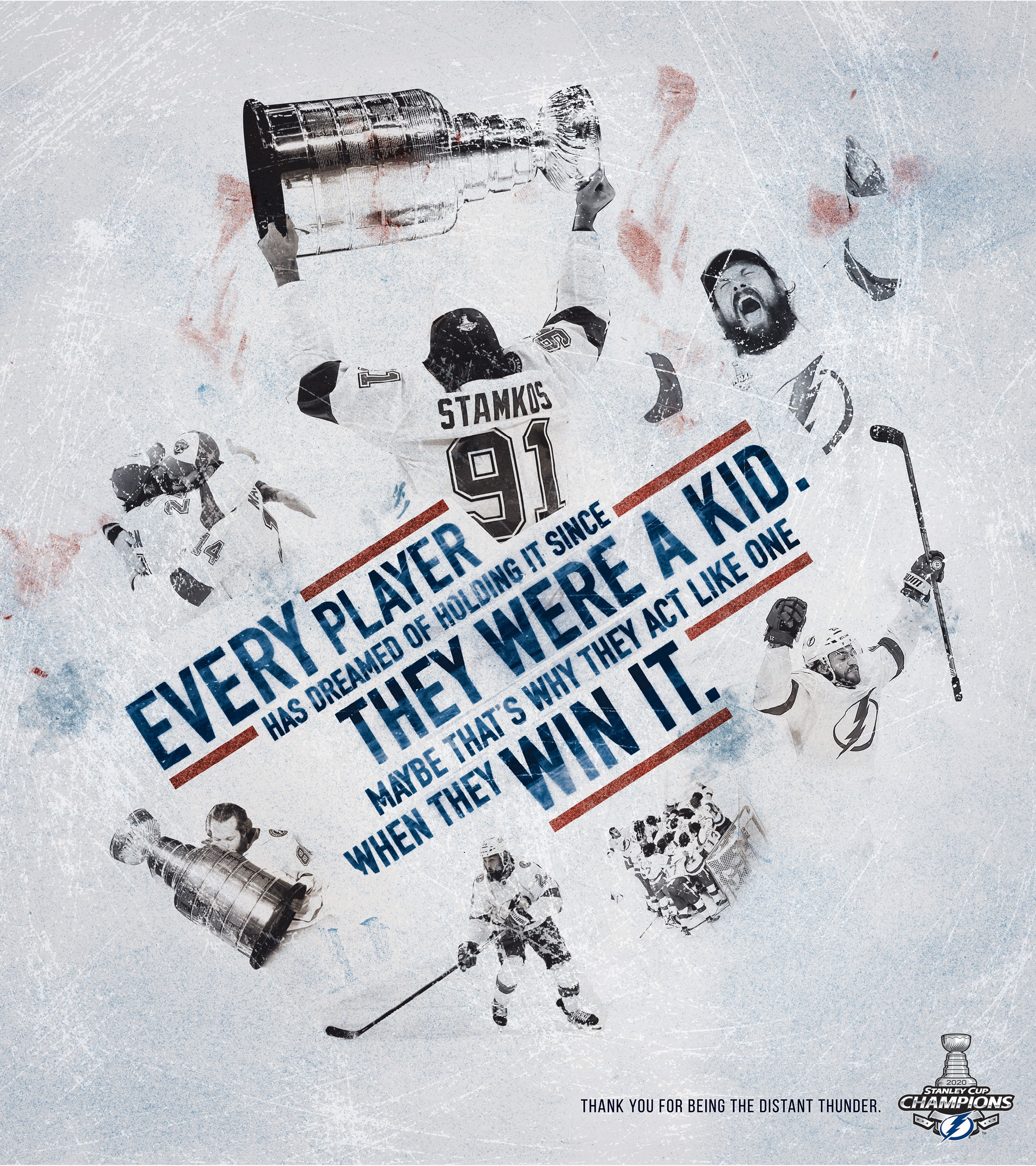 The Tampa Bay Lightning had just won the most difficult trophy in all of sports, the Stanley Cup, and our objective was to call attention to the fact that while the team did contain stars, it took the efforts of the entire team to win the championship.

Our goal was to craft a campaign that conjured up ideas of teamwork, hustle, and celebration with a level of intensity that matched the team's grit and determination seen during the playoffs and Stanley Cup games. We wrapped headlines that cleverly spoke to the collective goal of winning the Cup around actual imagery from the final game of the championship, being sure to include players who aren't the most known names on the team.

The posters were so well liked, we were asked to turn them into digital wallpapers for fans to take with them everywhere they go.