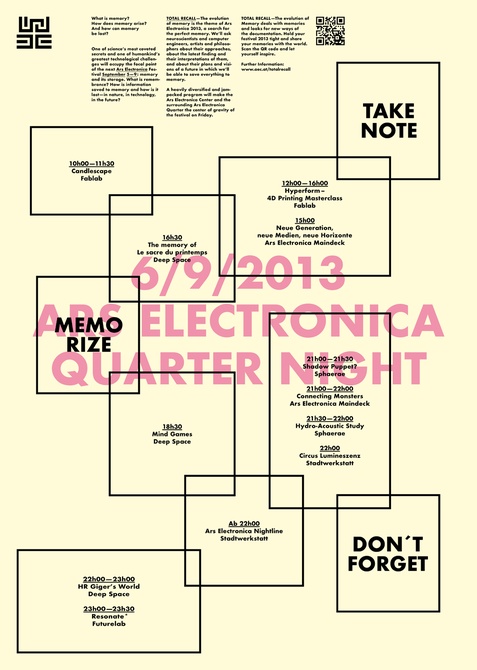 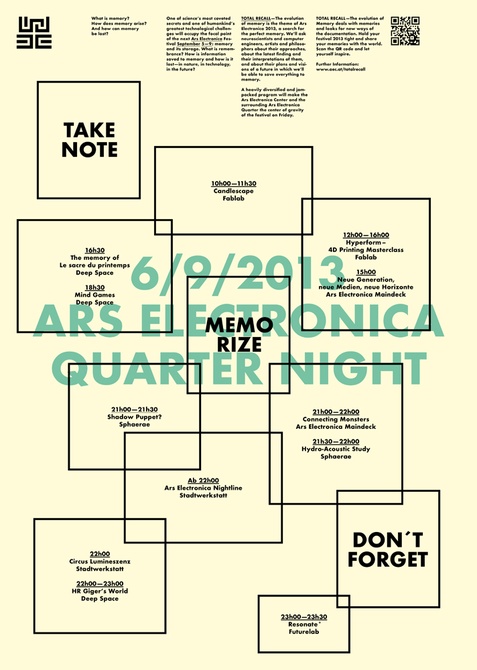 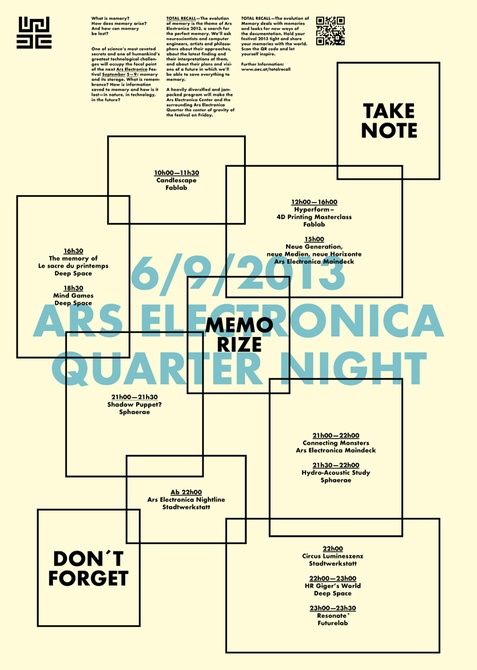 What is memory? How does memory arise? And how can memory be lost? One of science’s most coveted secrets and one of mankind’s greatest technological challenges occupied the focal point of the Ars Electronica Festival which has taken place from the 5th till the 9th of September: memory and its storage. What is remembrance? How is information saved and how is it lost – in nature, in technology, in the future? TOTAL RECALL – The evolution of memory was the theme of the Ars Electronica Quarter Night 2013, a search for the perfect memory. The Festival asked neuroscientists and computer engineers, artists and philosophers about their approaches, about the latest findings and their interpretations of them, and about their plans and visions of a future in which we’ll be able to memorize everything.