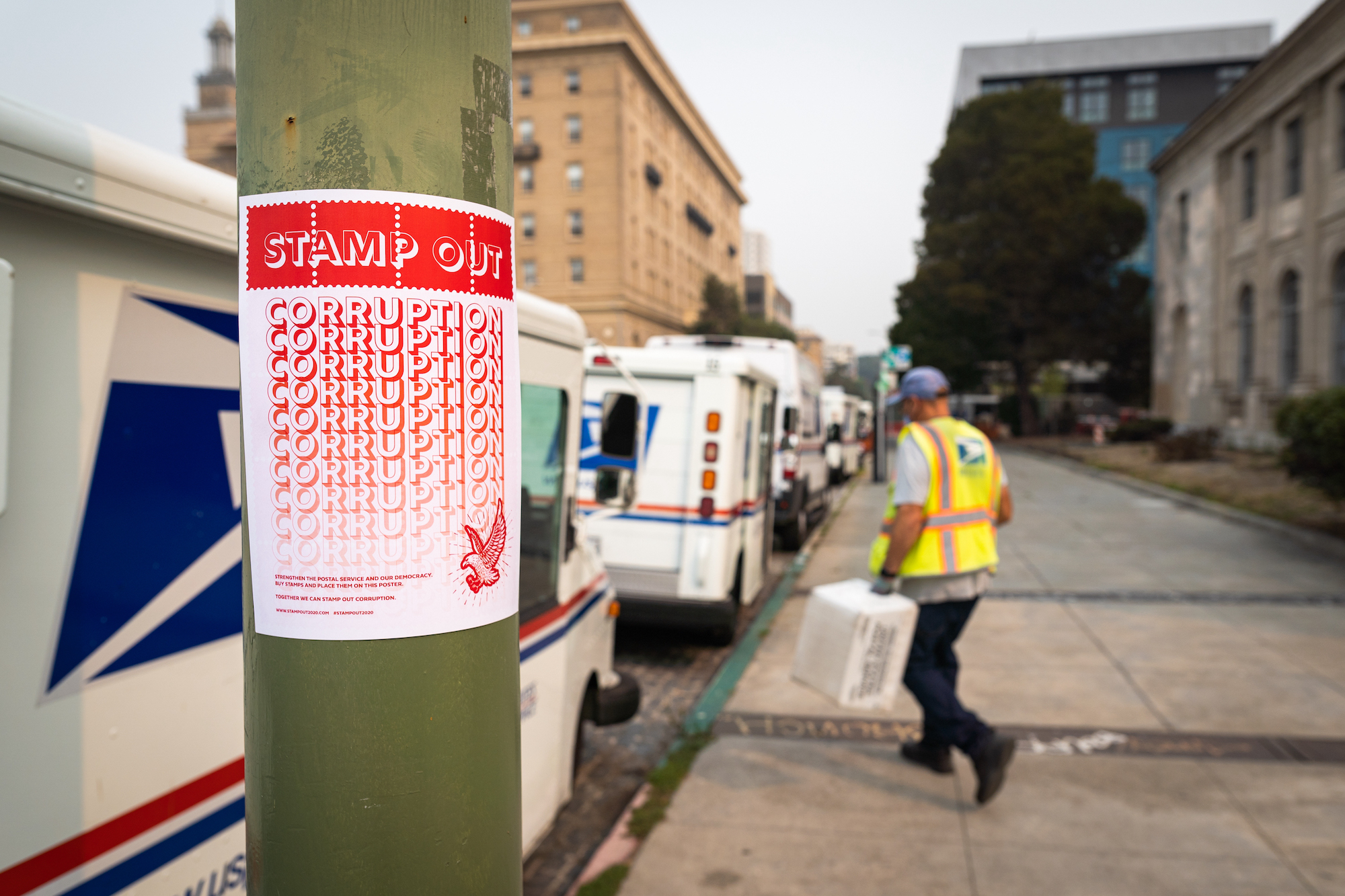 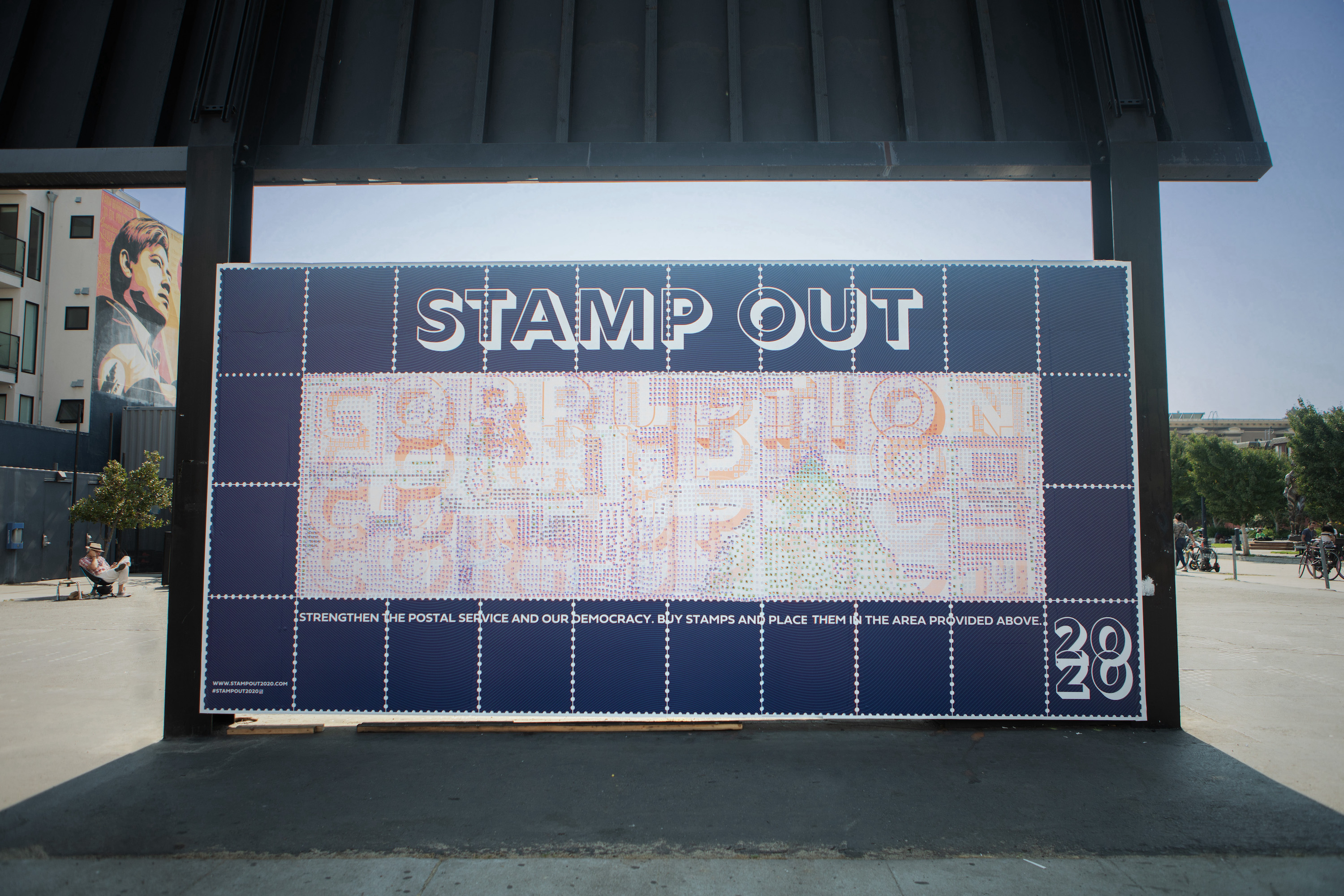 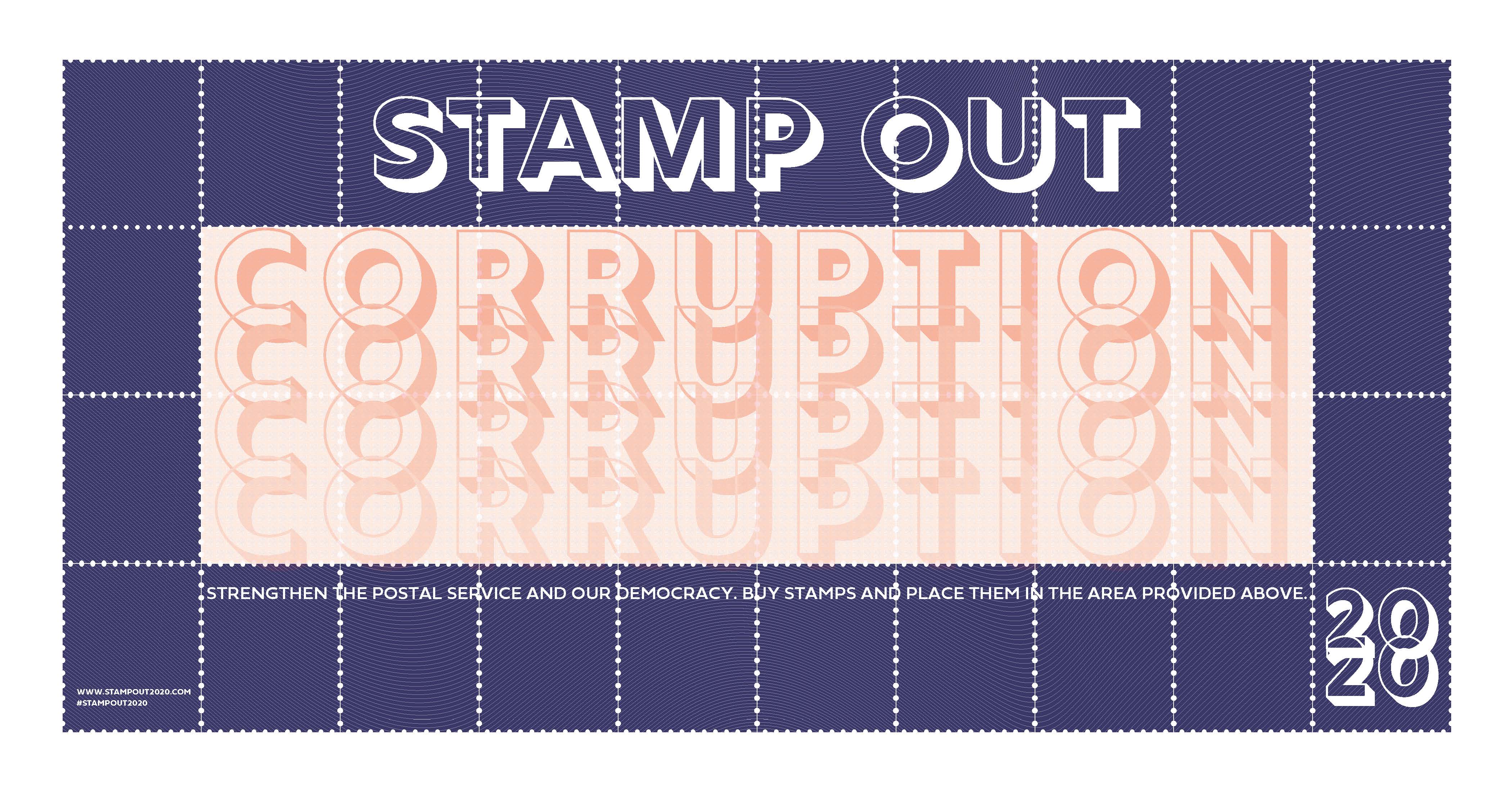 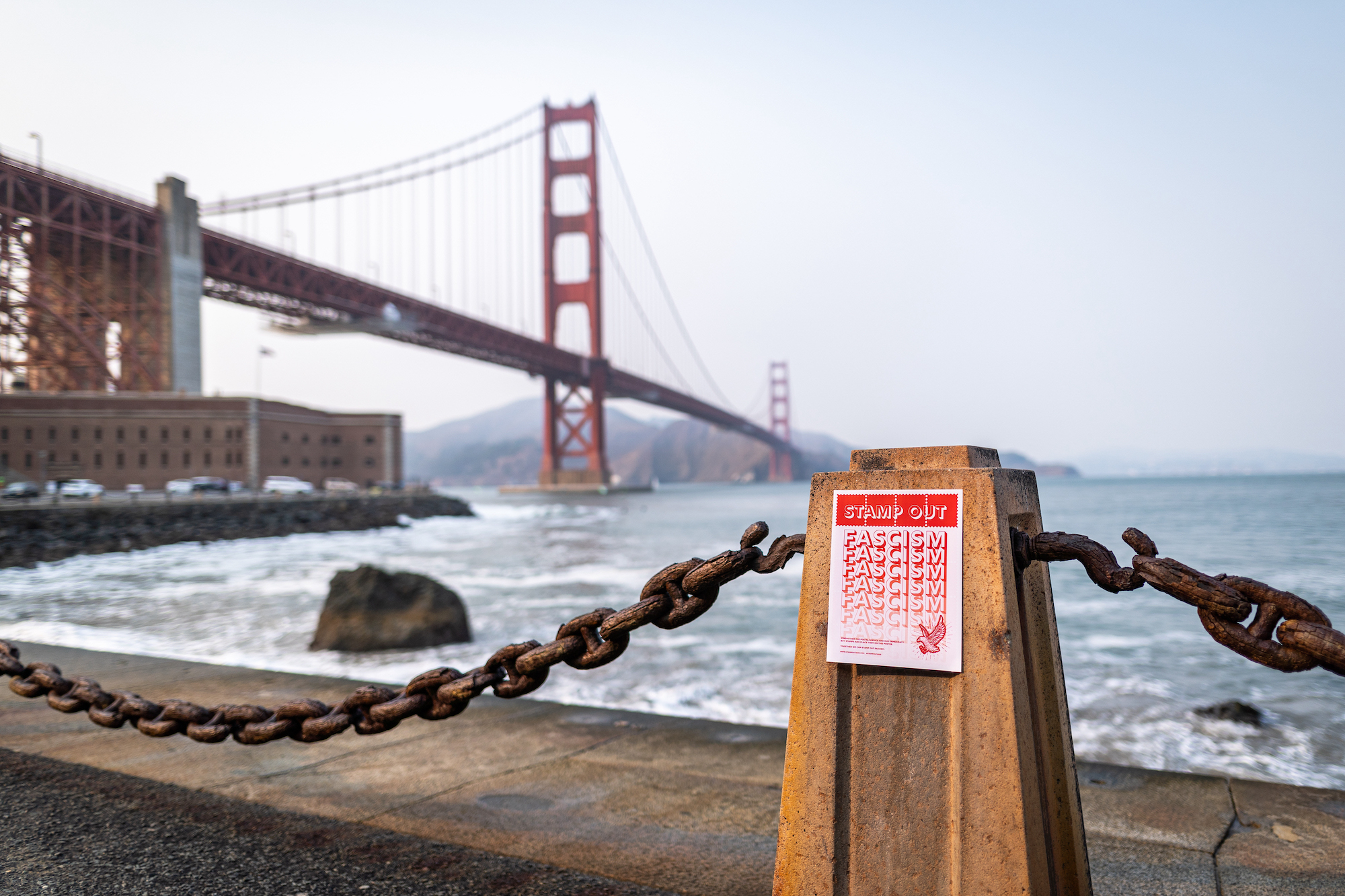 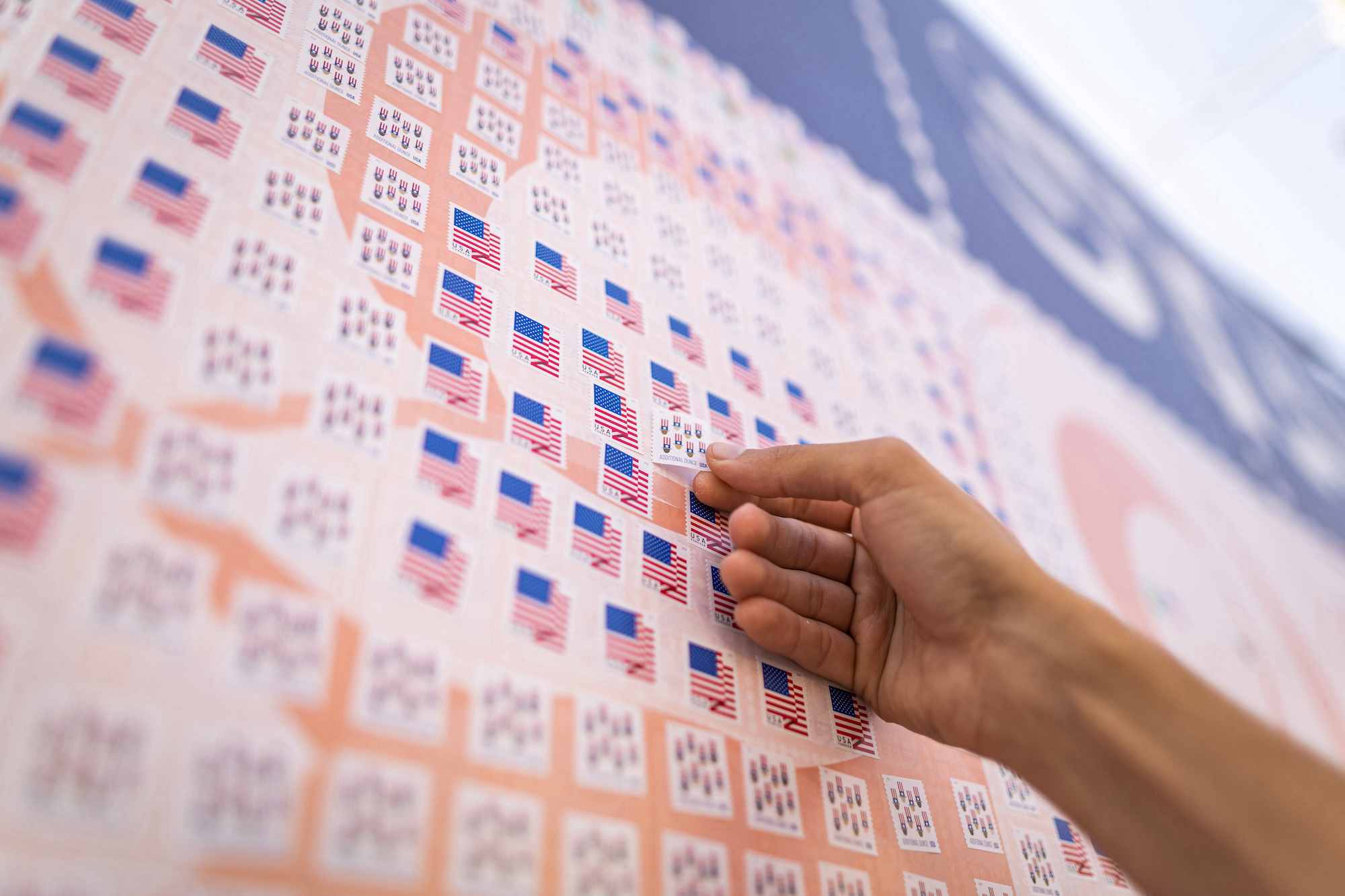 In 2020, instead of going to polls to vote on November 3rd, most people would be mailing in their ballots, thanks (in part) to COVID-19. But, as we got closer to the election, something strange began to happen.

The United States Postal Service’s financial solvency and ability to ensure timely delivery of those ballots was called into question — with the Postal Service itself becoming a symbol of the political corruption taking place in Washington. Seeing an opportunity, we helped Proxy, an experimental community space in the center of San Francisco, create a public installation to bring people together to support USPS and show that, at the end of the day, people still have power.

This was Stamp Out — the instructions were simple. Anyone could buy stamps (directly funding the USPS) and place them on the billboards at Proxy, literally stamping out corruption, racism, greed, fascism, and well, nepotism.

The designs of the billboards were inspired by a combination of influences, with colors that represented America, iconography that represented the USPS and a font that is a nod to anti-fascist campaigns throughout history.

We also made posters available to people everywhere on our campaign website. From StampOut2020.com, anyone could join our movement. The local community rallied around this campaign. This billboard and these posters became a symbol of what we stand for as Americans.

We got media placements and website hits and social shares. But in the end, and most importantly, we won the election. That’s really what Stamp Out was all about — Proxy and its community coming together. It was a symbol of the democracy that drives America and what it can be when we all put our stamp on it.