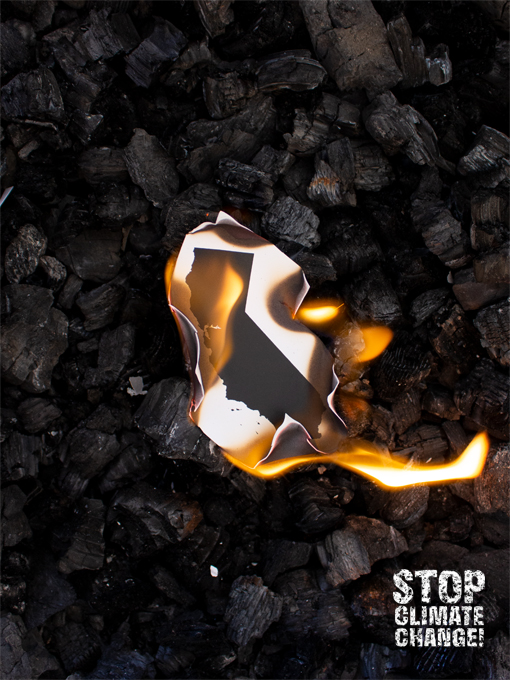 Climate change is a serious issue affecting the world. The effects of climate change continue to make themselves more and more noticeable and will eventually reach a point when people will not be able to take any action to combat the problem. While most of the world has come together in an effort to be proactive about the climate change dilemma the United States of America has continued to disregard the problem at hand.

The poster aims to show Americans, if we continue to ignore climate change, extreme weather conditions will continue to plague this country. By depicting the image of a burning California the poster gives the audience a visual representation of the effects climate change has had on the state. By narrowing down the focus of the posters to one state it opens the door for the project to become a series of images depicting the effects of climate change on the rest of the United States of America.

The silhouette of the state of California was printed on white cardstock. Placed the cardstock over wood charcoal being used as the background of the final image. The cardstock was set on fire at multiple edges and as it burned photographs were taken. The RAW image was taken into Photoshop for editing. Finally, the phrase "STOP CLIMATE CHANGE!" was written and had effects applied to it to give it the appearance of a weathered sign.

The project was created for a design course at California State University, Fullerton. It was a successful project that received a letter grade of A-.