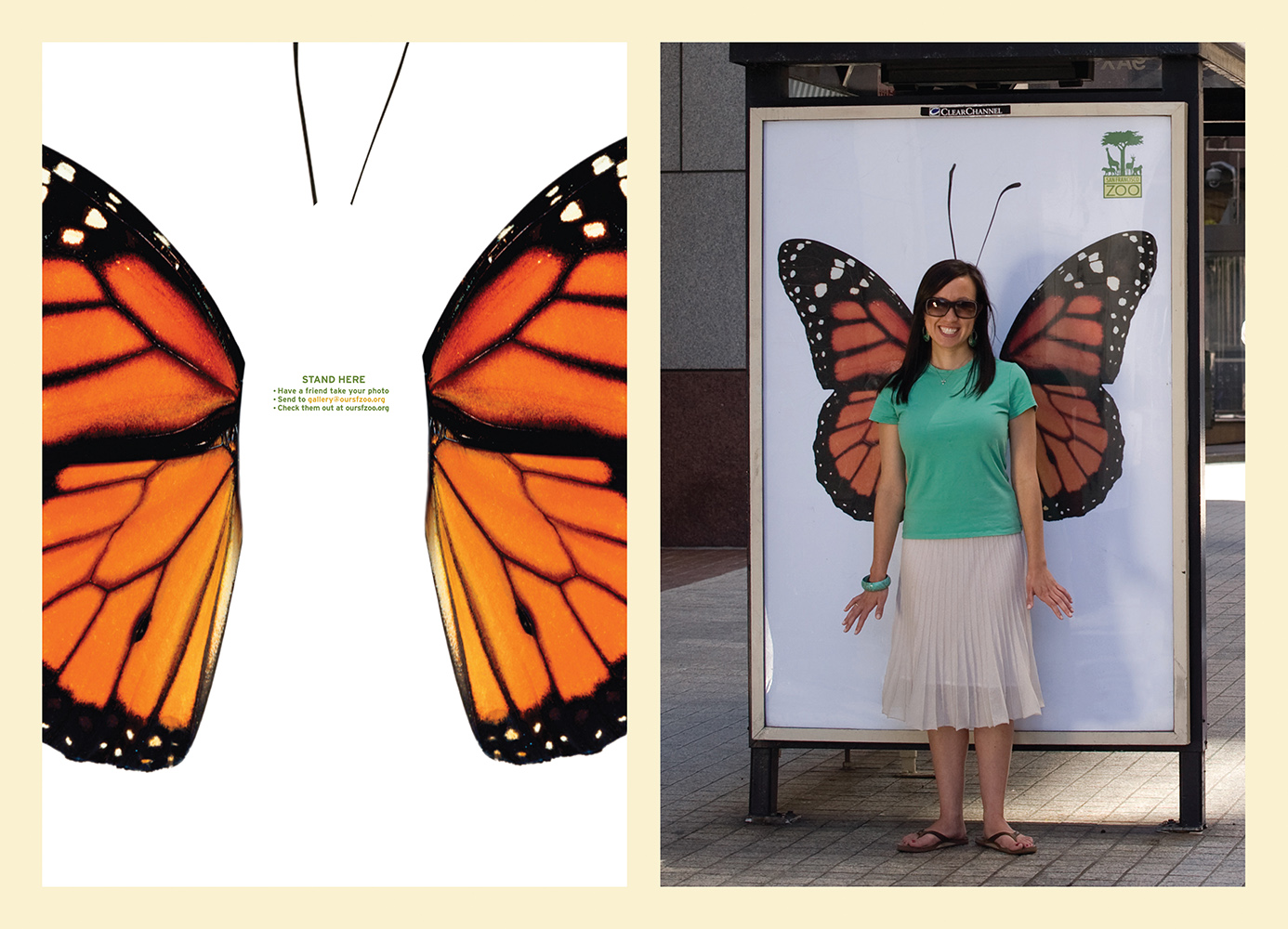 A multi-media advertising campaign designed to get San Franciscans to reconnect with the San Francisco Zoo. Out-of-home boards were strategically placed around San Francisco in high foot traffic locations. Each board featured distinct parts of animals on white (butterfly wings, antlers, feathers) and small instructions that encouraged people to stand, have a friend take a picture with a camera phone and then upload it to a link (gallery@sfzoo.org). When people stood in front of the boards, the illusion that they had these animal parts coming from them was achieved. The submitted pictures then became the basis of an online photo gallery. The best photos were used in print advertising promoting the shelters around town as well as a walking tour featuring more animals at the zoo. The campaign spread virally over cell phones and became the content of numerous blogs, and personal websites. In addition, it provided the zoo with free branded content as anyone who took a photo (whether they submitted it to the site or not) ended up with a zoo logo right next to them in their photograph.