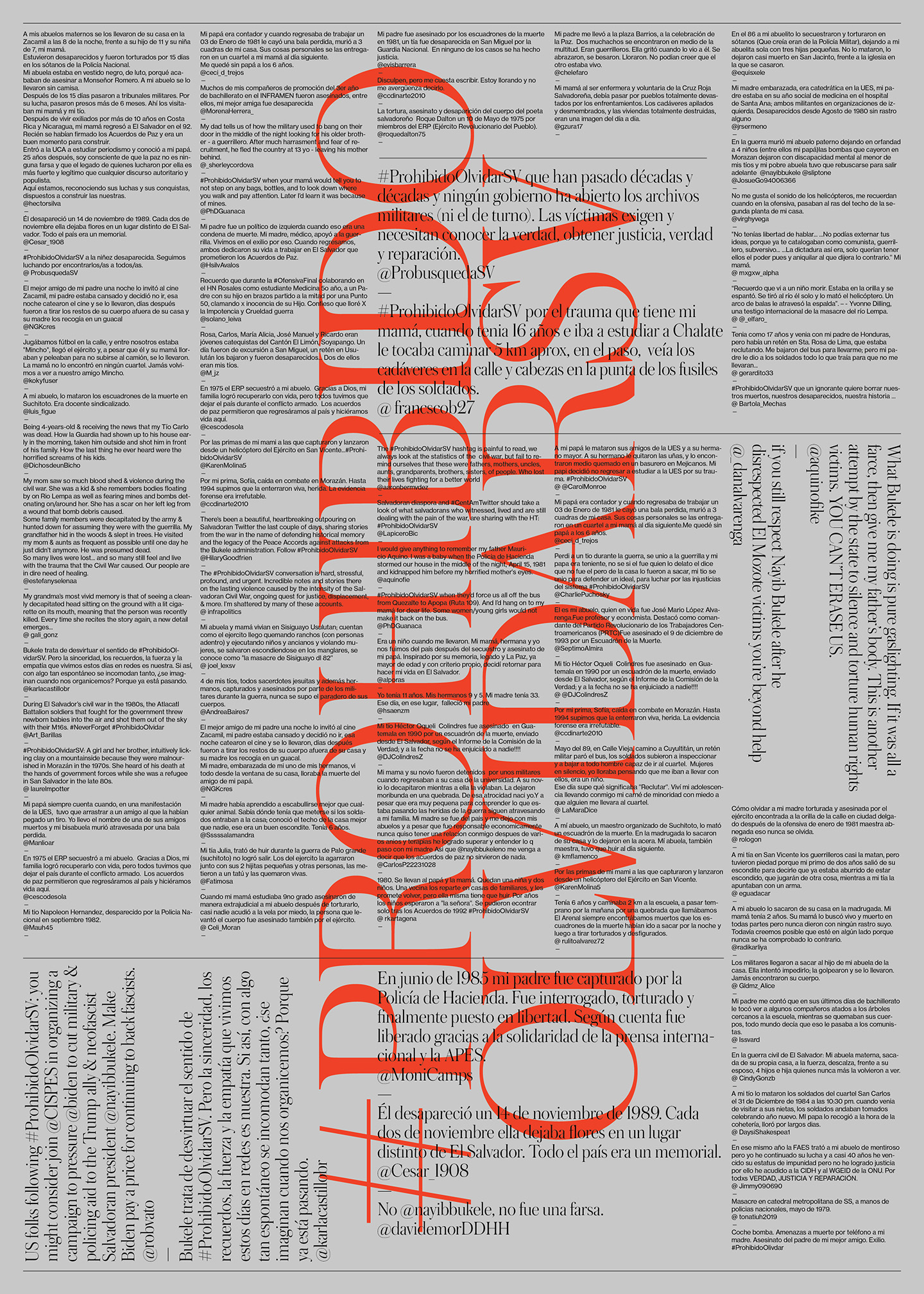 A poster designed to support a social media campaign started by social organizations against the claim made by the president of El Salvador. During an event at El Mozote, El Salvador, the site of the worst massacre of civilians in Latin America in the 20th century, president Bukele claimed that the civil war and peace accords were a farse.

The campaign asked people to share their personal memories from the war via twitter. We selected a number of the most personal and touching tweets and collected them on this poster with the phrase from the campaign “Prohibido Olvidar SV” or “Never Forget El Salvador” printed over the messages.

People who had shared their tweets, were extremely touched by the poster. The poster was widely shared on social media, we printed a limited number of copies and copies were sent as gifts to some of the participants.