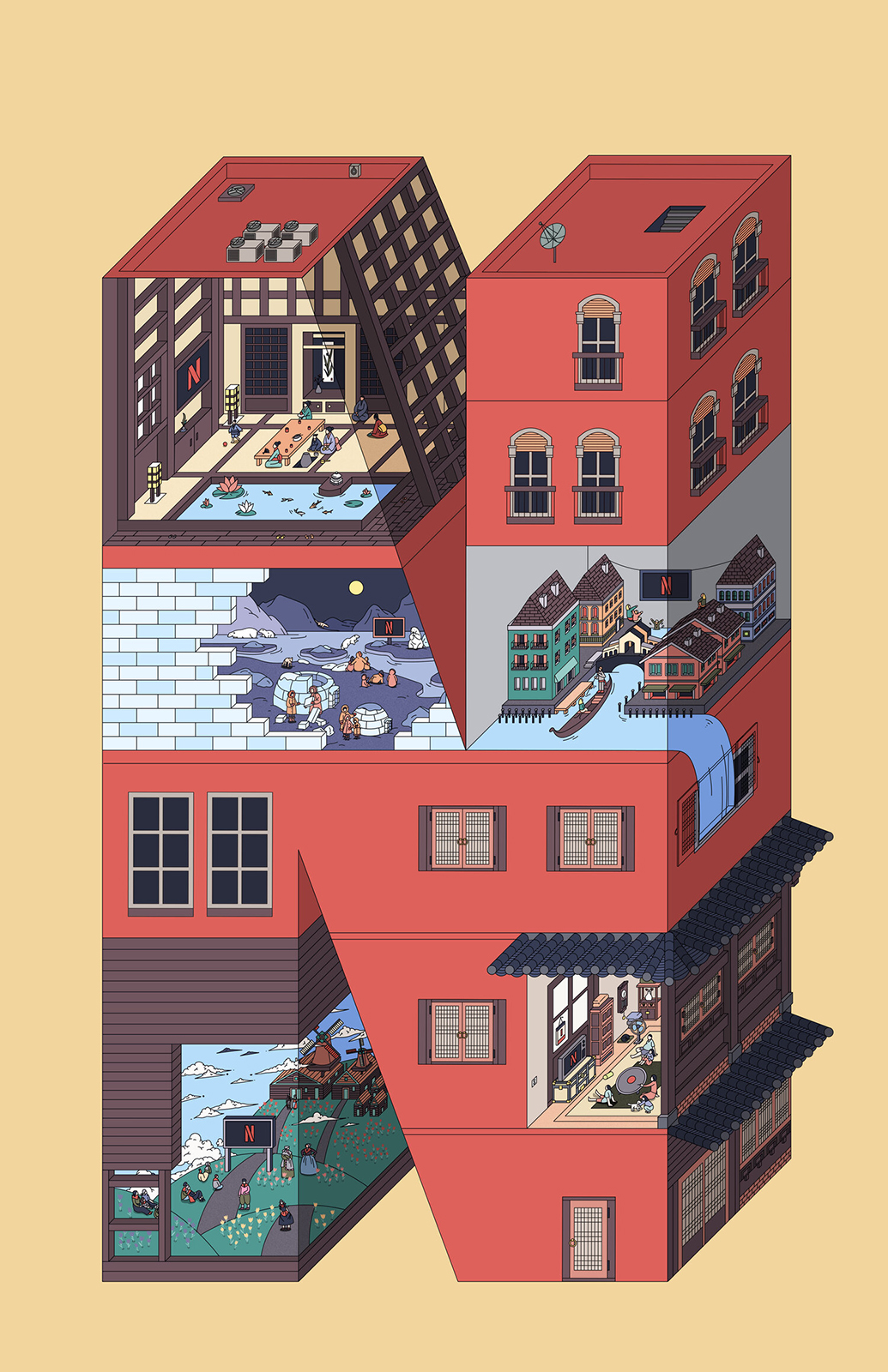 The assignment was to create an illustration based on an Op-ed article on New York Times.

The piece was based on an article called: Netflix Is the Most Intoxicating Portal to Planet Earth.

Instead of trying to sell American ideas to a foreign audience, it’s aiming to sell international ideas to a global audience. Countries in the illustration are: Japan, South Korea, Netherlands, Italy and Greenland.

Brian was an art director at NYT. He directed me throughout the sketching and coloring process, and concluded that I finished the assignment successfully.