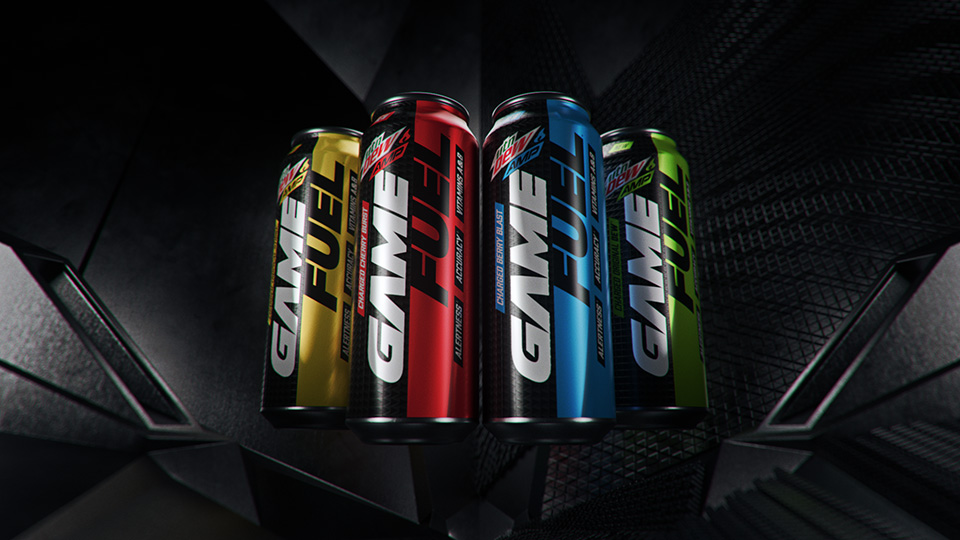 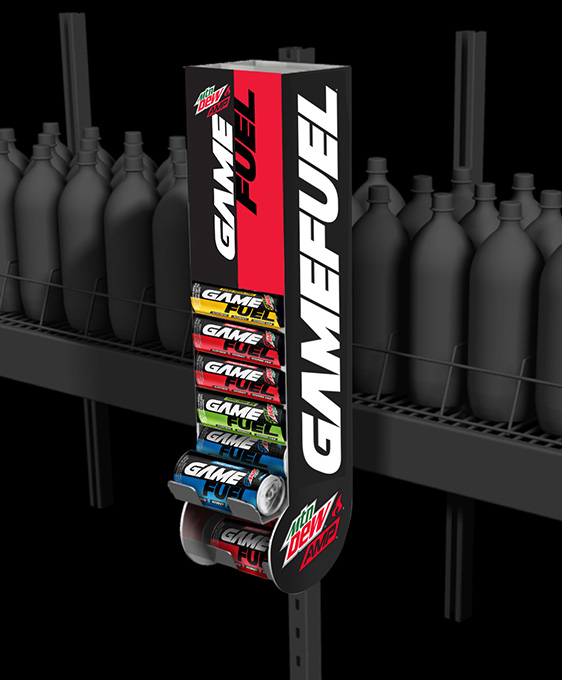 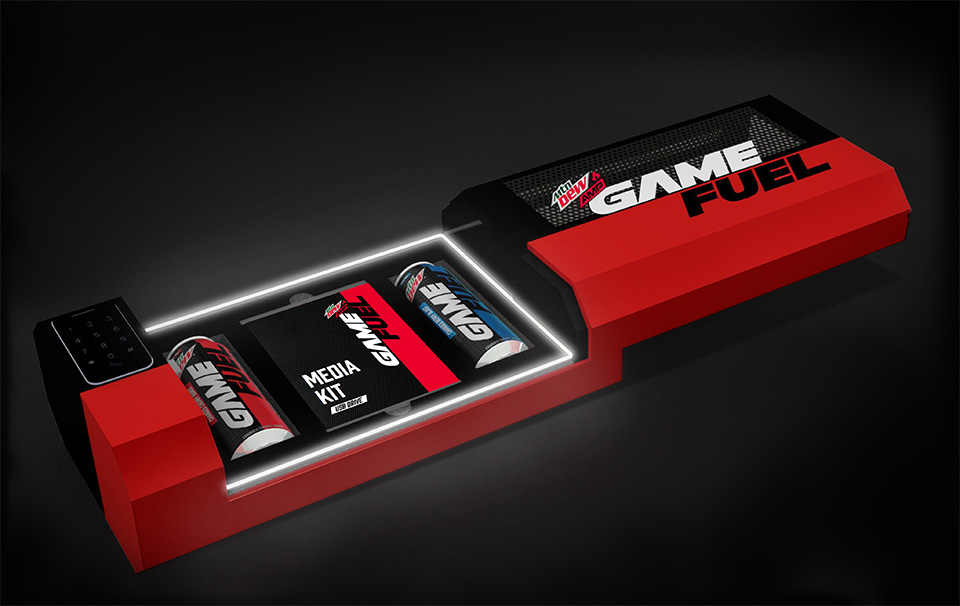 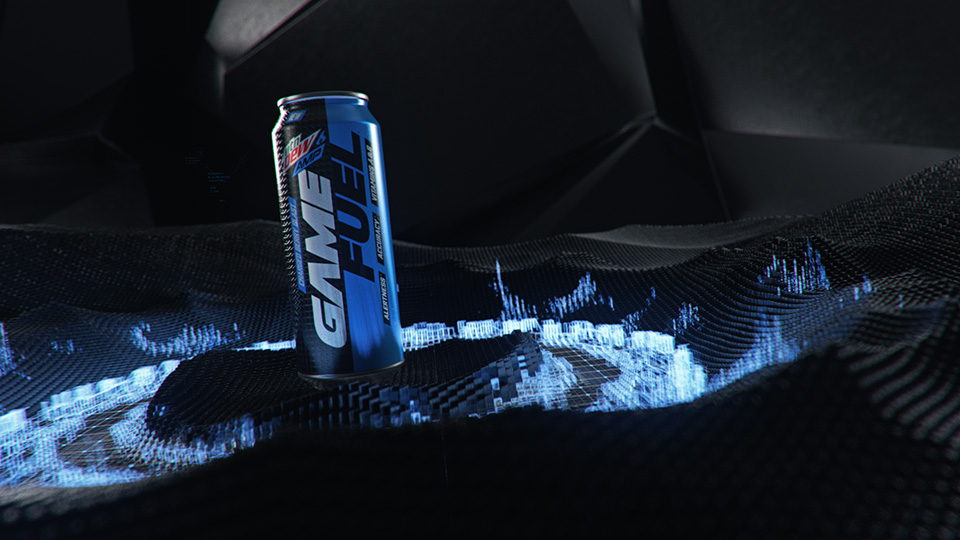 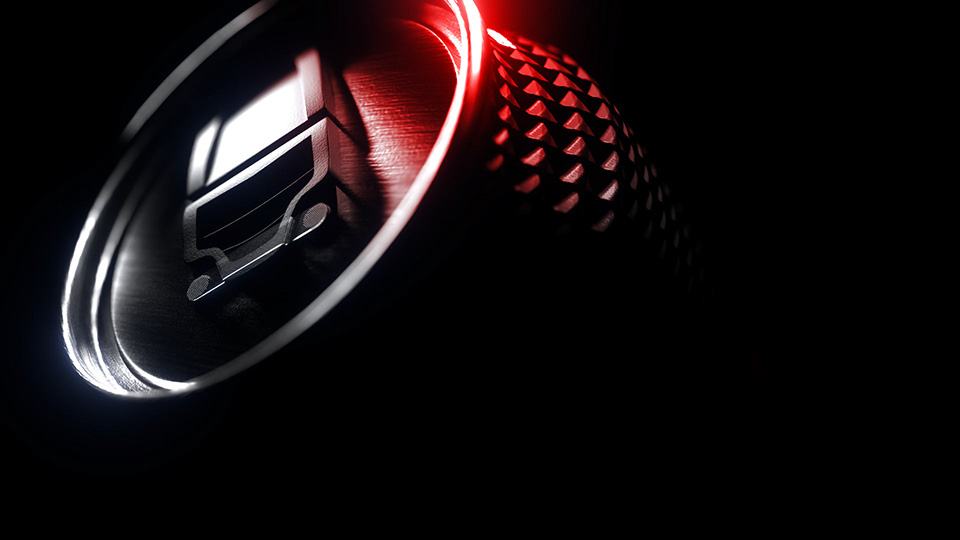 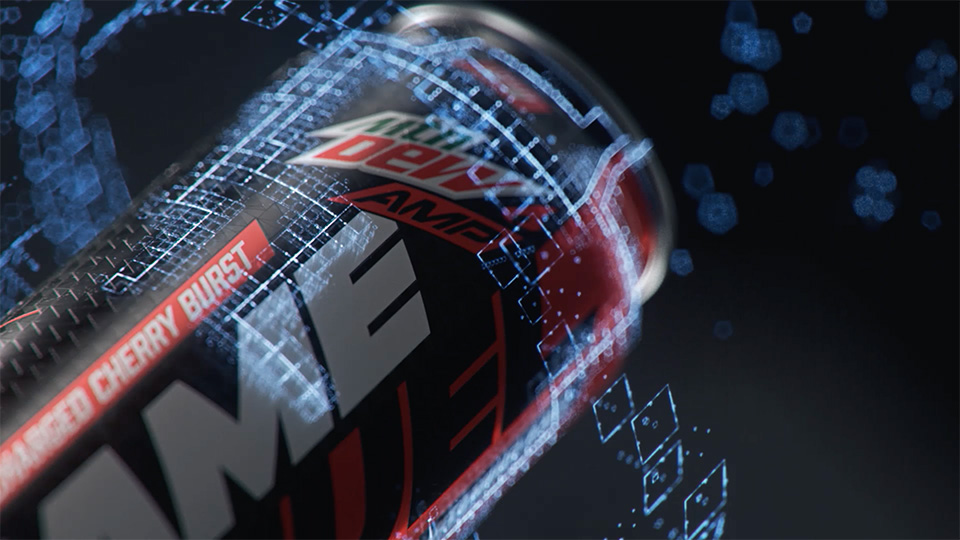 MTN DEW AMP GAME FUEL is the first ready-to-drink performance beverage for gamers to hit the market. Created with this specific tribe in mind, GAME FUEL has created a holistic brand, product and consumer experience that authentically integrates with e-sports and gaming culture. The 360 launch assets developed by the design team allowed the brand to launch with scale and excitement while also creating a strong pipeline of partnerships, sponsorships and future innovations.

To successfully launch MTN DEW AMP GAME FUEL, needed to create a brand identity that felt endemic to the gaming space visually. It also needed to provide a strong graphic foundation for future innovation, partnerships and consumer experiences. Maintaining authenticity was a key challenge throughout the development process, and critical to making sure MTN DEW AMP GAME FUEL is THE beverage of choice for e-sports athletes and gamers everywhere. We wanted to make something modern and stay away from the clichés that plague other brands trying to reach the “gaming” audience.

Every facet of MTN DEW AMP GAME FUEL was designed to enhance the gaming experience while also feeling badge-worthy for an image-conscious target consumer. The can design/packaging showcased multiple innovation and first of its kind technology, featuring a tactile ink and innovative resealable lid to keep the product fresh for extended gaming sessions. It is also an award-winning functional beverage that is specially crafted with theanine and caffeine, which in combination have been shown to improve accuracy and alertness— meeting gamers’ needs and elevating the experience.

A highly flexible and differentiated visual identity system provides cohesive application across packaging, retail, social, partnerships, e-sports arenas and consumer experiences from launch. From the color palette to the visual architecture, the brand feels immediately at home in any gaming environment while simultaneously standing out and building consumer memory structures. The brand has achieved great success with team sponsorships, partnerships with some of the biggest game publishers, and a strong consumer response with over 97% positive sentiment on social media.

The product launch was considered highly successful across all metrics. Sales in the first 11 weeks consistently outperformed internal forecasts. By the end of March the brand was tracking at 131 index to plan with $25.7MM in Net Revenue YTD. Consumer reaction was strong during the launch announcement at Call of Duty World League in December 2018 and post-launch as the product rolled out to retail. The launch announcement of MTN DEW AMP GAME FUEL, featuring a design-led animation, was a tremendous success with over 110 MM impressions in first 2 days of announcement.

It is noteworthy that all major articles used stills from the animation instead of retail KV or more basic renderings. This was a big step for PepsiCo in terms of design leading PR, using the look and feel to help drive desirability. Launch activation experiences drove incredible earned media impressions and reach beyond the physical event (social reach from on-site PR stunts, e-sports team signing held at booth, social sharing). Footage of the booth was used in the live stream of the event, with at peak times had 200K concurrent viewers. Design look and feel was the key driver for the decision for the CWL production to make this the backdrop for interviews and segments, which was not in the contract. Earned brand posts from multiple brands on-site and CWL post interviews in the brands area were held at the MTN DW AMP GAME FUEL Booth.