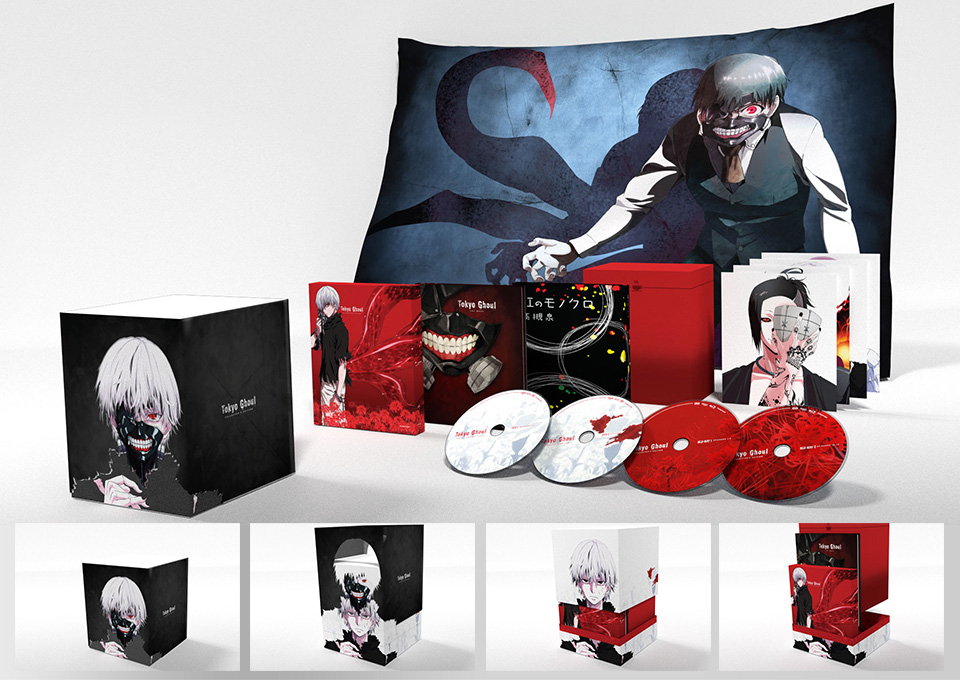 Our assignment was to create eye-catching Collector’s Edition packaging for the first season of the popular anime, Tokyo Ghoul.

Tokyo Ghoul tells the story of one twisted transformation. Caught in the middle of a war between humans and man-eating ghouls, the main character struggles to accept the fact that he's become the first human-ghoul hybrid. Throughout the series' first season, fans watch his appearance change as the sinister hunger within him grows and is eventually embraced. Mirroring this metamorphosis, our package design uses the colors black, white and red, along with symbolic flowers from the series, to reflect the character's descent into darkness, the death of his innocence, and his eventual rebirth as a monster. The purpose of the design was to create unique, special-edition packaging that would reflect what fans love about the series in a creative and engaging way.

The Tokyo Ghoul Collector’s Edition packaging was incredibly well-received by our fans and nearly 100 copies have been sold since it was released in October 2015.