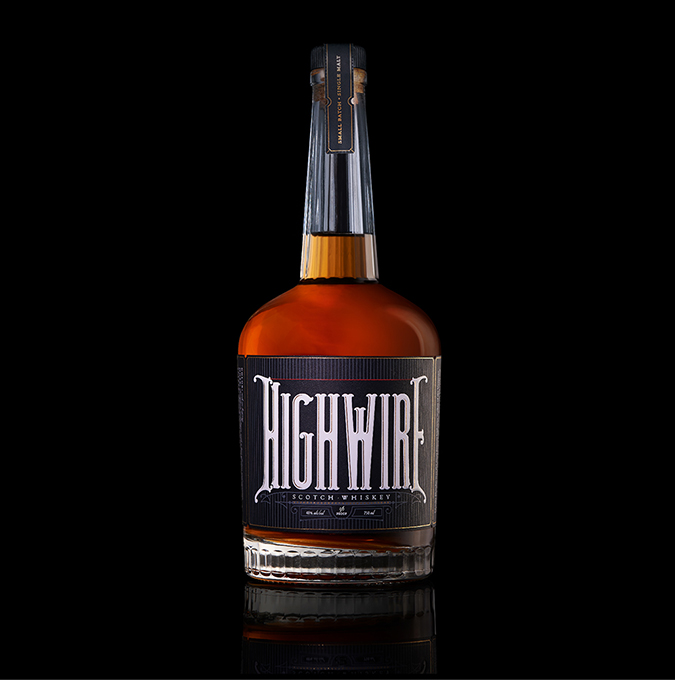 Design a liquor bottle label based on the story of a Victorian Era figure.

Highwire Whiskey is inspired by Charles Blondin, the most famous wire walker of the Victorian Era. On his first walk across Niagara Falls, he sat down on his cable and called for the Maid of the Mist to anchor beneath him. He cast down a line and hauled up a bottle whiskey. He took a swig and began to run after he passed the sagging center.

Using Victorian lettering, the design embodies the unique balance of precision and theater involved in the art of highwire walking.