The evolution of the candlelight protests in South Korea 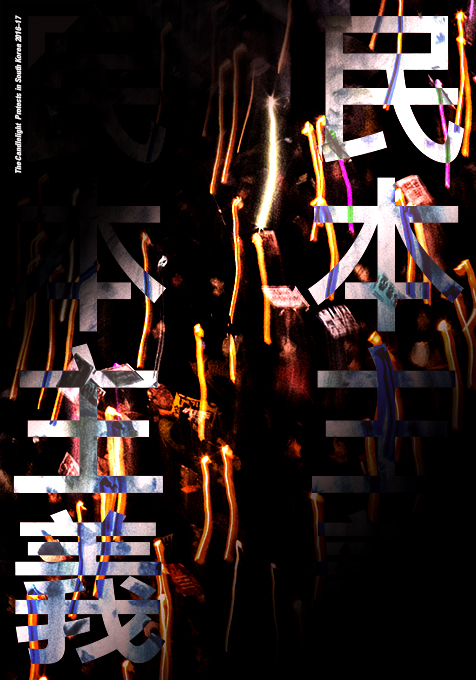 The poster is about the evolution of the candlelight protests in South Korea late 2016 – early 2017.

Background:
Hundreds of thousands in a candlelight rallied in central Seoul on November 25, 2016 for a fifth week of protests against President Park Geun-hye, in the largest ongoing series of demonstrations in the country since the 1987 movement to democratize South Korea.

Organizers of the rally estimated, there were over sixteen million participants in the protests over a period of five months. (The protests went through March 2017.)

It was largely peaceful, as were previous rallies, with songs and speeches striking a festive tone mixed with angry calls for her to quit.

On December 9 2016, President Park has been impeached by parliament over a corruption scandal.

Creative Process:
I was using a moving image of candlelight in the protest and designing with a Chinese letter 民本主義, which means democracy. The main theme of poster is represents of the civil rights movement in South Korea.

It is well representing a power of the civil rights movement and peaceful pretests in South Korea.