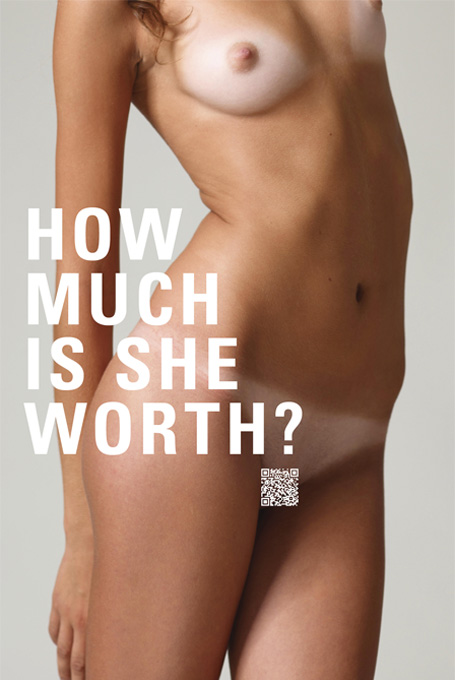 I created a advertisement series, a poster series, and a linked phone image series.

The poster series which is what I've highlighted with this submission uses a QR code to deliver an image or statistic to the user's phone to interrupt the fantasy that could be formed by viewing the image.