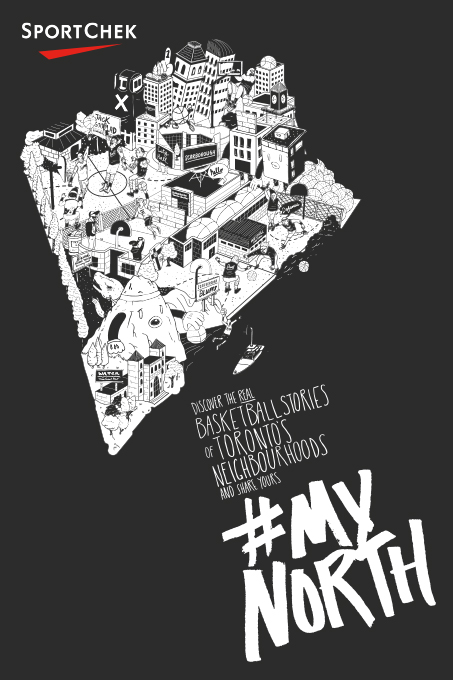 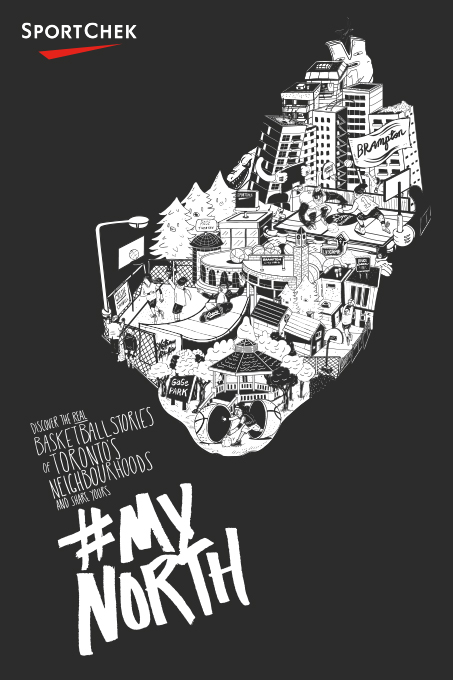 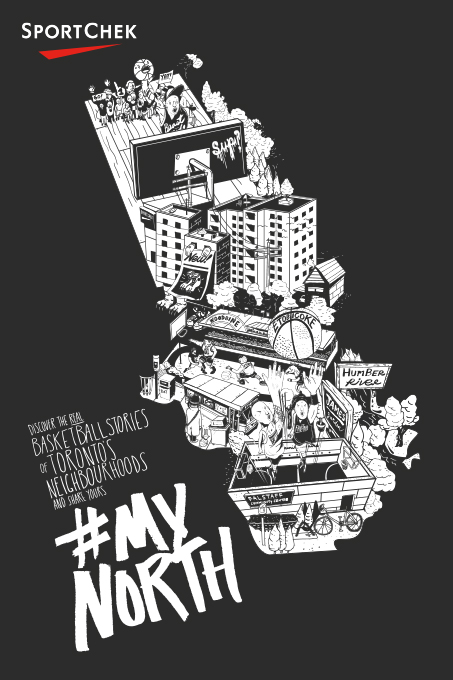 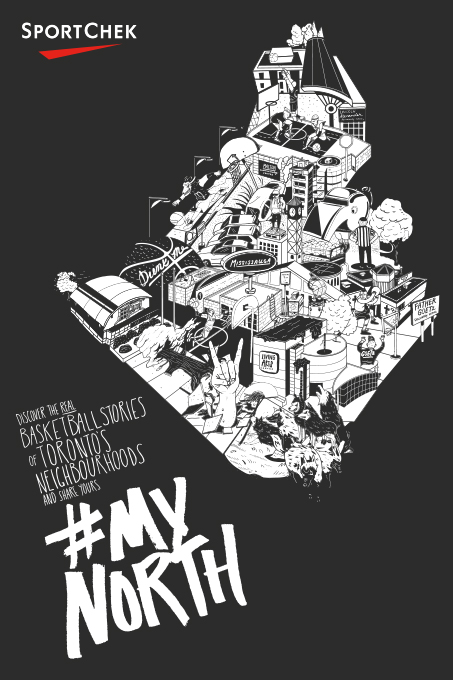 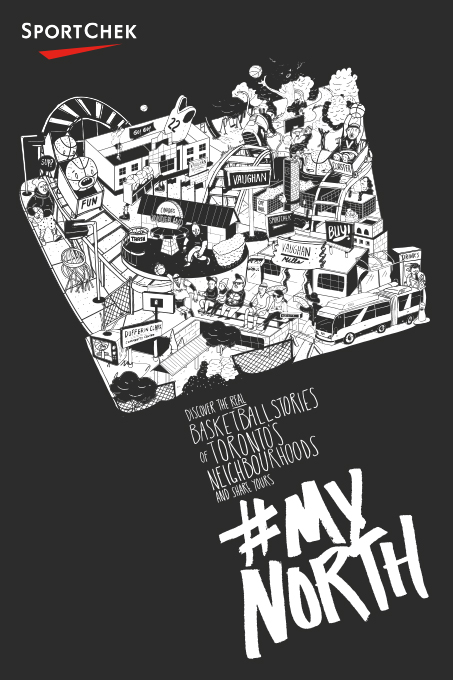 The assignment was to mark Sport Chek’s (Canada’s largest sports retailer and most famous for hockey) inaugural sponsorship of the Toronto Raptors and to drive affinity for Sport Chek as a basketball destination. Given that Sport Chek was targeting a new more urban demographic, we wanted to do more than merely let the city know we stood behind their team.

Knowing that credibility in basketball is born in the street we worked with a local basketball consultant to uncover the unknown and untold stories that made up the legacy of Toronto ball. Given the city had been swept by Raptor fever, we wanted to ensure the city knew its balling legacy extended beyond the team to the neighbourhoods that made up the city.

After unlocking the cities storied past we worked with a Toronto-born illustrator to
to capture the unique stories of Toronto’s nine distinct neighbourhoods and bring them to life in an immersive map. The Map forms a visual narrative of Toronto’s balling legacy – neighbourhood by neighbourhood. The featured regions of the GTA are brought to life (Brampton, Markham, Vaughan, North York, York, Etobicoke, Mississauga, Scarborough and Toronto) with distinct illustrations that were shared in posters around their respective communities.

We then created a social invitation on YouTube inviting Torontonians to tell their own stories. We also created a series of mini-documentaries to spurn interest and show Sport Chek’s commitment to supporting basketball in the city.

Already with over 17,000,000 social impressions and over 1000 stories submitted to the hash tag #MYNORTH, the city’s legend as a basketball culture grows with Sport Chek playing host to the action.