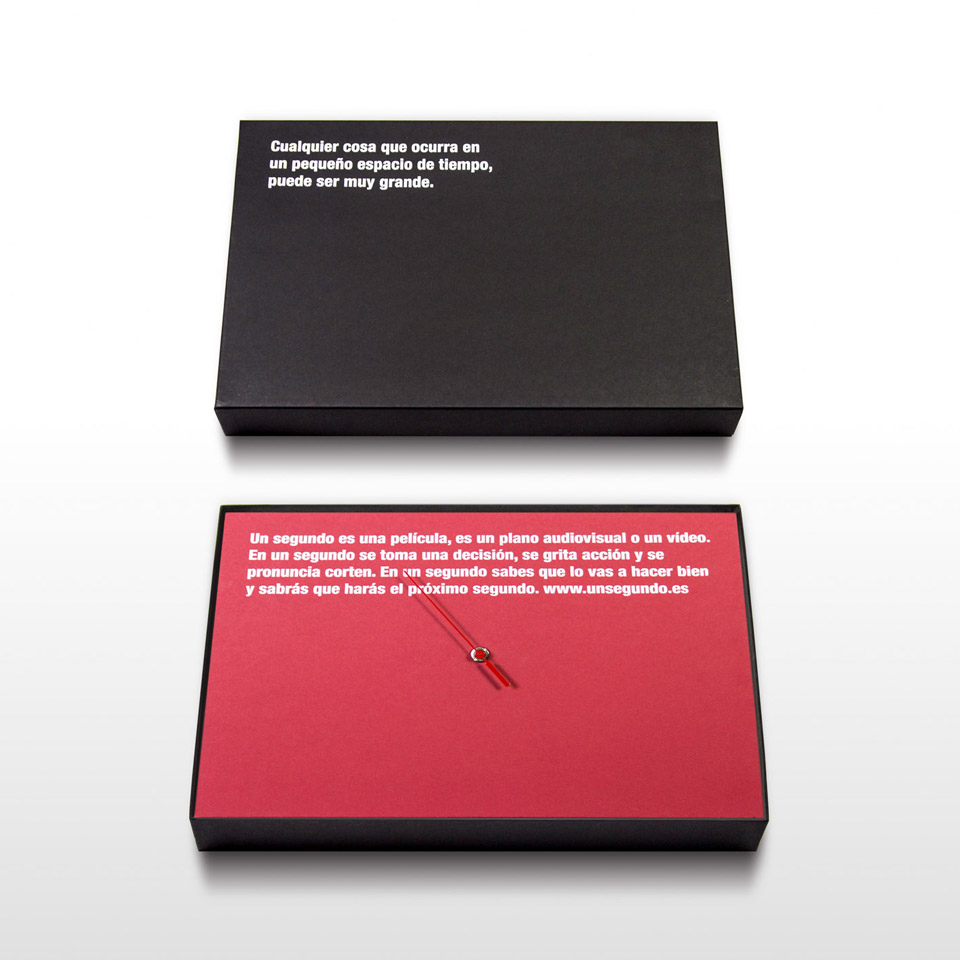 Un Segundo (one second) is an audiovisual production entity that needed to make itself known, through means of direct marketing, which would be sent via conventional messaging to different advertising agencies. The primary objective was to capture attention and obtain a work interview in which the production company could show its demo reel of previous work and establish a professional relationship.

Going off of the company name, “Un Segundo” (One Second), we built a case with clock inside, with only the second hand on it. The case’s lid bore a message whose purpose could generate interest in its contents, “Cualquier cosa que ocurra en un pequeño espacio de tiempo, puede ser muy grande” (“Any occurrence within small points in time can be enormous”), and then inside, behind the second hand was a text reading: “One Second is a film, an audiovisual plane or video”. Within one second, decisions are made, ‘action’ is called, and ‘cut’ is announced. Within one second, you know that you will do good, and what shall be done in the next second. www.unsegundo.es" would ultimately direct to the company website. Fifty units were sent to different advertising agencies and institutions.

The shipment was a success. Of the 50 shipments made, 27 received responses, establishing 27 interviews in total, as well as the chance to demonstrate the works completed and to establish professional relationships.